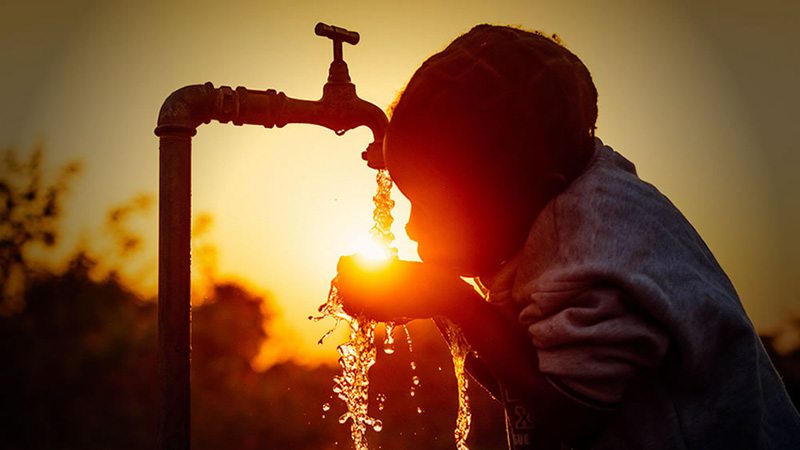 Pakistan is sitting on a resource time bomb and, unfortunately, to say the least, there is limited understanding and planning to diffuse these imminent threats. We have consistently failed to devise futuristic strategies and have only focused on myopic self-serving ideas. We have not made a proper strategy for power generation, apart from the one made by Shaheed Mohtarma Benazir Bhutto in 1994, and the end result of not making a strategy was a severe power shortage which not only stifled the economic development of our country but also affected our daily lives. We had huge reserves of natural gas, but instead of using them in a planned manner, we misused the local gas reserves for fueling cars, resulting now in Pakistan having to import LNG. Pakistan should have looked towards alternate sources of energy, particularly in line with the green initiative, the most obvious being wind energy, but unfortunately despite the fact that Pakistan is blessed with a huge wind corridor in Sindh, this option was out rightly ignored. The government of Sindh after devolution has taken efforts to establish wind energy projects and one can see a number of functional windmills especially in the area of Jhimpir and Thatta. However, such projects have not been facilitated by the PML N Government since the tariff of power projects is approved by NEPRA. Moreover, a ban on the approval of all renewable energy projects was also imposed by Nawaz Sharif Government in the year 2015. There seems to be no justifiable reason for such bottle necks, but the end result is that Pakistan has suffered.

Water is another issue, where one feels that successive governments have failed to make some proactive futuristic strategy. With regards to this basic necessity of life, Pakistan has only two sources. One is the ‘River Indus’ and the other is ‘Rainfall’. Pakistan being an agricultural country, the River Indus also has to provide for irrigation water as well as water for industries and domestic consumption. The rain water only supplements the shortfall. The population has increased to about 220 Million while resources are getting scarcer by the day. Despite the efforts of the state over decades to control the population through population planning, our population continues to increase at 2.5% per annum. While the resources, on the other hand, have fast depleted due to less water in the River Indus and also significant lack of rainfall. In order come out of this quagmire, Pakistan needs to have a plan for smart use of water but also look towards alternate source of water. Pakistan has been blessed with a huge coastline spanning over 1046 kilometers. The said coastline can be used for developing desalination plants which can meet the water needs of people living in Southern Sindh and Baluchistan. However, despite being an extremely important issue, little or no attention has been paid to it. Just to explain this predicament, let me share the interaction that I had with a senior dovernment officer who hails from Baluchistan. He told me that there is no water for domestic use of the local residents of Gwadar City and despite the availability of infrastructure (including a dysfunctional desalination plant) the residents of Gwadar don’t have drinking water available to meet their needs. And here we are harping on Gwadar being the gateway to CPEC. How would we have any sort of development of business (and I emphasize sustainable development) if water is not available in the area. As per a report published in a daily on 2nd October, 2017 Ahsan Iqbal claims that a desalination plant will now be set up in Gwadar as part of CPEC. Good omen but one only wonders when will it become operational.

Similarly, Karachi – Pakistan’s commercial hub and one of the largest metropolitan cities in the world, is a city which contributes the major chunk to our national earning. However, it is regrettably stated that there are numerous areas in Karachi which are deprived of water supply. This includes the posh and affluent areas of Clifton and Defence. As well as areas like Manghopir or PECHS. With the growing affluence in the city, fueled by rising property prices and overall growth, paying for basic amenities is the order of the day. Take the example of water supplied through tankers. Water tankers are supplied at a price of Rs. 4,000+ and literally people have no choice but to procure these tankers. Is that fair? Is that fair for a city which is by far the biggest contributor to national exchequer, a city which houses people from all over the country? Though the government of Sindh has initiated work on K-4 (first phase expected to finish on 30th June, 2018) one wonders if the water worries of this city would be over forever. Like Gwadar, the solution for Karachi and other coast line districts of Sindh is the development of desalination plants. It is therefore imperative that the Federal Government should get rid of its myopic glasses and fund the establishment of desalination plants in Karachi & Thatta, so that the people of Sindh get some relief from their water woes. Moreover, the citizens must also pay their share of the water bill, an aspect that the people have totally become oblivious to. I may also stress that such plants will only be sustainable and efficient, if the Government devises a fair & effective mechanism of recovery of water bills from the end users.

As population increases, there will be bigger stresses on water supply affecting the quality of lives of the people of Pakistan. The Public and Private sector both have to work together to overcome the water shortage. Desalination plants operate in more than 120 countries in the world, including Saudi Arabia, UAE, Oman, Algeria, Egypt, USA, Spain, Cyprus, Portugal, Greece, Italy, India, China, Japan, Australia and many more. Some of these countries have enormous fresh water resources like USA, Egypt, India, China and some which have literally none like the Gulf countries.

Closer to home, the largest desalination plant in South Asia is the Minjur Desalination Plant near Chennai in India followed by another plant at Nemmeli. Both of these plants have a combined capacity of 200 Million Liters per day. Imagine, Chennai is a city that gets 55 inches of average rainfall per year compared to Karachi which gets merely 6.7 inches of rainfall per year, yet Chennai has invested in Desalination plants to help support the city’s requirement and not stress the groundwater resources. While the cost of establishing such a plant in Karachi, Thatta & Gwadar is linked to the type of fuel to be used and financing cost of capital, the benefits in the long run outweigh the possible costs. With the thrust of using coal for power generation and abundant coal expected to be made available from Thar, it is all but natural that the next step should be establishing desalination plants in the form of small corporations or cooperation based societies.

According to Global Water Intelligence, a leading consultancy and publication focusing on water issues, “around 1% of the world’s population is dependent on desalinated water to meet their daily needs, but by 2025, the UN expects 14% (meaning more than 1 billion) of the world’s population to be encountering water scarcity. Unless people get radically better at water conservation, the desalination industry is the only way forward.

We are lucky enough to have a coastline that can be dotted with desalination plants and allow for our cities’ populations to be sustainable, while the water coming through rivers and lakes can be utilized appropriately for agricultural needs, which are all the more necessary for our food security and feed our growing population. It is need of the hour that Federal Government funds establishment of desalination plants in the Southern parts of Sindh & Baluchistan so that a basic necessity like water is actually provided to peoples’ door steps.

The writer is member Senate of Pakistan