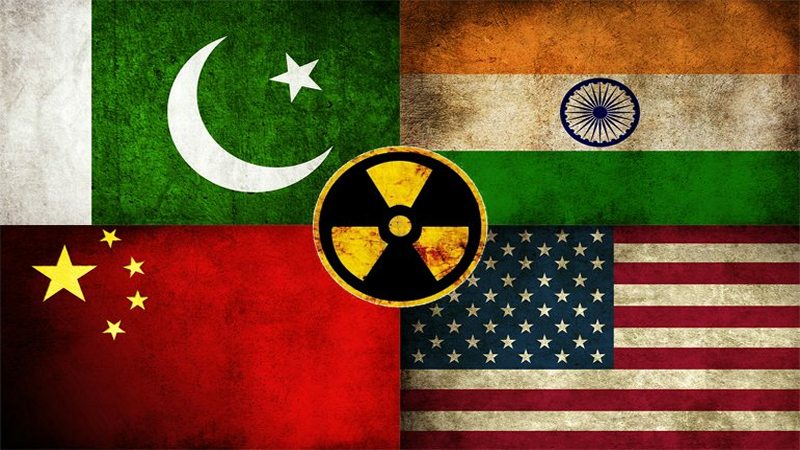 Such as since the introduction of nuclear weapons, Pakistan has effectively deterred India’s aggression on various occasions. Therefore, nuclear deterrence between India and Pakistan plays a vital role in maintaining strategic stability in South Asia.

Since the inception of the nuclear age, the credible deterrence posture is defined as one which can enable a state to survive a preemptive first strike by its opponent but still retain sufficient nuclear weapons and delivery systems to deliver a second strike that can cause unacceptable level of damage to the opponent.

Deterrence is a dynamic concept based on multiple inter-linked features including nuclear technology, doctrinal postures and international nuclear regimes

Consequently, deterrence is a dynamic concept based on multiple inter-linked features including nuclear technology, doctrinal postures and international nuclear regimes. Change in the nuclear postures, sophisticated missile capabilities, shift in state’s nuclear policy, shifting security environment and access to nuclear related material, technology and infrastructure are the key features that can affect the deterrence posture and nature.

Apparently, nuclear doctrines of South Asian nuclear states are based on minimum credible deterrence. But Since 2003, statements by India’s nuclear strategists and officials have indicated that India is shifting its nuclear doctrine of ‘No First Use’ to ‘First-Use’.

For instance, India’s former National Security Advisor, Shivshankar Menon articulated in his book that ‘India might find it useful to strike first against an adversary poised to launch or that declared it would use its weapons’, this statement was a clear reference to Pakistan. However, India’s vague nuclear strategy and hints of doctrinal shift are neither new nor surprising for Pakistan. For India’s nuclear history is full with such contradictory statement but such contradictory assertions are posing serious challenge to nuclear deterrence.

In contrast, Pakistan’s nuclear doctrine is Indian centric and aim’s to deter India’s aggression. Therefore in response to India’s shifting nuclear strategy and growing capabilities, Pakistan’s NCA has endorsed a ‘Full Spectrum Deterrence’. What is meant by full-spectrum?

Lt Gen Khalid Kidwai pointed out that Full Spectrum Deterrence policy guides the development of nuclear capability, which brings every Indian target into Pakistan’s striking range. Consequently, Pakistan is developing a “full spectrum of nuclear weapons in all three categories — strategic, operational and tactical, with full range coverage of the large Indian land mass and its outlying territories” including Nicobar and Andaman Islands. For developments of the command by India at these Islands will severely undermine the deterrence and regional strategic stability.

After the introduction of ‘India’s Cold Start Doctrine’ and in response to growing conventional forces asymmetry, Pakistan has increased its reliance on nuclear weapons. Though, India tries to formulate alternative strategies around nuclear deterrence to achieve its regional and global strategic ambitions. However, Pakistan has countered the Indian technological and missile developments with calculated responses to uphold deterrence and strategic stability in the region.

Such as, successful test of Multiple Independent Re-entry Targetable Vehicle (MIRV), Ababeel is a reliable measure against Indian Ballistic Missile Defence (BMD) system. Additionally, India’s testing of Agni IV and Agni V in year 2017 has demonstrated that the development of low yield Nasar is a stabilising addition to the prevailing deterrence equation. However, in the shifting regional security environment, arms race, vertical proliferation, war mongering mindset of political elites and absence of arms control regime is viewed as unavoidable challenge to deterrence equilibrium at tactical level as well as strategic level.

India’s growing conventional and military capabilities, shifting nuclear strategy and aggressive policies have the potential to disturb the regional peace and stability but India is not willing to pay any heed to emerging challenges of deterrence. Therefore, Pakistan has adequately prepared itself to address the challenges of Indian aggression by maintaining credible nuclear deterrence and conventional defence. Pakistan’s counter measures such as development of Nasr and Ababeel has thwarted India’s Cold Start Doctrine and Ballistic Missile Defence System because facing the instability and aggression is not an option.

To conclude, it is imperative for Pakistan to modernise its nuclear weapons to deter India from taking any offense against Pakistan. Accordingly, any compromise on its nuclear weapon advancement and modernisation can be dangerous for regional stability and its own national security.