INGOs are not the problem

One month ago, the government of Pakistan sparked concern both here and abroad when it expelled some 29 international non-governmental organisations. No concrete explanation was provided beyond the rather vague allegations that these had been both working in unauthorised areas and beyond their mandate.

Action Aid was among those given marching orders. This is one INGO that has reached out to underprivileged communities in the furthest and most far-flung areas of rural Sindh and Punjab. It has worked hard in providing access to schools as well as information about natural disaster risks and other important key issues. Therefore, I, for one, would like the government to come clean and tell us, the people of Pakistan, what is the real ‘agenda’ behind kicking out these groups?

The answer, I imagine, is fairly simple. The state is trying to steer society, the nation, in a particular direction that pays little or no regard to human rights. After all, if this were not the case it would have granted Action Aid and others the opportunity to answer the charges against them. Especially considering how hard most INGOs work here in Pakistan; effectively doing the government’s work for it. Meaning in terms of providing, for example, clean drinking water in areas of Thar and other rural areas of the country; setting up schools and generally working for social justice. Indeed, instead of accusing them of anti-state activities – the government ought to be appreciative of the fact that INGOs still want to work here despite the security risks and even the less than warm reception offered at times by ordinary citizens.

It would be better if the government focused on anti-state activities from within. Especially regarding the harassment and abduction of human rights activists. After all, the shutting down of INGOs is part of a wider campaign that finds freedom of any sort intolerable

According to friends working in the development sector in Islamabad the biggest challenge they face in ‘getting the job done’ is red tape. Meaning that government departments take far too long when it comes to issuing visas and Non-Objection Certificates to their foreign colleagues. This can take up to three or four months. And even once they make it to Pakistan – they remain under the eagle eyes of the Interior and Foreign ministries and, of course, the intelligence agencies. The fallout of all this is that INGO employees become disheartened and decided it better not to come to Pakistan.

In addition, those with whom I have spoken live in a state of constant worry in terms of their professional future. After all, funding for INGOs is also dependent on government issued Memoranda of Understanding. And it doesn’t end there. The Interior ministry has on its website a checklist of some 15 separate documents, the submission of which are required before the registration process can be completed. Thus INGOs are duty bound to provide tax returns, staff particulars, proof of registration in the country of origin, funding details (including written guarantees of continued funding). Incidentally, compliance with these rules and regulations was not enough to prevent ActionAid and others from being kicked out of Pakistan. 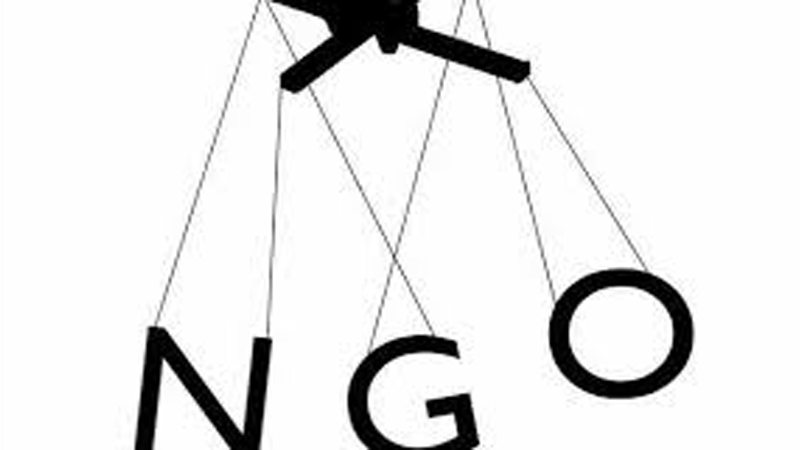 I would like to sincerely request the government to reconsider its decision. For INGOs are truly working for the betterment of Pakistan. They are dedicated to the welfare of the people, to affecting capacity-building and spreading awareness. In short, these organisations address the macro-political issues of the country. Moreover, some potentially promising results are beginning to emerge from the ongoing efforts of coalitions and networks of (I)NGOs and community-based organisations (CBOs) to empower citizens to better understand the nature of democracy, political representation and the role of the electorate. Thus we may see NGOs (both local and international) as catalysts for change.

It would be better if the government focused on anti-state activities from within. Especially regarding the harassment and abduction of human rights activists. According to reports, in 2017 some 14 people were picked up and interrogated from major urban centres, including journalists, political workers and social media activists. Thus the shutting down of INGO operations is part of a wider campaign that finds freedom of any sort intolerable.

Thus I would like to humbly request the Pakistani government to provide INGOs with a professional environment, thereby enabling them to implement the development agenda more economically and efficiently by applying flexible and innovative methods at the grassroots levels. (I)NGOs perform the important functions of raising awareness and identifying prevailing social disparities. And this can only be a good thing for Pakistan.

The writer is a Lahore-based social and political activist. He can be reached at salmanali088@gmail.com and tweets@ Salmani_salu