In the list were included Myanmar, China, Eritrea, Iran, North Korea, Sudan, Saudi Arabia, Tajikistan, Turkmenistan and Uzbekistan. In addition to this, Pakistan has been placed in a ‘special watch list’ — a newly created category slightly below than the category of CPC. Since 2002, the US Commission on Religious Freedom has designated Pakistan as a country of particular concern but it was never added to the final list of CPCs.

Reacting to the decision, Chairman of the Commission on Religious Freedom Daniel Mark called it a “surprise and disappointment”,   Pakistan should have been included on the list of CPCs. He also stated, “The designation of these countries is a key step in ensuring continued US engagement in support of international religious freedom. Although USCIRF agrees with the 10 countries on the State Department’s list, it does not go far enough”

One of the main reasons for the political doldrums between the US and Pakistan as well as other neighbouring countries is a weak foreign policy and international lobbying. The Pakistani people and its political leadership are reacting to the US Presidents Tweet. A narrative of hate against the US is being nurtured, which unfortunately does not serve Pakistan rather it helps the enemies of Pakistan who already have a strong lobby in US think tanks.

Unfortunately, some politicians and talking heads are selling an anti-American narrative which is widely accepted by the masses because, generally commoners do not understand the complex structures of foreign policy and international relationships. They always perceive the US as a threat to the Islamic sovereignty of Pakistan. The inclusion of Pakistan in the ‘special watch list’ is the result of continuous reports from the UNCIRF.

Unfortunately, some politicians and talking heads are selling an anti-American narrative which is widely accepted by the masses because, generally commoners do not understand the complex structures of foreign policy and international relationships

Not only this, several other credible worldwide human rights organisations have challenged Pakistan’s deteriorating record of human rights and the religious liberty. In 2017, Open Door, a worldwide Christian organisation, declared Pakistan the fourth worst country in terms of persecution of Christians.

On 10th of January a new list is being released by Open Door, and it is likely that Pakistan’s ranking will not have improved. Responding to US decision of the new watch list category, the foreign office offered the same false narrative, that the Pakistani constitution ensures minorities’ rights. In a few days, so-called ‘selected minority members’ will be used to propagate to the world that minorities are ‘safe’ in Pakistan.

The track record however, completely contradicts Pakistan’s standpoint regarding the treatment of religious minorities. Instead of statements against statements, the country must recognise that since 2002, the US Commission has designated Pakistan as a Country of Particular Concern, though was never declared by the US State Department. Our diplomatic or social anger will never change the realities. Contrary to the stance of the Foreign Office, the constitution of Pakistan does not recognise religious minorities as equal citizen of the state.

Religious minorities have been denied their right to elect their own representatives with their vote. Members of religious minorities are destined to work as cleaners and sweepers, discriminatory adverts are evident that these menial jobs are ‘for non-Muslims only’. Pakistan must admit that the federal and provincial governments are completely non-serious about the actual numbers related to electoral participation in the country, therefore in the last two decades, the religious minorities enumeration never increased from a paltry three percent.  According to the Government website, the registered population of Christians is 1.6 percent whereas the documented reports from the Church and para-Church organisations, the numbers should be twice as much. 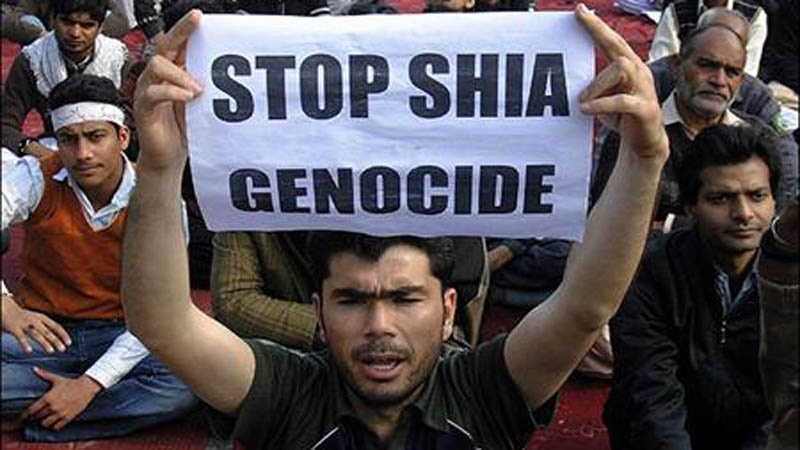 In the 2017 census, certain corrupt officials replaced the faith of illiterate Christians and Hindus with Islamic identity which drastically reduced the minorities counting. If this wasn’t enough, because of the very casual attitude towards minorities, their final statistics have not been announced. The registration of Hindu and Christian marriages is another challenge poor minorities’ face in the country. Despite the court verdict, Christian marriages in Punjab and Hindu marriages in Sindh are not being registered in a local government registry.

The school curriculum in Pakistan is constantly demonising non-Muslims. Discriminatory content is included in children books which labels minorities as aliens or unworthy human beings. After the PML-N government in Pakistan, the British government pledged£225million for educational reforms in Pakistan. But not much was achieved to bring a balanced teaching content for Pakistani schools.

The Non-Governmental Organisations operated by religious minorities have serious complaints against the local handlers of USAID and DFID-UK for not supporting their institutions and projects. A substantial portion of funds goes to non-existent ghost or fake projects and corrupt government officials abuse the international funding which is always meant to the development of the poor and marginalised sections of the society including religious minorities.

Being proclaimed non-Muslims, Christians, Hindus, Sikhs and other religious minorities have their symbolic representations in the political system, but the Ahmadia community is not even acknowledged and has been placed in the category, ‘personae nongratae’. Because of anti-Ahmadi constitutional provisions during the last few decades, at least 40 Ahmadis have been sentenced to death.

Shia Muslims face sectarian violence quite often in Pakistan, both from terrorist organisations and other dominant religious denominations. The non-prosecution of the attackers of minorities has generated an environment of impunity that now brings more lethal challenges and encouragement to the elements of social aggression. In conclusion, instead of refuting realities, we need to recognise them. An energetic rebutted statement regarding the treatment to minorities from the foreign office is the composite ignorance of Pakistan’s social realities.