The meaning conveyed by those cunningly crafted caricatures was to illustrate that Trump lacks the intelligence to think for himself and that he is being manipulated and played around by Putin and Bannon. Those caricatures must have affronted Donald Trump’s vanity to the extent that after the publication of those caricatures, he became ill-disposed towards Putin and fired Bannon from his job as the White House chief strategist.

Donald Trump is an impressionable man-child whose vocabulary does not extend beyond a few words and whose frequent typographical errors on his Twitter timeline, such as ‘unpresidented’ and ‘covfefe’ have made him a laughing stock for journalists and social media users alike.

Nevertheless, it is  pertinent to mention here that unlike dyed-in-the-wool politicians, like Barack Obama and Hillary Clinton, who cannot look past beyond the tunnel vision of political establishments, it appears that Donald Trump is familiar with alternative news perspectives, such as Steve Bannon’s Breitbart, no matter how racist and xenophobic.

Though far from being its diehard ideologue but Donald Trump has been affiliated with the infamous white supremacist ‘alt-right’ movement, which regards Islamic terrorism as an existential threat to America’s security. Trump’s recent tweet slamming Pakistan for playing a double game in Afghanistan and providing safe havens to the Afghan Taliban on its soil reveals his uncompromising and hawkish stance on terrorism.

Donald Trump is an impressionable man-child whose vocabulary does not extend beyond a few words and whose frequent typographical errors on Twitter, such as ‘unpresidented’ and ‘covfefe’ have made him a laughing stock for journalists and social media users alike

Many political commentators on the Pakistani media are misinterpreting the tweet as nothing more than a momentary tantrum of a fickle US president, who wants to pin the blame of Washington’s failures in Afghanistan on Pakistan. But along with the tweet, the Trump administration has also withheld a tranche of $255 million US assistance to Pakistan, which shows that it wasn’t ‘just a tweet’ but a carefully considered policy of the new US administration to persuade Pakistan to toe Washington’s line in Afghanistan.

Regarding Pakistan’s duplicitous stance on terrorism, it’s worth noting that there are three distinct categories of militants operating in Pakistan: the Afghanistan-focused Pashtun militants; the Kashmir-focused Punjabi militants; and foreign transnational terrorists, including the Arab militants of al-Qaeda, the Uzbek insurgents of Islamic Movement of Uzbekistan (IMU) and the Chinese Uighur jihadists of the East Turkistan Islamic Movement (ETIM). Compared to tens of thousands of native Pashtun and Punjabi militants, the foreign transnational terrorists number only in a few hundreds and are hence inconsequential.

Tehreek-e-Taliban Pakistan (TTP), which is mainly comprised of Pashtun militants, carries out bombings against Pakistan’s state apparatus. The ethnic factor is critical here. Although the Pakistani Taliban(TTP) like to couch their rhetoric in religious terms, but it is the difference of ethnicity and language that enables them to recruit Pashtun tribesmen who are willing to carry out subversive activities against the Punjabi-dominated state apparatus, while the Kashmir-focused Punjabi militants have by and large remained loyal to their patrons in the security agencies of Pakistan.

Although Pakistan’s security establishment has been willing to conduct military operations against the Pakistani Taliban (TTP) which are regarded as a security threat to Pakistan’s state apparatus, but as far as the Kashmir-focused Punjabi militants, including the Lashkar-e-Taiba and Jaish-e-Mohammad, and the Afghanistan-focused Quetta Shura Taliban, including the Haqqani network, are concerned, they are still enjoying impunity because such militant groups are regarded as ‘strategic assets’ by Pakistan’s security agencies. 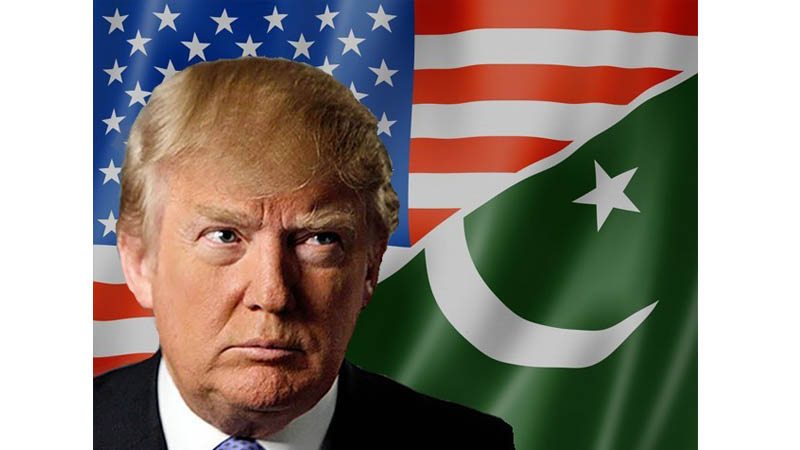 Moreover, it would be pertinent to mention here that in October 2016, one of Pakistan’s leading English language newspapers, Dawn News, published an exclusive report  dubbed as the ‘Dawn Leaks’ in Pakistan’s press. In the report titled ‘Act against militants or face international isolation,’ citing an advisor to the prime minister, Tariq Fatemi, who has since been fired from his job for disclosing the internal deliberations of a high-level meeting to the media, the author of the report Cyril Almeida contended that in a huddle of Pakistan’s civilian and military leadership, the civilian government had told the military’s top brass to withdraw its support from the militant outfits operating in Pakistan, specifically from the Haqqani network, Lashkar-e-Taiba and Jaish-e-Mohammad.

After losing tens of thousands of lives to terror attacks during the last decade, an across the board consensus has developed amongst Pakistan’s mainstream political forces that the policy of nurturing militants against regional adversaries has backfired on Pakistan and it risks facing international isolation due to belligerent policies of Pakistan’s security establishment. Not only Washington, but Pakistan’s ‘all-weather ally’ China, which plans to invest $62 billion in Pakistan via its China-Pakistan Economic Corridor (CPEC) projects, has also made its reservations public regarding Pakistan’s continued support to the aforementioned jihadist groups.

Thus, excluding a handful of far-right Islamist political parties that are funded by the Gulf’s petro-dollars and historically garner less than 10% votes of Pakistan’s electorate, all the civilian political forces are in favour of turning a new leaf in Pakistan’s chequered political history by endorsing the government’s decision of an indiscriminate crackdown on militant outfits operating in Pakistan. But Pakistan’s security establishment jealously guards its traditional domain, the security and foreign policy of Pakistan, and still maintains a distinction between the so-called ‘good and bad’ Taliban.

Finally, after Trump’s recent outburst against Pakistan, many wilfully blind security and defence analysts are suggesting that Pakistan needs to intensify its diplomatic efforts to persuade the new US administration that Pakistan is sincere in its fight against terrorism. But diplomacy is not a pantomime in which one can convince one’s interlocutors merely by hollow words without substantiating the words with tangible actions.

The double game played by Pakistan’s security agencies in Afghanistan and Kashmir to destabilise its regional adversaries is in plain sight for everybody to discern and condemn. Therefore, Pakistan will have to withdraw its support from the Afghan Taliban and the Punjabi militant groups, if it is eager to maintain good working relations with the Trump administration and wants to avoid economic sanctions and international censure.