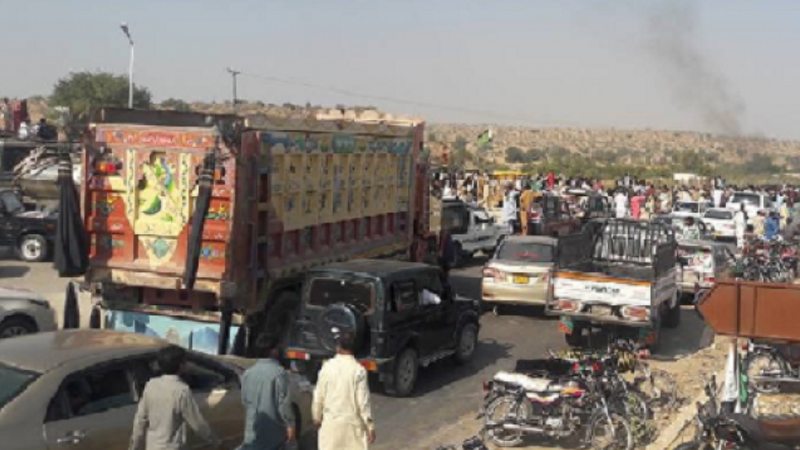 KARACHI: Several members of the Hindu community and civil society activists on Sunday held a protest demonstration in front of the Karachi Press Club (KPC) against the murder of two Hindu brothers in Mithi city of Tharparkar two days ago. Both brothers, Dileep Kumar and Chander Kumar Maheshwari, were shot and killed in unidentified armed men on January 5. A large number of people gathered at the KPC to register their protest against what they said were deliberate attempts to disrupt communal harmony in Thar region. The demonstration was led by Raj Kumar from the Sindh Secular Forum. Others present on the occasion were Dr Jaipal Chhabria of Pakistan Tehreek-e-Insaf (PTI) minority wing, Shujaa Qureshi, A B Rathor and Chander Kumar. The protestors, carrying placards and banners, demanded immediate arrest of the murderers. Speaking on the occasion, Raj Kumar said it was a conspiracy against the minority communities to compel them to migrate from Sindh. He said the Thar is a peaceful region and there is no communal tension between Hindu and Muslim populations. He said we are sons and daughters of this soil and we love our motherland. “We will not leave Sindh at any cost. I appeal to the Sindh government and the IGP to take immediate action and ensure arrest of culprits.” Dr Jiapal said, “Sindh is the land of Sufis and such crimes would not be tolerated here.” He asked the Sindh government to restore peace in Thar and Mithi areas. Meanwhile, Mithi police registered an FIR in the matter on Sunday against unidentified men and started investigations.