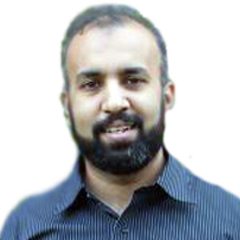 Religiosity and the piety brigade

We only have two options left; stay silent and watch the piety brigade enslave our children for the rest of their lives or to speak up and do something

The piety brigade rules Pakistan. Whoever you are and whatever you do, you will need the piety brigade to certify your religiosity if you want to live in Pakistan. Whether it is a military general, the law minister or any other politician, no one is beyond their purview. Piety brigade can declare anyone’s religiosity suspect at any time and that is where it draws its power. While these high-profile personalities receive all the media attention, scores of people across the country navigate their daily lives fearful of the wrath of the piety brigade. From the increased policing of women’s clothing in higher educational institutions, workplaces and bazars, to the shopkeepers being forced to give chanda for religious events and the ever suspect religiosity of desi liberals, the piety brigade is increasingly encroaching in our lives.

Recently, the state has allowed the piety brigade to start issuing a new certification. This Love of Prophet Muhammad (PBUH) certification can now be required by the piety brigade from anyone at any time. Failure to produce this certification can result in potentially fatal consequences. I would have assumed that this wouldn’t be a requirement in a country with an overwhelming majority of people self-identified as Muslims but not many things I knew about religion growing up can be taken for granted in Pakistan anymore. Another hallmark of this new certificate is that it can be rescinded at any time if you even remotely disagree with the brigade. The fabricated binary of ‘either you are with us or you don’t love the Prophet’ is incredibly effective both in its simplicity and its audaciousness. Who would be foolish enough to contest the brigade in such a case, especially when everyone can see the state representatives kneeling before the piety brigade at every turn?

There are different criteria for the issuance of this certification which the piety brigade is free to decide at its discretion. You can get a certification by donating money or participating in religious processions of the piety brigade. This option, however, is chosen only by few devout members of the brigade. The easiest way to qualify for a certification is to let the brigade do whatever it wants in the name of Prophet Muhammad (PBUH) even if those things are antithetical to his mission of peace and harmony. This option is being adopted by the majority in our country as it stands in silence as the piety brigade increases its influence in our homes, offices and public places.

Like most of you, I also fear the piety brigade and have worked hard to stay silent over whatever they have been doing till now. I probably would have maintained my silence if not for my children who I want to raise in this country. I can also leave Pakistan and live abroad as most of my friends did who now advise me to comply with the piety brigade while they raise their children in the comforts of secular democracies. They chose what they thought was best for them and I don’t blame them for doing so. For a variety of reasons, however, I have not chosen to do so.

So, I only have two options left; stay silent and watch the piety brigade enslave my children for the rest of their lives or to speak up and do something. I grew up loving religion. When I was young, religion seemed to stand for love, peace and harmony in this world. Importantly, religiosity used to be a personal matter. You did not need to convince people around you of your piety. We were told that good deeds like charity and other good deeds were best done secretly and that loving the Prophet (PBUH) meant becoming a good person based on his exemplary conduct.

However, this is not true in Pakistan anymore. We have allowed the piety brigade to use religion an excuse to hate others, incite violence and to legitimise their personal ambitions. Ask yourself, when was the last time you saw religion being used as an argument to love others and to spread peace and harmony? All of us have been complicit in letting this change happen. I must accept that I have been part of the problem in staying silent as the piety brigade established its monopoly over religion.

As a parent, however, I can’t continue doing this anymore. I can’t condemn my children to a life of servitude of this piety brigade. So, I have decided to start speaking up and cancel my certification from the piety brigade. I suggest you do the same.

Disclaimer: The opinions expressed in this article are those of the author and do not necessarily reflect those of his institution.

The writer is Assistant Professor at Director Centre for Governance and Public Management, LUMS