Zubaida Tariq was much more than just a celebrity chef. She was a fashion icon. Even in her early 70s, she was an epitome of grace and style, inspiring many to be just like her

The news came out as a big shock for not just those were near and dear to her, but also the ones who had known her to be one of the best celebrity chefs in the country. With neatly swept up hair in a bun, a fresh face with soft eyeliner and crimson lips, Zubaida Tariq was always seen clad in a bright Banarasi sari, and a red nail polish on her clean hand nails.

Her cooking show ‘Handi’ was hugely famous for not just her deliciously prepared meals but also for her gharelu totkas (home tips), which her audience followed religiously and about which many claimed to work, like magic. From beauty tips to leading a healthy lifestyle, Zubaida Apa knew it all and conveyed to her audience in the most elegant and softest of manner.

She was social and was the honourable guest at many shows and events, turning heads wherever she went with girls and women alike approaching her for a selfie or an autograph.

She belonged to an affluent family of literary greats, doctors, writers and stage actors and carried herself with dignity.

Zubaida Apa was also known for throwing lavish brunches and dinners, inviting over her friends and family from time to time. 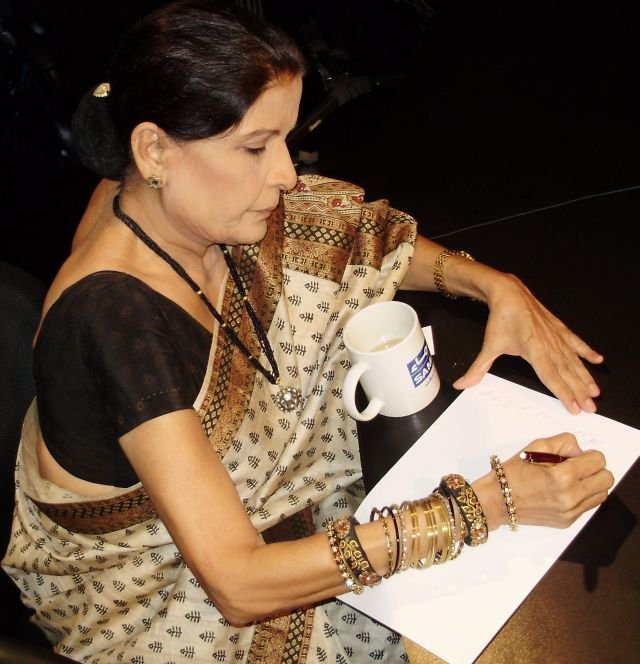 She was suffering from Parkinson’s disease during her last days and she passed away on Thursday in her hometown (Karachi) after a concise infirmity.

Her brother Anwar Maqsood informed that Zubaida Apa was admitted, after a heart attack, on Wednesday in a private hospital where she expired. She left behind a son Hussain and a daughter Shaha.

Her funeral prayers were offered at Sultan Mosque in Defence after Friday prayers and was buried in the DHA Graveyard. A large number of people, including her family members, TV celebrities and elite of the town, were present.

She attained fame doing cooking shows on TV and by writing cookbooks as well. Her regular culinary advice segments on various TV channels were ever so popular. 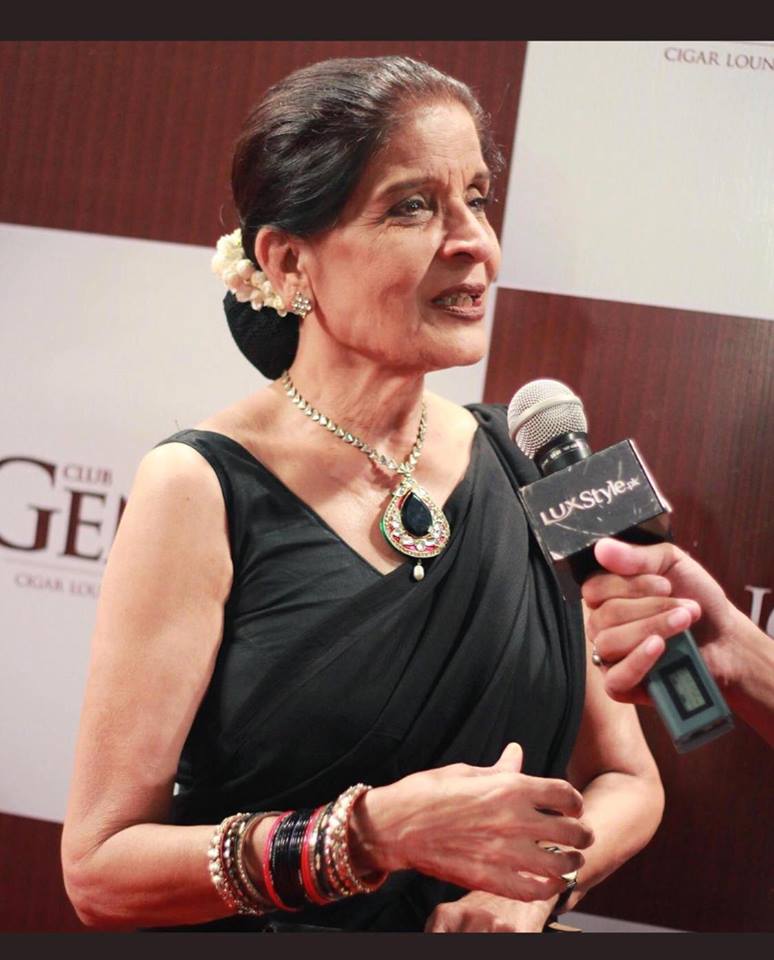 Without a shadow of a doubt, she was a household name across Pakistan. With her often amazing solutions to daily problems, Zubaida Apa had worked her way into the hearts of millions of TV viewers in Pakistan and abroad.

Zubaida Apa was born in 1945 in Hyderabad. Her family migrated to Pakistan in 1947. She lived with her five older sisters and four brothers. She got married to her first cousin, Tariq Maqsood at the age of 21.

Hers was a prominent Urdu-speaking family known for producing litterateurs, intellectuals and artists. She has 10 other siblings, the most notable of whom include Fatima Surayya Bajia – an Urdu novelist and playwright; Zehra Nigah, an Urdu poet and her brother Anwar Maqsood, who is a popular poet, humorist, writer and entertainer. Zubaida’s Apa’s nephew Bilal Maqsood is a renowned vocalist and guitarist for the pop rock band Strings. 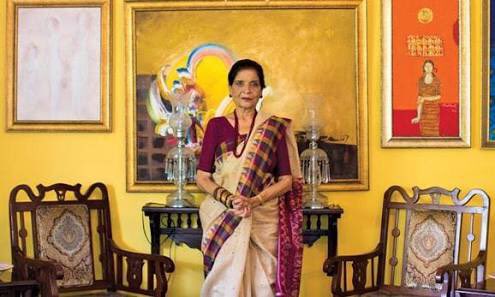 She had worked with Sajid Hussain and Nadia Khan on TV. She also did a radio show ‘Aik Mukammal Ghar’ which was first hosted by Azra Manzoor. Her programme on Geo by the name of ‘Aaj Ke Bhao’ was a success followed by ‘Handi’ on Masala TV. She had covered more than 1,000 episodes for the show.

She used to say that after her marriage, when she moved to Lahore, she had no idea about cooking, which is why the first-ever meal she prepared at her in-laws’ house was a disaster.

She was social and was the honourable guest at many shows and events, turning heads wherever she went with girls and women alike approaching her for a selfie or an autograph

According to a fan who shared her views on social media, Zubaida Apa prepared “karrahi, a chicken gravy dish, without the critical ingredient yoghurt and tossed it out. To camouflage her malfunction, she got dressed up and convinced her husband to take her out for Chinese food.”

Zubaida Apa has been moderately the showstopper in her colour-coordinated clothes, sandals and sets of bangles, with coiffure hair and make-up.

Celebrities on Twitter expressed their sorrow and grief over Zubaida Apa’s passing.

Sad to hear of the passing of Zubaida Apa – she introduced our rich culinary traditions to younger generations. She leaves a void that will be difficult to fill.

Known her since I was a little girl.. she was all heart, always. Rest In Peace Zubaida Khala.

Sad to hear of the passing of Zubaida Apa – she’s was most inspirational & loved personality ever may GOD bless her soul ..

Deeply saddened by the news of passing away of renowned chef & a great human being Zubaida Apa. She was a household name, thanks to her amazing expertise in cooking. May Allah Almighty bless her soul in peace and grant patience to her family!

Extremely sad to hear about the passing away of Zubaida Appa….prayers for the departed soul…a household motherly figure who will be missed a lot. #ZubaidaAapa

What a lady! It was a pleasure to have met you, to have shared issues with you that are close to your heart and I was lucky enough to have cooked a meal with you, thank you. You will always be remembered Zubaida Aapa

RIP Zubaida Apa. The woman with all the secret recipes, ideas & a whole lot of knowledge. And what a wonderful loving woman she was. There have been jokes dedicated to her. She was a brand. She was it.And she will be missed. May Allah grant her the highest darjah in Jannah. Ameen

Zubaida Apaa was the Universal Apaa…She was positivity personified…Her ability to have totkas for everything gave hope to millions…She was and is that elder who will be missed dearly…#RIP pic.twitter.com/Xi5l5NkJu6