Ever since I moved here to Jilin, in China’s northeast, I had been somewhat anxiously waiting to see how the country would honour the birthday of its founding father

One hundred and forty two years have passed since Jinnah was born, on December 25. As is usually the case here in Pakistan the day was full of 24-hour-only patriotism and generally heightened emotions. The media, for its part, spearheaded debates surrounding both Jinnah the ideologue and Jinnah the man.

As per tradition, the country observed a national holiday and there was much on offer in the way of commemorative events, television talk show debates, special print edition supplements as well as retrospective editorials all seeking to understand Jinnah’s idea of Pakistan. Such deliberations have been going on since 1947. That the country has failed to get to grips with this after 70 long years is nothing short of a tragedy.

The Chinese have just celebrated the birth anniversary of the communist revolutionary and founding father of their nation. Chairman Mao was born some 124 years ago on December 26; just a day after the Quaid. Ever since I moved here to Jilin, in China’s northeast, to study for my PhD, I had been somewhat anxiously waiting to see how the Middle Kingdom would honour this day. Unlike Pakistan, there is no public holiday. And try as I could to come across any event or programme discussing Mao’s ideas, life and even personality — there was nothing.

The media was silent; meaning not a single editorial or op-ed piece, no anniversary events. But then, perhaps, this is what great nations do: they look forward. Indeed, this was a point that Chinese President Xi Jinping made at the Asia-Pacific Economic Cooperation (APEC) CEO summit back in November. Sharing the wisdom of an ancient Chinese philosopher, Xi reminded the gathering: “We should focus our mind on the future, not the past.”

Nevertheless, an editorial appearing back in 2016 in the People’s Daily newspaper, the official mouthpiece of the Communist Party of China (CPC) chose to pass verdict upon Mao’s rule some 40 years after his death; concluding that he had got it right 70 percent of the time. Though it went on to say, “History has proven that the Cultural Revolution was a complete mistake, it is not and could never be a revolution or social progress in any sense. We won’t and will never allow a mistake like the ‘cultural revolution’ to happen again.” 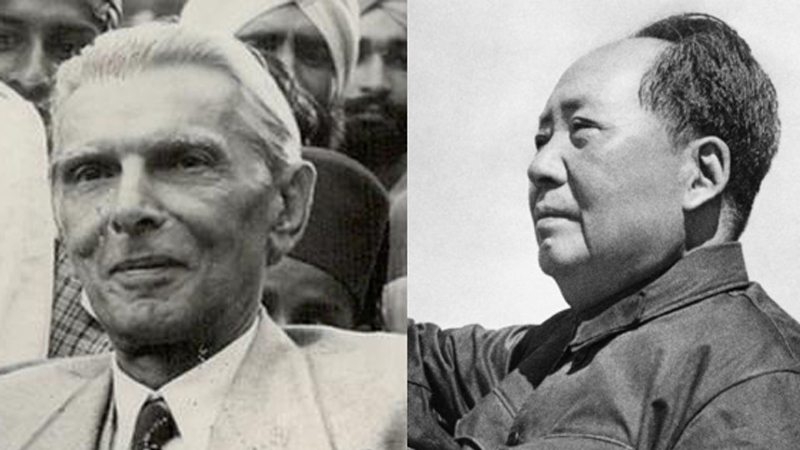 Nikkei Asian Review published an article on October 27, 2017 under the rather cheeky headline: China’s Xi gets Mao treatment on People’s Daily front page. “During the just-ended National Congress, the party further elevated Xi by enshrining a system of political thinking named after him into its constitution, placing him alongside Mao and Deng Xiaoping”, the piece went on to note.

Professor Wang Li, a classical Maoist Chinese scholar who was trained in America and Britain as well as in his homeland, in the fields of foreign and security policy, has said, “Policy is made accordingly in terms of international milieu and domestic needs plus personal preference”. He has also remarked that during the 1980s, Deng Xiaoping modified Mao’s previous policies to reflect China’s changing priorities. While today, President Xi acts like Bismarck trying to juggle national development with international greatness.

There is no public holiday to honour the anniversary of Chairman Mao’s birth. And I failed to come across any event or programme discussing Mao’s ideas, life and even personality. The media was silent — meaning not a single editorial or op-ed piece. But then, perhaps, this is what great nations do: they look forward

It was Mao Zedong who liberated China from the oppression of the western powers and encouraged the citizenry to stand up; it was Deng Xiaoping who brought prosperity to them. Indeed, it is the latter who is widely referred to as the architect of the country’s reform as well as its opening up to the outside world. Indeed, one of his most famous maxims, dating back to the pre-Cultural Revolution period is known as the Cat’s colour theory.

Meaning that “it doesn’t matter whether a cat is white or black, as long as it catches mice”. In other words, the people should not dwell too much on the economic make-up of the country; whether a capitalist or a planned market economy. And today, under the stewardship of President Xi, who also doubles up as the CPC General Secretary, China has entered into a new era of historic rejuvenation; thereby propelling it towards its destiny of being a “great modern socialist country”.

Following the hundred years of humiliation that China suffered from 1838-1949 at the hands of the western imperial powers as well as Japan — the dragon rose once more to become an emerging power that managed to lift some 700 million people out of poverty in only three decades. Moreover, it is on schedule to do the same to the remaining 40 million by 2020. Thus regardless of who invaded and degraded it — Chinese consistence and persistence prevailed. This is perhaps the true hallmark of a great civilisation.

Indeed, developing countries like Pakistan may learn a lot from the history of our all-weather friend, particularly in terms of its political and economic systems. After all, nation-building requires dynamic leadership armed with new ideas and consciousness. Meeting today’s overriding challenges is the business of the current administration sitting both in Islamabad as well as in the provinces. Thus does Pakistan need to go back to basics; exploring just what made Jinnah the man to lead us towards rebirth and a new nation. And in order to do that, we need to reacquaint ourselves with the ideologue, the man. This requires going beyond celebrating mere symbolism. For what boost will reciting the Quaid’s speeches and remembering him on his birthday — as opposed to what he actually stood for — afford Pakistan’s unstable economy or its political chaos and disintegration?

In a recent speech, President Xi vaguely acknowledged that Mao had erred. Though he was quick to point out that whatever the revolutionary leader had or had not done ought to be judged by the context of a certain era. “We should not judge and make demands of our predecessors based on today’s conditions, level of development and level of understanding, nor should we make excessive demands for them to achieve what only the descendants could achieve.”

There is, perhaps, a lesson here for Pakistan.

The writer is a former Daily Times correspondent from Gilgit-Baltistan. He is currently pursuing his doctorate studies at Jilin University, in the northeast of China.  He can be reached at k4karimformanite@gmail.com