Salmaan Taseer did digital before anyone else 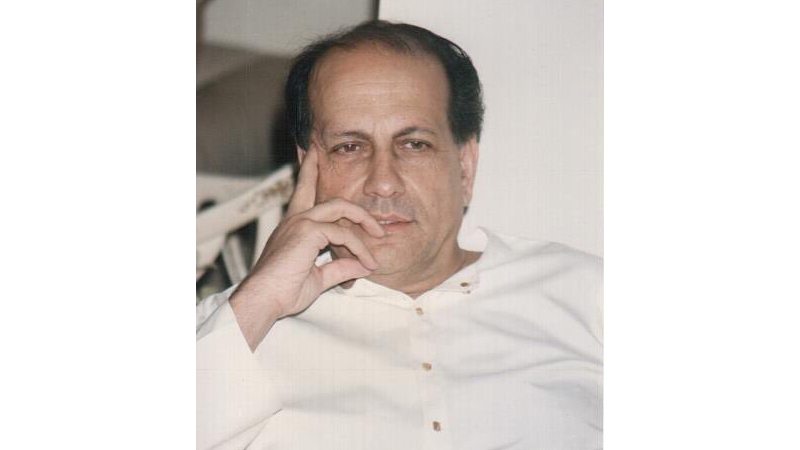 The shaheed governor wasn’t just a digital savvy person. He had a vision. A vision that was driven by modern technology. This can be seen from his business ventures

As a digital media professional, I have special respect for people who do the digital right, especially public figures. This entails having adequate presence on social media, using latest gadgets and knowing what’s trendy in tech and digital. Salmaan Taseer Shaheed didn’t just do all that, he did it before it was hip.

The slain governor was one of the first politicians in Pakistan, if not the first, to join Twitter. He joined the microblogging site in October 2009, and was famous for being outspoken on it. His Twitter account wouldn’t just comprise PR tweets. No, no. Taseer would take on political rivals in his usual witty style and would always know what to say.

Taseer didn’t dis anyone on the social media. His candidness in public dealing reflected in his social media presence as well. Just as he had opened the Governor’s House for the public, he engaged with everyone on social media as well, especially the youngsters, even those from rival parties. The governor’s wit and charm had everyone bound in a spell and people could listen to him for hours.

Just a day before he was assassinated, he tweeted, “Being replaced by Luqman! Ouch”, in response to his longtime friend Najam Sethi’s announcement of leaving Dunya TV for Geo News.

Salmaan Taseer also had a fully maintained personal website where he updated the people of his province on all activities that he undertook as the governor. He also had a very active YouTube channel where his media appearances and video clips of his public talks were uploaded.

The slain governor wasn’t just a digital savvy person. He had a vision. A vision that was driven by modern technology. This can be seen from his business ventures as well. He didn’t just have his chartered accountancy and stock brokerage ventures equipped with modern technology, he went one step ahead. He launched several technology-driven ventures that seemed risky at first, because they hadn’t been tried in a market like Pakistan before, but ended up being extremely successful.

This includes WorldCall and its numerous products including Payphone, calling cards, internet cards, cable television network, DSL cable network. It was WorldCall that launched the wireless Internet dongles with 2G and 3G enabled broadband in 2008. That’s right, 2008. That’s way before the Pakistan Telecommunication Limited (PTCL) launched its EVO service in the year 2010.

The shaheed governor wasn’t just a digital savvy person. He had a vision. A vision that was driven by modern technology. This can be seen from his business ventures

The WorldCall had an infotainment portal and software development division in 2003. It also had a full-fledged data centre to host websites within Pakistan – a feat which PTCL has only achieved recently.

In the centre of innovation was also the MegaEast. As the name indicates, it was Pakistan’s mega Internet portal similar to Yahoo and MSN. It provided free email service, matchmaking service, horoscopes, jobs portal, music downloading, and a host of other services. All of this in 2001. It wasn’t just any mega portal available only on the web, it integrated with telephony and TV to bring a number of other innovative products in the Pakistani market.

In December 2002, an SMS Music Polling System was introduced for the first time in Pakistan on the MegaEast TV channel. This allowed viewers to SMS their choice of music and videos to be viewed on the WML Cable TV network. Another new feature launched was the 0900 IVR telephonic portal service that allowed subscribers to make choices available on selected channels regarding specific content or options like games, music, and videos.

MegaEast also began Pakistan’s first interactive auction TV channel by the name of Kalabaazi, which offered a wide range of electronic, household and personal products for sale. Kalabaazi gives a sense of excitement of entering into a live auction along with the knowledge that the viewer chose what they wanted to pay. Kalabaazi was really an interactive departmental store that offered viewers the opportunity to sell their products through the forum as well.

Taseer Shaheed’s vision went beyond all this, and he founded a media division with Pakistan’s first ever business news channel called Business Plus – which became a nursery for every major anchorperson and media-person we see today – and an English language daily called Daily Times which ended up being one of the largest in the country. The media business expanded with the country’s largest lifestyles magazine, Sunday, and a food and travel channel, Zaiqa TV.

The media business also had modern digital presence and Business Plus became the first ever Pakistani channel to incorporate a live stock market feed on its website.

People know Salmaan Taseer Shaheed for his literary passion, principled politics and family background only. But he was also a pioneering entrepreneur. Only by taking stock of his lesser known but extremely significant achievements as an entrepreneur can we fully grasp what a visionary and tech genius this man was.