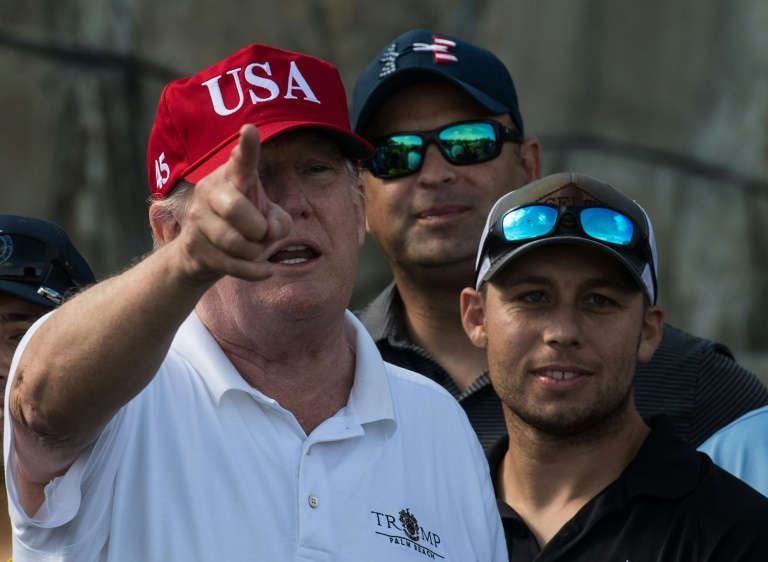 President Donald Trump on Friday condemned the arrest of protesters in Iran, telling Tehran that “the world is watching” as officials reported fresh demonstrations over the country’s struggling economy.

Fifty-two people were arrested in Iran’s second city Mashhad on Thursday, the first day of the protests, which also took place in other areas and spread to the capital Tehran as well as Kermanshah the following day.

“Many reports of peaceful protests by Iranian citizens fed up with regime’s corruption & its squandering of the nation’s wealth to fund terrorism abroad,” Trump tweeted.

“Iranian govt should respect their people’s rights, including right to express themselves. The world is watching! #IranProtests.”

US President Donald Trump has repeatedly taken aim at Iran, denouncing its government as a “fanatical regime” and accusing it of violating an international agreement aimed at curbing Tehran’s nuclear program, refusing to certify its compliance with the deal.

“The United States strongly condemns the arrest of peaceful protesters. We urge all nations to publicly support the Iranian people and their demands for basic rights and an end to corruption,” she said in a statement.

Iranian First Vice President Eshaq Jahangiri suggested hardline opponents of the government may be behind the demonstrations, which reportedly remained small on Friday.

“Some incidents in the country these days are on the pretext of economic problems, but it seems there is something else behind them,” Jahangiri said in comments carried by state broadcaster IRIB.

“They think by doing this they harm the government,” he said, but “it will be others who ride the wave.”

Tehran’s deputy provincial governor Mohsen Hamedani said “less than 50 people” had gathered in one of the city’s squares and several had been arrested after refusing to move on, according to the reformist newspaper Etamad.

He said they were “under the influence of propaganda” and were “unaware that the majority of these calls to protest come from abroad.”

The rally in Kermanshah appeared larger — with hundreds shown protesting in videos shared on social media — and was reportedly focused on those who lost money in the collapse of unauthorized lending institutions in recent years.

“Protesters asked for clarifications on the fate of their accounts and police dealt with them with tolerance despite them having no permission to protest,” the conservative Tasnim news agency reported.

It came a day after 52 people were arrested in Mashhad, an important pilgrimage site, for protesting high prices and the poor state of the economy under President Hassan Rouhani.

Videos published by reformist media group Nazar showed people chanting “Death to Rouhani,” while others shouted “not Gaza, not Lebanon, my life for Iran,” reflecting anger in some circles that the government is too focused on regional politics rather than tackling domestic problems.

One lawmaker said these protests were also rooted in the collapse of credit institutions and other financial scandals.

An uncontrolled construction boom left many banks and credit companies stuck with toxic debts that, combined with soaring inflation and the chaos caused by international sanctions, pushed many to default on their debts.

Since coming to power in 2013, Rouhani has shut down three of the biggest new credit institutions — Mizan, Fereshtegan and Samen al-Hojaj.

He tasked the central bank with reimbursing lost deposits, but many are still waiting for compensation.

Mashhad was among the areas hardest hit by the closure of Mizan, which had around one million accounts, according to the official IRNA news agency.

Kermanshah was particularly affected by problems at another credit institution, Caspian, according to the Tasnim agency.