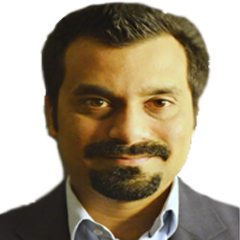 The death of cricket

Aren’t the T20 and T10 formats inducing an unfair competition between the bat and the ball?

Not too long ago, during an excavation of a tastefully versed cricket literature at the old Heffers bookstore at Cambridge; I came across ‘And God Created Cricket’, a fascinatingly engaging book, penned, brilliantly by Simon Hughes. So fascinated was I, that I inhaled 300 pages teeming with cricket’s most memorable moments, in just 48 hours.

Beginning from WG Grace, I rummaged through the lives of a number of wonderful cricketers: from Duleepsinhji’s supple wrists to Bradman’s braving of the body line blows; from Larwood’s rib cracking thunderbolts to Walcott’s punch off the back foot; from Jeff Thompson’s murderous bouncers to Garfield’s pleasingly artful stroke play; from Gavaskar’s impenetrable defences to Majid’s back foot thumps that meandered through the mid wicket; from Imran’s snaky in dippers to Richard’s flawless hitting; from Akram’s prodigious late in swingers to Lara’s fascination for knocking the life out of third rate bowlers; from Warne’s difficult to negotiate spin to Miandad’s grit; from Akhtar’s air speed quality to Tendulkar’s masterful nudges. Simon’s book has it all.

Perhaps I’m being nostalgic, but this book made me realise that cricket no longer yields the same quality sportsmen. To test the truth of this, watch any competitive T20 contest on television. All that you’ll get to see will be bowlers, of all varieties and variations, punishingly placed in front of hungry batsmen and disgracefully taken to the cleaners. To make the grade in a shorter version, the more impatient the batsman, the more success he is likely to achieve. Strike rates matter, while batting averages are pointless statistics.

My venting doesn’t end here, as last month, cricket’s gracious money spinners have given us something new to muse about: T10 cricket. As per the latest format, the power play has been squeezed to four overs and the boundaries shortened further to a batsman friendly 60-meters, enticing them to smack the leather even harder than before, sending their strike rates to a crescendo. A sure shot crowd winner! The format is likely to inspire a new generation of fans and turn cricket from a technically demanding sport to a two hour rock concert.

In T10 cricket, the power play has been squeezed to four overs and the boundaries shortened further to a batsman friendly 60-meters, enticing them to smack the leather even harder than before, sending their strike rates to a crescendo

While this may sound like fun; do we really think that this wonderful sport, the sport that gave us the Bradmans, the Gavaskars, the Laras or the Tendulkars, is headed in the right direction? Aren’t the T20 and T10 formats inducing an unfair competition between the bat and the ball? It’s unfair, not only to the bowlers, but also to the batsmen, who have begun priding themselves on their clueless massacre of the cricket ball. Straying very briefly from my subject of the day; I must also confess that until the advent of the sprightly T10 version; my most heart wrenching revelation came from Peter Oborne, one of cricket’s finest living scholars, who, during the research of his book “The Wounded Tiger”, was told by Majid Khan that there won’t be another Burki to grace the cricket turf. As the game foolishly gets more commercialised; is it also not losing its charm?

I, being a humble connoisseur of cricket, and somebody who knows a bit on the subject, was never a T20 convert, but, as a famous proverb goes: silence is golden, as it is often wise to say nothing.

The writer is a British Pakistani and a Cambridge University alumnus. His debut book Let There Be Justice: The Political Journey of Imran Khan was published in England. He can be reached at bjsadiq46@gmail.com