Why Trump will fail on national security

Washington’s new National Security Strategy signifies a major shift in American power dynamics that will impact not only Pakistan but also China and Russia, too. This, combined with the Trump administration’s strategic vision for South Asia, envisages New Delhi as a defence buffer in case of any possible confrontation with Beijing. Yet US support of greater Indian influence in the region cannot translate into an expanded role in the Afghan theatre of war across our western border. For this would be entirely unacceptable to Pakistan. After all, this country is a victim of Indian state-sponsored terrorism. This is not a case of un-neighbourly propaganda, but, rather, the simple truth. Indeed, 70 years of Indo-Pak tension bear testimony to this bitter reality.

Despite the prolonged American presence in Afghanistan, cross-border terrorist attacks are still launched from that country into this. Indeed, militants crossing from the other side of the Af-Pak border area do so without impediment. Which naturally begs the question as to why these dangerous elements are neither picked up by the US-trained Afghan military nor by American forces themselves that are operational in that country. Similarly, why does Washington remain silent when it comes to Indian cross-border firing, which sees innocent Pakistani citizens killed every day? Why is it unmoved by systematic human rights abuses committed in Indian-held Kashmir?

Sadly, the answer is very simple and it rest in US myopia and anti-Pakistan bias; despite this country’s very real sacrifices — in terms of both human and material resources — in the American-led war on terror. Given that this paves the way for deep-rooted extremism, this new crusade poses a grave threat to both regional and international peace.

The Pak-US bilateral relationship can today best be described as being a continuum of divergence and convergence; whereas inching towards common ground is imperative. Yet when it comes to existential questions and threats from neighbouring countries — there can be little, if any, compromise on national security. Current geo-political realities, therefore, require Pakistan to stand tough and focus on firm policymaking to defend both its ideological and geographical frontiers. Towards this end, the military establishment stands with the civilian administration to strengthen the country’s democracy. Thus Pakistan’s sacrifices in the war on terror must be acknowledged.

Despite the prolonged US presence in Afghanistan, cross-border terrorist attacks are still launched from that country. Militants cross from the other side of the Af-Pak border without impediment. This naturally begs the question as to why these elements are neither picked up by the US-trained Afghan military nor by American forces themselves?

Tensions between India and Pakistan are pointless. The two countries need to work together to achieve peace, justice and prosperity for their respective citizenries. Indeed they share a common history of living in harmony together for more than a millennium. Peace in South Asia is essential to maintaining the sovereignty of both nations; as well for a peaceful world order. The political leaderships across the Indo-Pak divide therefore need to sincerely understand this and take it as a starting point when it comes to resolving all outstanding issues.

In addition, civilian set-ups must also get to grips with long-term visions focusing on both economic and social development. Yet this rarely happens given that these regimes are never quite sure for how long they will last. All of which means that political uncertainty is built into the system. And as a result, successive governments are neither interested in structural reforms nor in strengthening institutions. The fallout of this is that good governance remains an unfinished agenda. Yet this is a moot point for most political parties and analysts.

When it comes to reality, most of us expect a tangible structural and functional form as opposed to any sort of abstract. Whereas oftentimes ‘reality’ may neither be known nor disclosed. Meaning that the One World Observatory, part of the recently reconstructed World Trade Centre that is now the tallest building in the Western Hemisphere, may be an extension of the original concept of that gave the world the Empire State Building — at one time the world’s tallest skyscraper — but with an added dose of capitalism, technological and scientific skills, simply replicated in a form of reflected grandeur.

The question is that do we see in this memorial a connection between those killed in the 9/11 terrorist attacks in New York and the thousands of others, equally innocent, in faraway lands that had nothing to do with those events. After all, weapons of mass destruction have never been found. Hate-mongering has not ended. The war on terror is still continues. Thus our only hope is that sanity ultimately prevails for the sake of peace and humanity everywhere.

However, the existence of internal of internal and external threats cannot be denied. Thus do we have to keep our eyes open and our contingency plans forever operational. In other words, out-of-the-box solutions become imperative for the health and strength of state institutions. Simply drifting along cannot only threatens the state.

The brave and bold among us know that the way forward does not lie in bemoaning what has gone on before — but to constructively review where we have faltered. In short, the corrective process is the only remedy. After all how can a conspiracy be allowed to take hold if everything was in our control to begin with; if we had the power all along to prevent violations of the norms of democracy and good governance?

Thus as Pakistan gears up for general elections — the state would do well to interact more, as it were, with the citizenry. In the meantime, it is important to get to the bottom of who was behind the dharnas (sit-ins) and the general street politics that were seemingly engineered towards effecting civil disobedience; to identify those who managed to hold the federal capital hostage and denigrate state institutions. Ultimately it is always the people who suffer when disgruntled elements trample over the need for unity, faith and discipline. 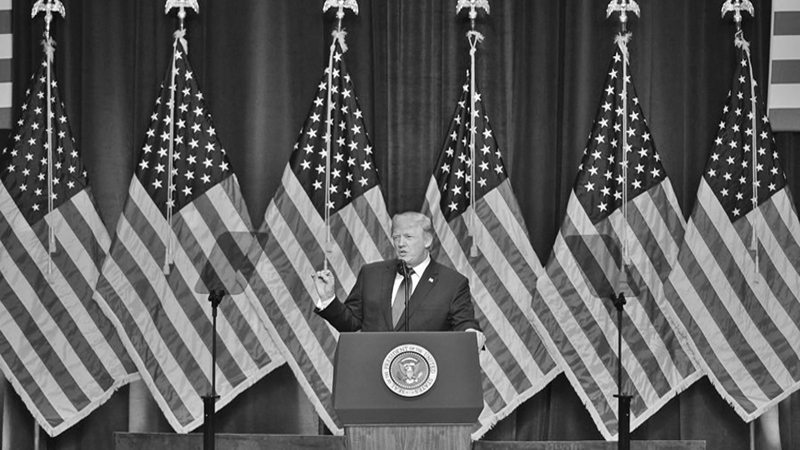 It is indeed wholly regrettable that religion is sacrificed at the altar of ‘bad politics’ and the blood of the people spilled. There is not a single religion in the world that preaches violence and unjustness.

Thus we should consider ourselves winners if we are able to make convincing arguments by way of reason instead of restoring to pointing fingers at our opponents. Thus it is our duty to confidently speak out confidently against prejudice, inequality, unjustness, violence, terrorism and religious extremism. Similarly, those international organisations entrusted to ensure peace and development must be made functional to fulfil their mission.

And lastly, all of us would do well to remember that verifiable facts form the fundamental core of any intellectual base. We need guidance from the latter if we are to live in a truly just society. It is the only true path towards international peace.

The writer is a former Director of the National Institute of Public Administration (NIPA), Government of Pakistan, political analyst, a public policy expert and author of the book, Post 9/11 Pakistan