Winston Churchill once said: “We shape our cities and our cities shape our lives.” Now imagine what kind of lives our future generations would be living if environmental laws were not implemented, to stave off the derisive effects of environmental degradation?

In an environmental petition pending before the honourable green bench of the Lahore High Court I argued on 14 November 2017 on behalf of the petitioner, challenging the vires of the Pakistan Environmental Protection Agency Environmental Impact Assessment and initial Environmental Examination regulation 2000.

In the constitutional writ petition it was also contended that the Director General Punjab Environmental Protection Agency had failed to perform their statutory obligations and implement the 2001 Pollution Charge Rules because of which the historical city of Lahore and the other cities of Punjab are being polluted. Factory owners are complicit in the issue due to which Lahore and the adjoining areas of Punjab are becoming one of the most polluted areas in the world. It was further argued that even after a year, there was no environmental policy by the Punjab government, to tackle the lethal effects of smog and hazardous conditions that had necessitated the imposition of a health emergency.

On 14 November, the Honourable Judge Justice Syed Mansoor Ali Shah directed the Secretary Environment Saif Anjum to produce the figures for the air quality index. It was shocking that the Punjab Environmental Protection Agency could not produce any data of its own and relied on fudged figures by stating that the air quality index is normal at 190 microgram per-cubic metre.

The Lahore High Court Honourable Chief Justice got annoyed when he asked about this from the amicus curiae, Mr Rafay Alam. Mr Alam stated that the Environmental Department and the Secretary himself are misleading the court as at present the air quality index has risen to 400 microgram per cubic metre, which is the reason why Lahore is fast becoming one of the most polluted cities in the world.

In its order, the Honourable Chief Justice passed a landmark verdict and directly held the Government of Punjab liable for the lack of enforcement of fundamental rights and showing negligence towards tackling smog. The Honourable Chief Justice reprimanded the Health Secretary Najam Shah as well as Saif Anjum, Secretary Environment for not realising the gravity of the situation after perusing through the Punjab Health Emergency Provisions Ordinance 1944.

The Honourable Chief Justice was also cognizant of the fact that children studying in schools are getting adversely affected by the smog. Despite that, the government was due to employ emergency measures. It was for the first time in the history of Lahore High court that an Honourable Chief Justice conducted the proceedings till late evening realising that if the executive will not do the needful, then the courts ultimately would have to exercise their judicial review powers to enforce fundamental rights (Article 9 of the constitution) for the citizens. The verdict will soon be published in the Pakistan legal decision law journal in January 2018.

As a counsel, on behalf of the petitioner, PTI Lahore president Walid Iqbal, also argued that after the Paris agreement, (an extension of United Nations Framework on Climate Change Convention), signed in 2015 to curb  pollution and environmental degradation, it is necessary to implement the pollution charge rules. Both the amicus curiae Ms Sarah Bilal and Mr Rafay Alam, also appeared and agreed with my submissions and submitted further that as long as the Punjab Environmental Protection Agency and its monitoring units do not perform its statutory obligation, the whole province of Punjab will continue to get adversely affected by the increasing industrialisation and commercial activity. 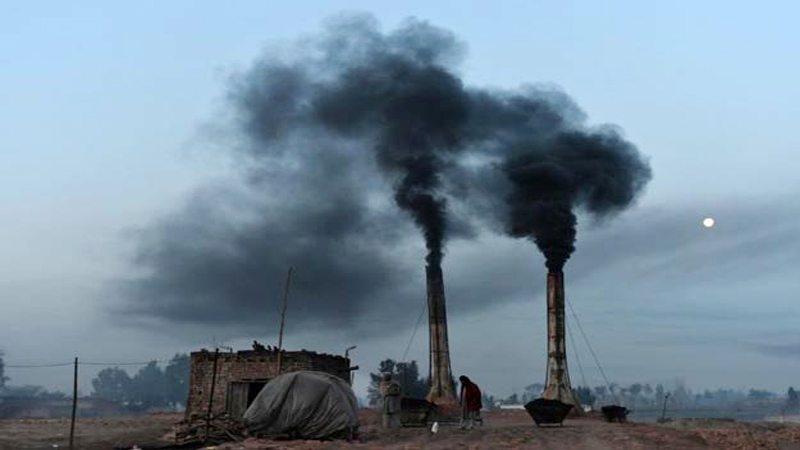 In juxtaposition with these developments, in 2015 the Climate Change Conference took place in Paris, and as a result an agreement was signed in which the world agreed to limit the global average temperature increase to below two degrees. Following this, 187 countries submitted their  ‘Intended Nationally Determined Contributions’  documents promising actions to curb environmental de-gradation at home.

Pakistan will be submitting its Intended Nationally Determined Contributions document soon regarding mitigation actions against global warming effects arising out of Green House Gas (GHG) emissions such as Carbon Monoxide and Sulphur Dioxide.

The recent Paris agreement has asked developing countries to take precautionary measures and consolidate their policies to curb rising pollution levels. In light of the recent Lahore High Court directions, the government of Punjab needs to implement the 2001 pollution charge rules as well as the 2013 Punjab Environmental Protection Administrative Penalty Rules in the entire province by taking stern action against  businessmen and factory owners who have no concern for how the  common man is being adversely affected by their nefarious activities. These factories with the sole aim of maximising profits and disregard any environmental concerns. In the 1950s, the city of London had to face a similar issue as many people lost their lives and then the British Parliament passed the Clean Air Act 1956 and strictly enforced it to counter the presence of  smog.

It is also a concern that the collusion of businessmen and politicians does not allow the environmental regime to function independently and autonomously. As a result, it remains under ‘regulatory capture’, a term defined in 2015 SCMR 1739. The influence of ‘corporatocracy’ will always resist the implementation of environmental laws in our country.

Nevertheless, keeping in consideration the Lahore High Court’s decision, the government of Pakistan has to abide by its international obligations but also comply with the court’s order. I conclude with the observation that, surely public interest litigation and the exercise of judicial review powers by the superior courts do have an effect on the policy making processes of the government. It is a surprising fact that a global power like the US is not heeding attention on Climate Change. This can be gauged from the recent statement of US president Donald Trump who considers climate change a hoax.