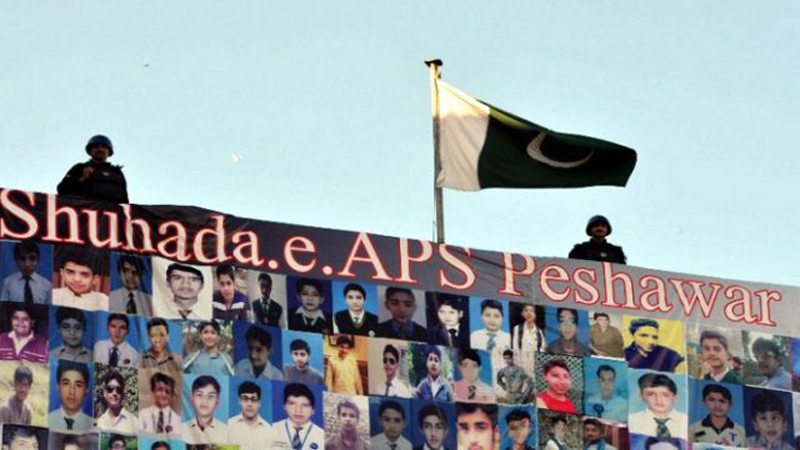 KHYBER AGENCY: Third anniversary of martyrs of Army Public School (APS) was observed in Landi Kotal with the pledge to root out terrorism from the country.

In this connection, a gathering was organised under the auspices of local Christian community at the Government Girls’ High Secondary School on Saturday. Teachers and school children participated in the event.

Speaking on the occasion, Kiran Kiramat said that the miscreants would not suppress them by their heinous acts. “The new generation of Pakistanis will not be stopped from education,” she said.

“Peace has been restored in the country with the precious sacrifices of security agencies. No will be permitted to sabotage it,” he said.