There were several attempts during the Pakistan Movement to commit Pakistan to a religious or theocratic form of government but Jinnah vetoed all of them, declaring at one point that such an attempt would amount to censure on every Leaguer

Writing in response to my previous article ‘Jinnah and the Minorities’, Dr Ishtiaq Ahmed in his piece ‘Jinnah Muslims and Minorities’ failed to address the central point that I made which was that at no point during the 13 months that Jinnah was in power that any piece of legislation or resolution purporting to commit Pakistan to an exclusively Muslim polity was passed by the Constituent Assembly.

Not only this but there is no single resolution by the All India Muslim League in its entire history that commits Pakistan to an exclusively Muslim or a religious form of government. On the contrary there are several resolutions that speak of safeguards and equal rights for minorities. The fact remains that Pakistan under Jinnah had no state religion and had no bars against any community. This is what a secular state is. It is pertinent to note that the country did not get a state religion till 1973 despite having become an Islamic Republic in 1956.

There were several attempts during the Pakistan Movement to commit Pakistan to a religious or theocratic form of government but Jinnah vetoed all of them, declaring at one point that such an attempt would amount to censure on every Leaguer. Consequently speaking at Khaliqdina Hall, after independence, Jinnah was interrupted by a worker who told Jinnah that he believed in slogan “Pakistan kamatlabkiya la illahillallah” to which Jinnah replied: “Neither the Muslim League Working Committee nor I ever passed a resolution ‘Pakistan kamatlabkya’ — you may have used it to catch a few votes.”

Ishtiaq Ahmed relies on Jinnah’s few references to Islam and Prophet Muhammad (PBUH) as somehow being an endorsement of a religious or theocratic polity. I addressed this issue in my previous article but here I will quote Barbara D Metcalf, Professor Emeritus UC Davis and a well known historian of South Asia who writes in her essay ‘Maulana Husain Ahmad Madani and the Jamiat Ulama Hind’ the following: Jinnah himself, a true liberal, invoked Islam to foretell a society in which citizens would exist in direct relation with the state, their rights unmediated by sect, ethnicity or hierarchy as evident in his famous declaration to the Pakistan’s Constituent Assembly that in course of time Hindus will cease to be Hindus and Muslims will cease to be Muslims… in the political sense, as citizens of the state. For him Islamic values entailed such principles as equality and democracy. Jinnah’s idea of Islam was always a progressive and ontologically emptied shell or as Dr Faisal Devji of Oxford University says in his essay on Jinnah “it had, in fact, to secularise Islam by making belief and practice entirely nominal.”

Obviously Pakistan would be a Muslim majority state and a progressive enlightened interpretation of Islam would inform the cultural life of the majority of its citizens, but Jinnah also made it clear that Pakistan could not be a theocracy to be run by priests with a divine mission

Jinnah was speaking in the idiom of his people. He sought to convince them that modern democracy, equality of citizenship and women’s rights were all cardinal principles that Islam endorsed. Ishtiaq Ahmed seems to think that Islam does not endorse these principles.

This is a view no progressive Muslim is willing to accept. Ishtiaq Ahmed quotes a debate between Madani and Thanvi to that end. It must be pointed out that Madani, the great supporter of so called secular Congress, had strenuously objected to Jinnah for things like the fact that Jinnah had supported the Civil Marriage Bill for inter-communal marriages in 1912 and for the fact that most of the staff members of Dawn newspaper were Hindus and the editor in chief was a Christian.

As for Thanvi, Professor Megan Eaton Robb’s essay ‘Advising the Army of Allah’ on Thanvi’s relationship with the Muslim League shows that while Muslim League was happy to accept Thanvi’s endorsement, almost all of his advice on religious matters was ignored by Jinnah. That Jinnah remained unfettered by the ulema was perhaps best expressed in his famous declaration: “What the League has done is to set you free from the reactionary elements of Muslims and to create the opinion that those who play their selfish game are traitors. It has certainly freed you from that undesirable elements of Maulvis and Maulanas. I am not speaking of Maulvis as a whole class. There are some of them who are as patriotic and sincere as any other; but there is a section of them which is undesirable. Having freed ourselves from the clutches of the British Government, the Congress, the reactionaries and so-called Maulvis, may I appeal to the youth to emancipate our women.”

Jinnah was absolutely clear in the kind of state he wanted. It would be an inclusive democratic state where religion would be the personal faith of an individual. These points, it must be remembered, were not made to beleaguered groups of minorities as Ishtiaq Ahmed alleges. I wish he had at least consulted the references I gave. Many of the quotes I produced were from addresses given to notable members of various legislatures around the country and were policy statements.

Obviously Pakistan would be a Muslim majority state and a progressive enlightened interpretation of Islam would inform the cultural life of the majority of its citizens but Jinnah also made it clear that Pakistan would not be a theocracy to be run by priests with a divine mission.

Just as Judaeo-Christian ethos has often been the central plank of western civilisation, Islamic values would be the civic basis of the new state but it would not be an exclusively Muslim state for Muslims only. Jogindranath Mandal’s appointment as the law minister was a powerful symbol. Not only did he represent Muslims and the Muslim League on a Muslim seat in the interim cabinet of India but he had the unique honour of being the first person to preside over the Pakistan Constituent Assembly. Jinnah was driving home the point that Pakistan was for everyone and not just Muslims.

It is well known that Jinnah personally intervened to stop the January riots in Karachi visiting the scenes of violence despite ill-health. Jinnah’s appeals worked largely and the violence was soon quelled. Many Hindus did migrate to India, but Jinnah made heroic efforts to retain them in Pakistan.

These are well recorded by biographers of the man. Meanwhile contrary to the credit Ishtiaq Ahmed wants to give Nehru, Nisid Hajari’s book “Midnight Furies” shows that Nehru was almost incapable to quelling violence even in Delhi right under his nose.

This is not to question Nehru’s intentions which must have been good for he was admittedly like Jinnah a thoroughly secular minded man, but it was under Nehru’s watch that the massacre of 50,000 Muslims happened in Hyderabad. Sunderlal Report of a government commission appointed by Nehru himself was buried by him, so damning were the conclusions. Similarly Sikh leaders in East Punjab would not have carried out ethnic cleansing of Muslims so completely, as admitted by Ishtiaq Ahmed, had Nehru deployed the Army there as he was asked several times by Jinnah. Congress Government was culpable to a certain extent in the genocide of Muslims there.

The writer is a practising lawyer. He blogs at http://globallegalforum.blogspot.com and his twitter handle is @therealylh 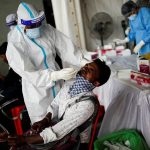