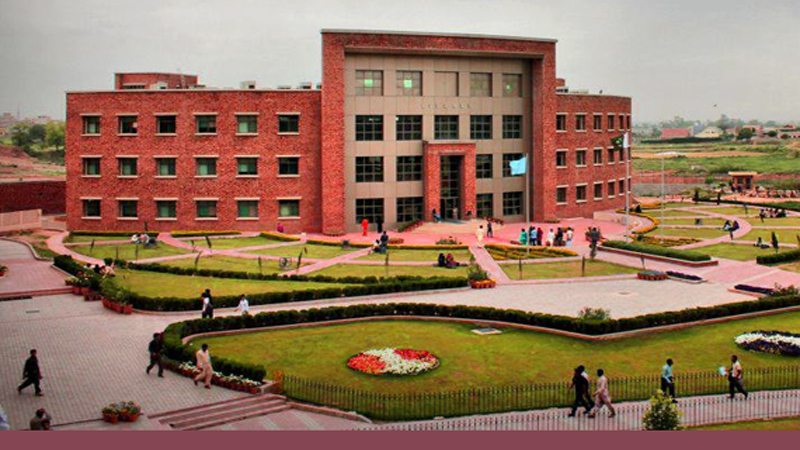 ISLAMABAD: It has been over nine months that the COMSATS Institute of Information Technology (CIIT) is running without a permanent rector while several key posts are also vacant for the last many years, Daily Times has learnt.

Initially, there was only one campus of the university in Islamabad after its establishment in 1998. But now the university has eight campuses in seven cities of the country, with a student population of more than 35,000 and faculty base of 2,887. In addition to information technology, the institute offers several bachelor, master and doctoral programmes in engineering, basic sciences, management sciences and architecture.

Moreover, the university has no permanent registrar and treasurer right now. An official, requesting anonymity, said that taking several important decisions without registrar was shocking and clear violation of rules indeed. Besides, the post of architecture dean is also lying vacant since 3 years. Similarly, the shortage of staff in other campuses has also put a question mark on the performance of the authorities concerned. The university’s campuses in Sahiwal, Attock, Abbotabad and Wah Cantt have no permanent director since almost three years and eight months. Sources revealed that the acting rector was making many decisions, including promotions of some key slots. Such kinds of practices, sources claimed, were in clear violation of CIIT rules as well as noncompliance of Supreme Court verdicts. Interestingly, the CIIT administration instead of filling vacant posts has removed a large number of employees of different cadres from the institute. Over 200 have been terminated from their jobs in the last five years, while termination of almost 300 more employees is expected in near future.

The university’s administration had in June reconstituted the Contract Review Committee (CRC) to undertake a formal review of the employees’ performance and then startedto lay off employees. An official requesting anonymity said that the terminations were made without following a legal procedure. Instead, he alleged, nepotism and favoritism were followed by CRC in taking action against employees.

Furthermore, sources added, acting Rector Dr Raheel Qamar made many other important for which he was not authorised.

“The list of such decisions includes disclosure of confidential office correspondence to other offices, alleged financial misappropriation, hiring of staff without advertising the posts,” sources added.

The CIIT has been facing severe crisis for the past couple of last year when its pro-rector Haroon Rashid was removed from the post over plagiarism in his doctoral thesis by Higher Education Commission (HEC) committee. Also a report issued by the auditor general of Pakistan (AGP) had found irregularities of around Rs 470 million only in the Islamabad Campus of the CIIT.

Insiders are of the view that the CIIT is passing through many other administrative challenges. They said that the authorities concerned, including the minister for science and technology, who is chancellor of the Institute and the HEC, should review the issues being faced by the CIIT. The Federation of All Pakistan Universities Academic Staff Association (FAPUASA) in a statement also lamented over the alleged violation of rules at the CIIT. The federation had appealed to the chancellor to take an immediate notice of situation.

Despite repeated attempts, acting rector Dr Raheel Qamar was not available for comments, while the university’s spokesperson also denied to give his stance.