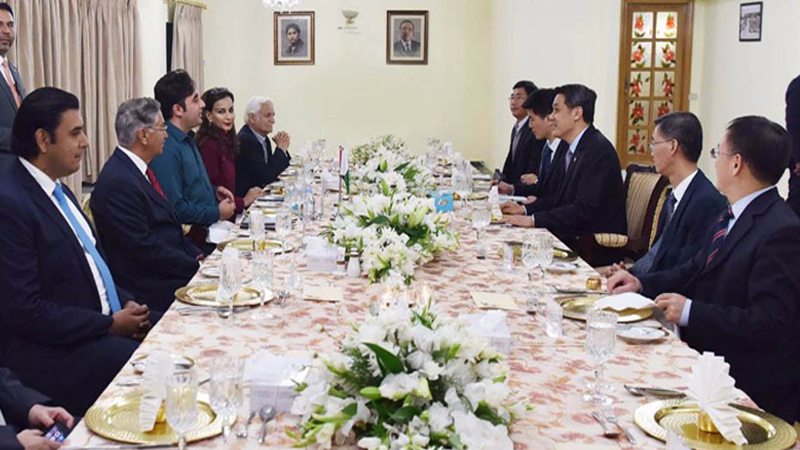 LAHORE/ISLAMABAD: China on Sunday said that some countries were opposing the multi-billion dollar China-Pakistan Economic Corridor project but they would never succeed in their designs.

“In fact they are losing their own opportunities for progress and development,” Assistant Minister of the International Department of the Communist Party of China Wang Yajun said during a meeting with Punjab Chief Minister Shehbaz Sharif.

The visiting dignitary, who is leading a high-level delegation of CPC officials, said that CPEC is the flagship project of Belt and Road Initiative (BRI) which has led to a new era of construction and development in Pakistan. He said China will always stand by Pakistan in this journey of progress and prosperity.

Minister Wang Yajun said China esteemed its relationship with Pakistan and due to CPEC project both countries were cherishing their perpetual friendship which was flourishing further.

He said the Communist Party of China values its relationship with the Pakistan Muslim League-Nawaz (PML-N) and added that the relations between the two parties were be further strengthened with the passage of time.

He said due to CPEC, Pakistan was making rapid progress. Although some elements were upset because of the project but Pakistan and China will confront such enemies together, he added.

Regarding performance of his government, the chief minister said that the load shedding had almost come to an end due to completion of energy projects within the stipulated timeframe. He said the development projects being completed in the current tenure of the PML-N government had no match in the 70-year history of Pakistan.

The chief minister said Punjab government had set an international record by completing energy projects in the shortest possible time. The foundation stone of 1263 MW Punjab Gas Power Plant was laid a couple of days back in Jhang, he said, and added that the project will also be completed in a record period of time.

The chief minister said Chinese President Xi Jinping will always be remembered as a visionary leader in the history of the world for his initiative to connect dozens of countries under the Belt and Road Initiative. The crackdown launched by Chinese president against corruption is worth praising.