There are various theories that seek to trace the actual origins of the gradual decline that Pakistani cinema faced. One that seems plausible is the one that addresses political and ideological aspirations of Pakistan as a polity. It is for this reason that we still romanticise and glorify the by-gone days, reminiscing the golden and evergreen classics 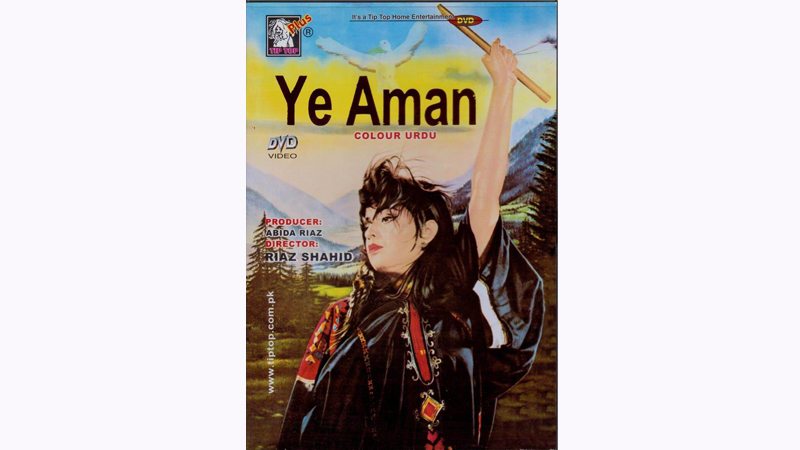 Pakistani cinema gets regular flacking for its depressing state of affairs – the film industry first experienced this in the 80s due to the disastrous corrosion of the social fabric of society. Though there are various theories that seek to trace the actual origins of the gradual decline that Pakistani cinema faced, one that stands out plausible is the one that addresses political and ideological aspirations of Pakistan as a polity.

The film industry that produced classics such as Baji (1963), Dupatta (1952), Ghoonghat (1962), and Mahal (1968) predated the brutal partition of the subcontinent. However, its evolution was profoundly incapacitated by the partition that resulted in the dearth of capital, artists and technicians. The second, and fatal stroke was ‘Project Islamisation’ in the late 70s and early 80s. The film industry collapsed.

It is for this reason that we still romanticise and glorify the by-gone days and reminisce the golden and evergreen classics.

Here are seven classics from Pakistani cinema that created waves in their times:

The film pushed the boundaries and also received backlash for the same reason. Riaz Shahid’s Yeh Aman ran into trouble with the Pakistani censor board, which intimidated the filmmaker to omit all references to an independent Kashmiri state. In an attempt to keep the movie in line with the official government stance, the censor board wanted the film to convey the message that the people of Kashmir wanted freedom from Indian rule and accede to Pakistan.

Riaz Shahid, an ambitious filmmaker, wanted to portray the true ground realities. He was heart-broken when his version of the film was not allowed to play and was edited to please the government. He fell ill during this process and died within the next year, before completing his last film.

The music is given by A. Hameed and Habib Jalib’s lyrics are made evergreen by the legendary voices of Madam Noor Jehan and Ustad Mehdi Hassan. 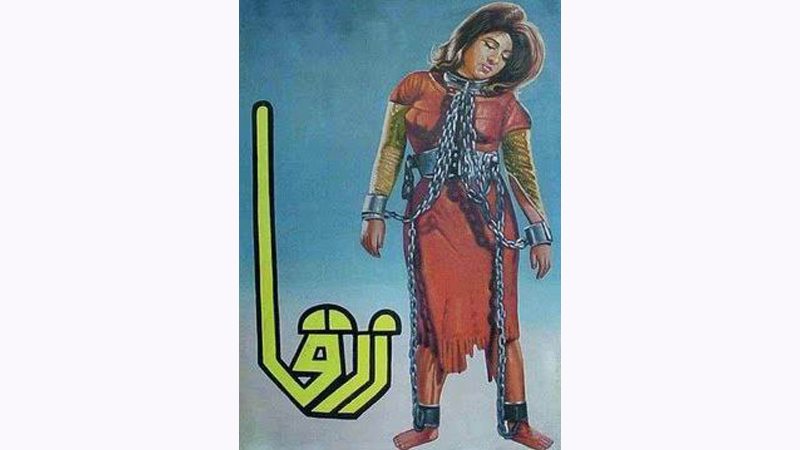 Directed by Riaz Shahid, the film Zarqa deviated from the conventional theme of Pakistani movies and undertook a risky experiment of bypassing the popular taste of folks in the climate of the 60s. The movie was a mega-hit diamond Jubilee.

The story is based on the story of a Palestinian dancer called Zarqa, who sacrificed her life for the ‘liberation’ of her motherland from the ‘Jewish occupation’.

Actress Neelo played the role of Zarqa. The movie sort of stirred controversy after writer, producer, and director Riaz Shahid offered distribution rights in the Middle East to the Palestinian guerrilla organisation, Al Fatah. The movie is also considered a propaganda-laden story.

Habib Jalib wrote the heart-wrenching emotional song based on the real-life event with Neelo. Neelo, wife of Riaz Shahid was summoned by Amir Mohammad Khan, Governor of West Pakistan, to dance for the Shah of Iran during his official visit. But she refused to comply with the conditions. Harassed and threatened, Neelo faced dire consequences for refusing to obey orders. She attempted suicide on the way to the Governor’s house and was taken to a hospital instead where the doctors saved her life. 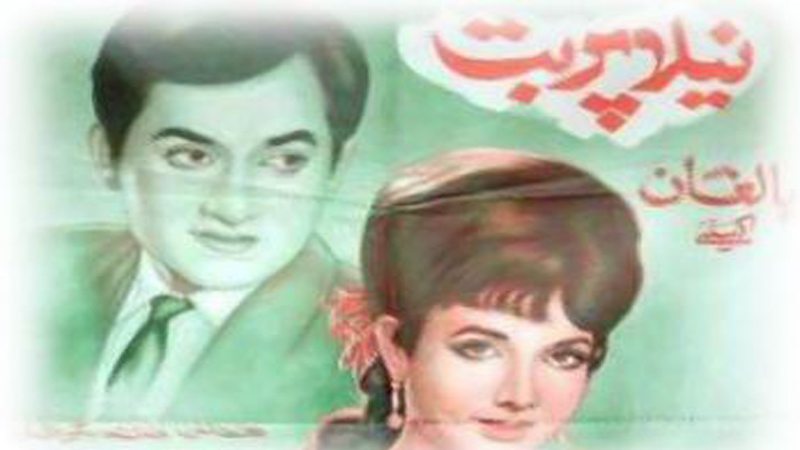 Directed by Ahmed Bashir (Bushra Ansari’s father), Neela Parbat was one of the few films made in Pakistan that was released with an “Adults Only” certificate because of its mature theme. The film dealt with the Freudian aspects of love in which an old man secretly falls in love with his adopted daughter. Such themes are still considered to be bold and daring in mainstream Pakistani cinema and the drama industry.

Roshan Ara rendered a raag and there were Kathak and Bharat Natyam numbers. There were also unique lyricless item numbers. The film proved to be too much of an experimentative genre in the commercially dominated industry. Critics say that the movie could not do well because it was extremely slow paced and very few could understand the psychological movie and its symbolic connotations. 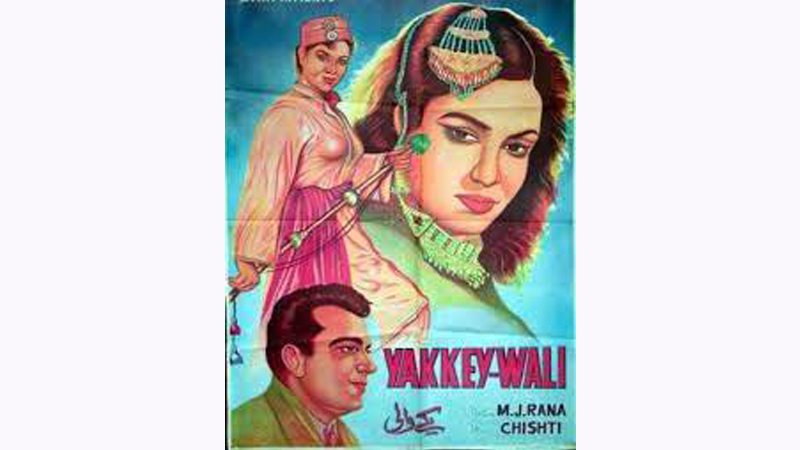 4) Yakke Wali (1957) – A Feminist movie ahead of its time Yakke Wali was way ahead of its time. Strongly feminist, even if it wasn’t expressed like this at the time, the movie addresses the issue of women empowerment in a patriarchal society. It is a story of a brave Punjabi woman – Yakke Wali – who earns a livelihood and supports her family by driving a tanga.

The young girl cross-dresses and disguises herself as a man to become a tonga driver in the Lahore of the 1950s. While the fact that she had to ‘become a man’ to survive in society might not be interpreted as ‘feminist empowerment’ by the post-modernism lens, it is also important to note that the film vaguely draws attention to the stifling environment of a conservative society that compels women to give up their identity and to ‘cease to be themselves’.

It is a typical Punjabi romantic story with melodious music by Ghulam Ahmad Chishti when he was at the peak of his popularity among the people in Pakistan. The Punjabi tunes are still considered as classics and have become an integral part of the folk culture of Punjab. Some of the best songs written by Ahmad Rahi belong to this movie. 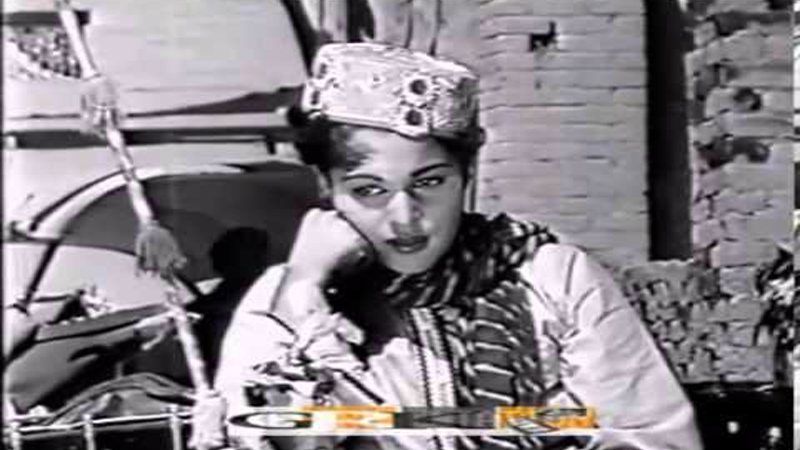 Premiered by Madar-e-Millat Fatima Jinnah herself, Charagh Jalta Raha was a super hit in the newly created state of Pakistan.

Directed by Fazal Ahmad Karim Fazli, the movie won a Nigar Award for the year 1962 for Zeba as best supporting actress of the year. She made her film debut with this movie. It was also the first movie of legendary actors like Muhammad Ali, Talat Hussain, Kamal Irani and Deeba. 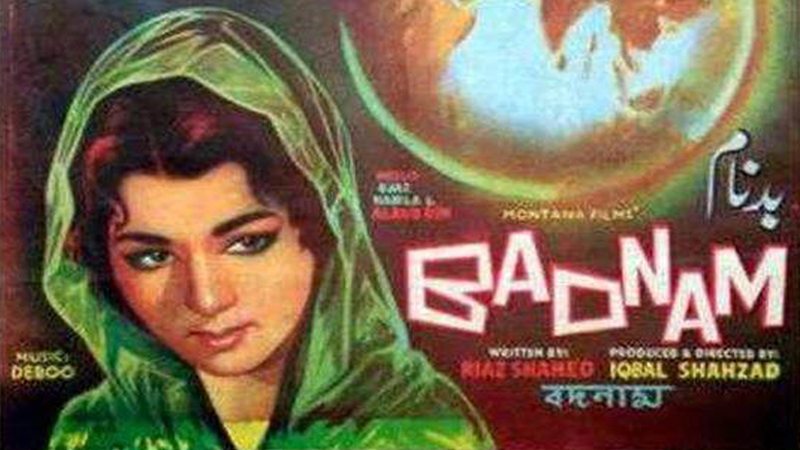 Badnaam is an adaption of Manto’s short story jhumkay. The movie, like Neela Parbat and Lakhon Main Aik, is considered an important milestone in the history of Pakistani cinema.

It is a story of a poor housewife’s desire to own a pair of earrings (jhumkay). After her poor husband, who makes a living by driving a horse cart, fails to get her a pair, the housewife starts indulging in an illicit affair with her rich landlord.

It is said that the director Iqbal Shehzad became a victim of the same moral policing that Manto spent much of his life protesting against. 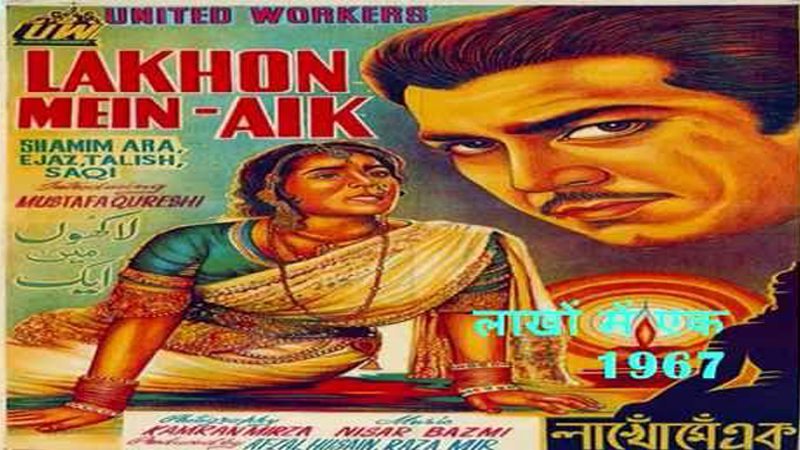 Lakhon Mein Aik was based on a very sensitive topic of a Hindu-Muslim love story. It was a super hit movie and has been rescreened several times for its educational theme.

Beginning from the first days of Partition violence, the story follows two Hindu and Muslim families in Kashmir, who are joined “by chance” in the chaos.

Defending himself, the Hindu patriarch flees to India, but is accidentally separated from his young daughter, Shakuntula. The story seeks to depict deep social rifts through separated brother motifs via a trans-border romance. It speaks to the agony people feel when separated from loved ones by arbitrary lines on a map.