India is leading South Asia towards an unprecedented yet unimaginable danger. This development by the Indian side will negatively impact deterrence stability in a number of ways

BrahMos is a joint venture between India’s Defence Research and Development Organisation (DRDO) and Russia’s rocket design bureau NPO Mashinostroyeniya. The IAF, from January 2018, has signed a contract with Russian company for the delivery of air-launched BrahMos missile. Along with that three Su-30 MKI jest have been modified where in total of 50 Su-30MKI aircraft will be modified to carry nuclear-capable cruise missiles. There is also an estimate that IAF will induct at least 200 BrahMos attuned fighter jets for years to come.

Expert Kyle Mizokami has included this weapon in the list of the 5 most deadly missiles of all time in his article published by the US magazine National Interest. So not only this, BrahMos Aerospace has been engaged with seven countries in Asia and the Pacific, Latin America and the Middle East for selling Sukhoi Su-30MKI fighter jets armed with BrahMos.

This continuous modernisation of missile programs and diversification of delivery vehicles, specifically cruise missiles, is likely to aggravate the arms race further and will increase instability in the subcontinent

Behind the curtain, the Kremlin is in fact continuing to arm India. So apart from flowing huge amount of lethal weapons that Moscow is selling to India is in fact making their duo more concrete setting dangerous precedent in the region. These jointly developed arm systems are not only making Indian armed forces more capable, but also setting a new precedent in the region for technological advancements.

Specifically, such advancement of BrahMos supersonic cruise missile needs to be observed in closed quarters by regional players, and its likely impact on the geopolitical hot spots. Certain areas such as the Himalayan region, the eastern Indian Ocean and the South China Sea, are the choke points where strategic interests will overlap with India and a number of Southeast Asian neighbours.

Among the other advantages which India gained by developing it is that it can be delivered from air, BrahMos’ improvements would fortify India’s capability to stab deep into China’s and Pakistan’s territory, which has already been ramped up with the purchase of five Russian-built S-400 long-range air defence missile systems. 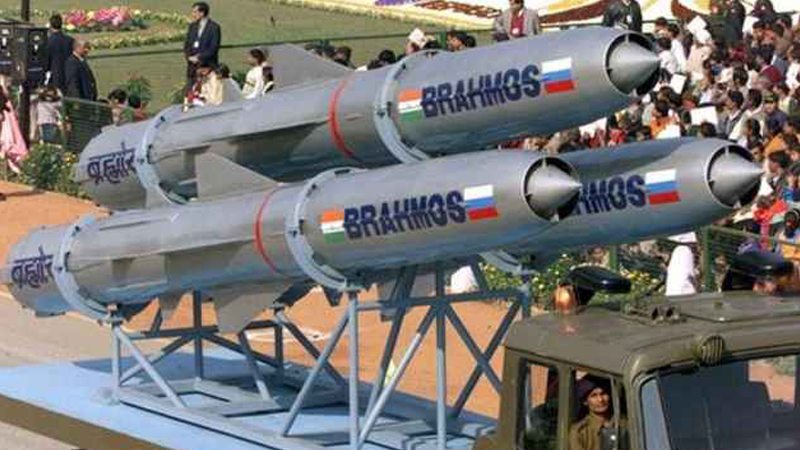 At the same time, this development by the Indian side will negatively impact deterrence stability in a number of ways. Cruise missile development with supersonic capabilities could place at risk a wide set of targets to precision strikes, lowering the nuclear threshold during crisis. This has prospects for weakening arms race stability. As its accuracy and range already been increased, with this development India could consider counterforce targeting options, thereby providing increased incentive to enlarge further their nuclear stockpiles.

Still drawbacks remain, this continuous modernisation of missile programs and diversification of delivery vehicles, specifically cruise missiles are likely to aggravate the arms race further and will increase instability in the subcontinent. India must understand that such developments would further increase anxieties among regional players in the region and their resolve to compete with each other.

Hence by the development of BrahMos supersonic cruise missile the implications are profound which shows that capabilities have diversified and grown to a new level of extent, conditions for war avoidance and crisis management have changed or may no longer apply, making deterrence stability more difficult to reinforce in crisis.

New Delhi have been concurrently developing new types of missiles and military doctrines, stimulating additional sources of insecurity in South Asia. In short, India is leading South Asia towards an unprecedented yet unimaginable danger. Massive military spending along with sophisticated technological innovation, India is stepping up towards great power status. It has been using military power as a coercive tool in achieving its strategic ambitions.

The writer is pursuing M.Phil degree at the Quaid-e-Azam University, Islamabad. He can be reached on Usmanalikhan6@gmail.com