For now, it appears we are all spectators in a showdown that will unfold in the coming days

‘Nawaz Sharif isn’t afraid of death or jail’. These were the words used by the now deposed Prime Minister during the Abbottabad Jalsa in a bid to prove his ouster was the result of a purposely hatched conspiracy. A while ago, I wrote that Nawaz Sharif is the Jinn of Pakistani politics, primarily because he is dangerous for the system and seeks to revise the established rules of the game.

The statement stands vindicated. The country is at its lowest ebb. The ruling party’s leader is positioning himself as the biggest opposition to the establishment, and the irony is that the current Prime Minister has to work in close collaboration with the same institutions to ensure the smooth functioning of the state. We are stuck in a novel limbo, one that could easily become a quagmire. The question of whether this was a conspiracy has become a layman’s discussion topic. Was it really a conspiracy then?

Barring the debate about the judiciary overstretching its boundaries and the weak legal reasoning behind Nawaz Sharif’s disqualification, there are those who claim the Panama hearing and the workings of the JIT it instituted were fully independent and a welcome example of justice prevailing over corruption that holds Pakistan’s true potential back. It is true that the Sharif family has been unable to give sufficient proof of a money trail and no doubts on the credibility of the honourable judges of the apex court but the question remains: was this trial influenced in any way by the evergreen Pakistan establishment. There is no straightforward answer but a careful examination of the recent past is required here. The treason case against General Parvez Musharraf serves as a good starting point. When the trial against Musharraf was on the cusp of gaining ground, the dharnas led by Imran Khan and Tahirul Qadri were orchestrated to hold a sword over the government’s head. It is common knowledge that the then Chief of Army staff used dharnas as an instrument of the establishment’s bargaining power, to let Musharraf off the hook. Such is the power and muscle of the establishment — that despite the willingness of the government, there was no stopping Musharraf even though the charges he faced included treason. Of course, the logic follows that the establishment could not bear the shame of one of their prized generals being tried for treason. The forces of justice and accountability were forcibly stopped dead in their tracks.

It is equally pertinent to mention the Asghar Khan case decision by the Supreme Court in 2012, which ordered the FIA to complete the investigation on a Former ISI and Former Army Chief disbursing funds through a banker for electioneering in 1990. The review petition filed by the two accused remains pending in the Supreme Court, hence no probe has been carried out by the FIA to this date. Once again, the ideals of justice do not seem to hold any salience for the case involves two high profile members of the powerful establishment. There simply is not enough political capital and gusto even within the Supreme Court to strike down the review petition and order the probe on the Asghar Khan case to move ahead. It carries the potential to activate an institution that has historically meddled in democracy and is all but immune to accountability and questioning vis-à-vis the logic of national security. However, on the comparative, the court entertained the Panama case petition, which it had once termed frivolous because there was enough political space and support to entertain the hearing. It is clear that the apex court doesn’t operate in a vacuum, and is rather influenced by the intensely political environment that it is situated in. 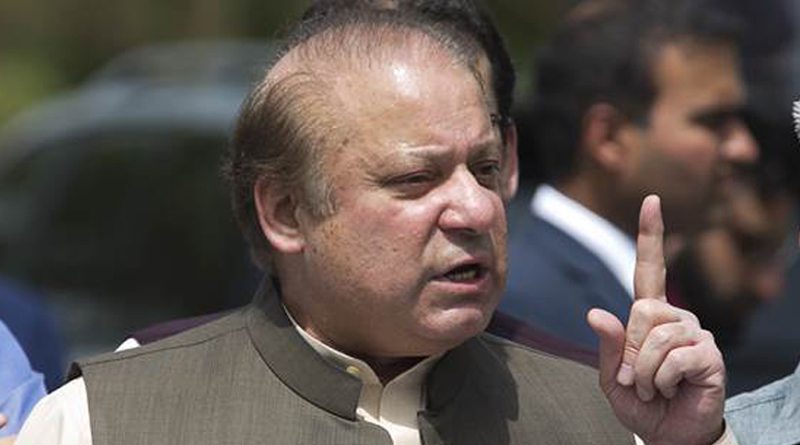 Truth be told, it is crystal clear that trials against former generals and Chiefs have never seen the light of day because political instruments like dharnas have been used to snatch political space away from the government time and time again. How then was a three-time Prime Minister, having successfully fended off cases in the courts and NAB for 20 years, brought down by the curious case of an Iqama and unclaimed salary? Countless political pundits and journalists have pestered the ruling party’s members to give proof of the establishment’s involvement in the case. For me, the history of legal cases in this country serve as a concrete backdrop to the Panama case hearing. The history lays bare a program of selective accountability against politicians in this country, may it be Zulfikar Ali Bhutto’s murder, the carefully orchestrated Nawaz Sharif hijacking case or the establishment’s victory in saving Musharraf. It is this unfortunate tale of selective justice that lends credence to the rhetoric of conspiracy in the Panama Case and JIT hearings. It is obvious that high profile trials cannot succeed without the desire or interest of the establishment.

The arguments made in favour of absolute independence and impartiality are that the Panama papers were revealed by an independent entity. True. The plethora of evidence produced by the JIT however, especially the golden Iqama from the Jebel Ali Port Authority within 60 days clearly is not accurately reflective of the way the FBR, SECP and NAB operate. It is more an indicator of the kind of role that was possibly played by the uniformed guardians with their vast intelligence gathering measures and detailed information that exists in their records. Much has been made of the neutrality of the current Chief of Army Staff. The power he wields though is that of those around him. The Chief may hold a desire to let politics take its course but the establishment comprises of the top brass, not one man. It’s this very brass that applied pressure which prompted the DG ISPR to make an aggressive tweet against the government on the Dawn leaks fiasco and let him comment vociferously on the country’s economic state. These incidents have proven that establishment comprises of its own hawks, even if the man on top wishes to remain disengaged. It is unreasonable to make the argument that the establishment have lost their appetite for political engineering, want for political space and hatred for Nawaz. Most of it still exists, which also forms the underlying reason for arguments in favour of conspiracy. Only time will speak to the veracity of these claims.

Few would have thought in the 1990’s that the same man the establishment harboured, supported and collaborated with to craft and give shape to a new generation of Pakistani politics would become their biggest arch nemesis. Sources from the Sharif family say that Mian Nawaz Sharif’s resolve to prove he was ousted unfairly via a conspiracy has been further strengthened by Kulsoom Nawaz’s predicament. He is not ready to back down or get bogged down by NAB hearings or for that matter, let the former First Lady’s condition tire him. For now, it appears we are all spectators in a showdown that will unfold in the coming days.