I had known her as a child, once, and remembered a number of dreadful nights caved in her home. To be exposed to her, to share air with her, was monstrous to me 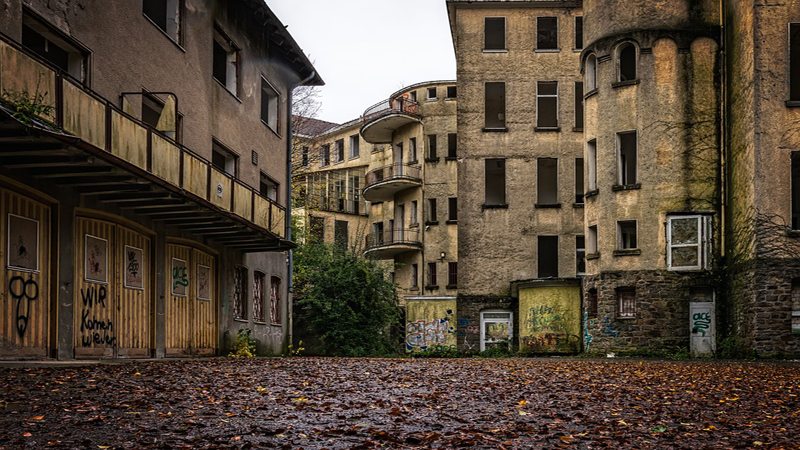 Ms. Phoebe Jonathan was an eclectic woman, to say the least, and one would not be malicious to think of her as a viper snake. I had known her as a child, once, and remembered a number of dreadful nights, caved in her home, striving to reduce the space that I took. She was never kind, rarely smiled, and inapproachable when she did. Over the years away, I had convinced myself that it was the larger-than-life imposition of a matron and nothing more.

However, I find that, being across the table from her now, taking the aging woman to dinner at the request of my aged mother, she was as horrible to behold as my wanton childhood recalls. There was nothing in her appearance, which was by all means graceful, with character marks in the place of wrinkles. But to be exposed to her, to share air with her, was monstrous to me.

She had been reading a collection of stories by Edgar Allan Poe from an imposing leather book when I arrived, and found the author’s nature to be an apt topic of conversation with a virtual stranger. Striving to care for her delicacies, few as they may be, I entertained her whims. I deeply regret the course.

“He had a wonderful manner of finding out man’s carnal thoughts, didn’t he, child?” she said. “He knew how horribly base everyone is, and could manipulate those feelings into a pure consummation of dread and power. Age, station, beauty, wit – all befell to fear.”

She wagged her finger at me, and then turned it over the others in the bistro, like a seeking rod in the salt plains of Jordan. “Who here is full of fear? All of them; yes, all, but who has it most richly?”

“Fancy yourself as a writer now, Ms. Jonathan? I didn’t imagine we’d be people-watching to-day,” I attempt, beginning a recollection of the ways of a playwright I was familiar with, but I was cut off curtly.

“Take her, for sake of convenience,” she pointed out a pretty blonde with deep brown eyes and a smart coat. “Can you not simply tell, can you not, how wildly her heart bleeds? How wide and deep her thoughts go!” If it had not been for her clinical, madding tone, one might have thought her words to have romantic delight.

“She is rather lovely, indeed, but she will take notice of us if you point at her.”

“Oh, how could she, child, when she is lost to her fears?” she cooed, petting the air with her stiff finger. Presently, she began to sound like a puppet-master lecturing on the ways to move a marionette. The two ladies, opposed in age, became opposed in sentiments, as the elations of one bore sharper and sharper contrast to the listlessness of the other.

“Do you think she struggles with night terrors, demons that follow her to dinner? One that whispers to her that she’s losing her beauty; look, she lacks a ring, and shall forever more. Another tells her of the futility of her career, how she’s kept only as a looking prize to entertain the men and drive more capable ladies to success beyond the superficial. Still another says to her, with glee and grandeur, her friends humour her for her silly dreams, because she makes for better comedy than any book of Wodehouse or Twain.”

“I’m afraid I must ask you to desist, madam. I believe she hears you, and is becoming rather upset.”

“Hears me? Child, she’s lost in the terrors of her coil! Can you not hear how wildly that sad, little heart beats now, like a tribal drum at an apex? See; see closely, at the tremble across her ring-less hand, the searching openness of those childlike eyes for a saviour that shan’t ever be or come, and … oh, her cold, cold dread, springing inwards from cemented limbs as it consumes all but her burning head. So full of foolish dreams, so susceptible to horrible suggestions, gnarled and wrought with mistakes and regret and hope. It’ll be the death of all men.”

Lord help us – for while the witch in front of me talked and spun herself into higher ecstasies with this whispered madness, the poor lady had her face twisted and haggard with hard breathing. Then, as quickly as this fever had taken, it disappeared, leaving a deaf and dumb silence. Ms. Jonathan brought her hands down, like a conductor finishing a set, and the lady complied with a whimpering mewl as her last note and fell forward on to her table.

I realise that there was no silence, but that I could not hear anything over my own scream. That was, until the lady’s companion cried out.

The writer is obsessed with words and is a caffeine addict. He blogs at akifrashid.wordpress.com