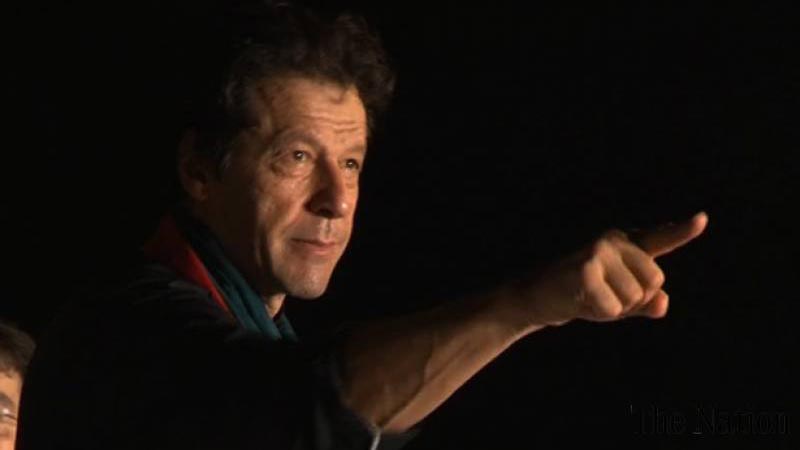 Pakistan Tehreek-e-Insaf (PTI) Chairman Imran Khan on Wednesday said Pakistani liberals were ‘more dangerous than anyone else’ as they are always ‘thirsty for blood. The PTI chief’s remarks were strongly condemned by social media users who reminded him that religious fanatics and not liberals are a threat to the country’s stability.

Twitter user Dr Nauman said,? “So according to Imran Khan Khadim Hussain Rizvi is not a threat to Pakistan but liberals are the biggest threat to this nation. I do not know to laugh or cry.”

Satirist account Ranting Pakistani tweeted,? “Imran Khan is right. Pakistani liberals are thirsty for blood. They are dying. All three of them.”

Twitter user Kala Kawa? said, “So when the liberals do their dharna will they also find a surprise cache of tear gas and grenade launchers? Because they’d really put them to good use being such “khoonis” as per Hazrat Imran Khan Sahib.”

Journalist Muaaz Ahsan tweeted,? “I wish for once Imran Khan finds courage to lecture this “respect for human life” to the monsters who are actually killing ppl. Its easy cursing ppl who are just expressing their opinions and not carrying weapons, blocking roads and burning down public property.”

Columnist Ayesha Ijaz Khan said,”?History will not forgive Imran Khan for the vile misinformation he knowingly propagates in order to deliberately confuse a semi-literate population. Instead of educating them, he misinforms them all in his quest for that illusive power. Shameful and disgusting.”

Twitter user Daaniyal? said, “Religious extremists calling for extermination of other fellow law abiding Paistanis have just engaged the state in battle and bested it. Creating long term problems that may undo us.

But yes, let me give a beatdown to liberals who are the real problem.”