Normalcy prevails in city as protests come to an end 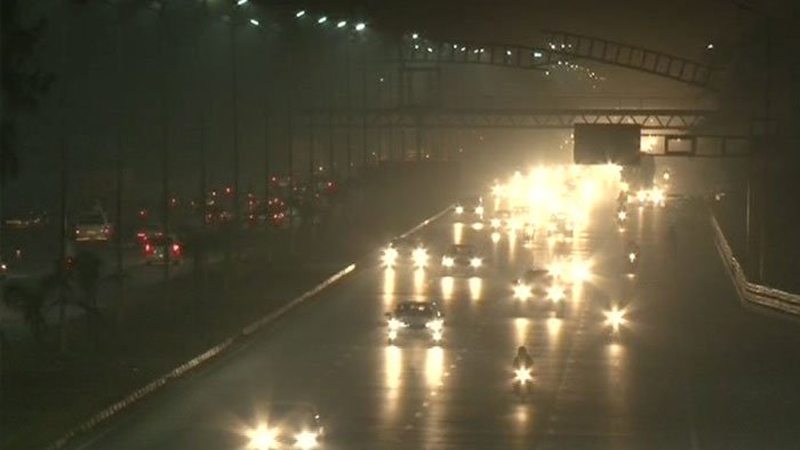 LAHORE: The protesters, including members of Tehreek Labaik Ya Rasool Allah (TLYR), dispersed and vacated protest sit-in sites across the provincial capital after their leadership in Islamabad called for ending the protest on Monday. However, a group with name of Tehreek-e-Sirat-e-Mustaqeem Pakistan continued their protest sit-in at Charing Cross.

The blocked roads on Monday morning also caused thin attendance at offices, as large numbers of people remained unable to reach their offices. The work at government and private offices remained suspended due to short attendance. Only a few people whose houses were located near the offices were able to reach, whereas the people who used to come from suburbs or nearby cities, including Sheikhupura, Kasur and Raiwind, remained unable to even enter the city’s territory.

The city also faced shortage of fuel as long queues were observed outside a few petrol pumps that were selling the fuel. Lahore Deputy Commissioner Sumair Ahmad said the shortage would be end till Tuesday morning as 4.3 million litres of fuel was provided on Monday evening. However, the city needs around 2 million litres daily.

Soon after the protest was called off by the leader of TLY leader Khadim Hussain Rizvi, the protesters started dispersing from all places; however, a supportive group of the TLYR, TSMP, led by Dr Ashraf Asif Jalali refused to end protest sit-in at Charing Cross, which continued until the filing of this report. The protesters vacated all other places including entrances to the city.

While addressing a press conference, Dr Ashraf Asif demanded resignation of the whole government, especially Punjab Law Minister Rana Sanaullah, and action against those who were involved in killing of six protesters.

It is pertinent to mention here that the TLY was holding a protest sit-in in Islamabad for the last 22 days; however, the followers and supporters of the party staged sit-ins in Lahore after the scuffles between police and protesters left 6 people dead and several others injures. The followers and supporters turned to roads and entrances of cities, halting life. Following the sit-ins, the Punjab government announced closing all educational institutions, including private and government schools, colleges and universities.