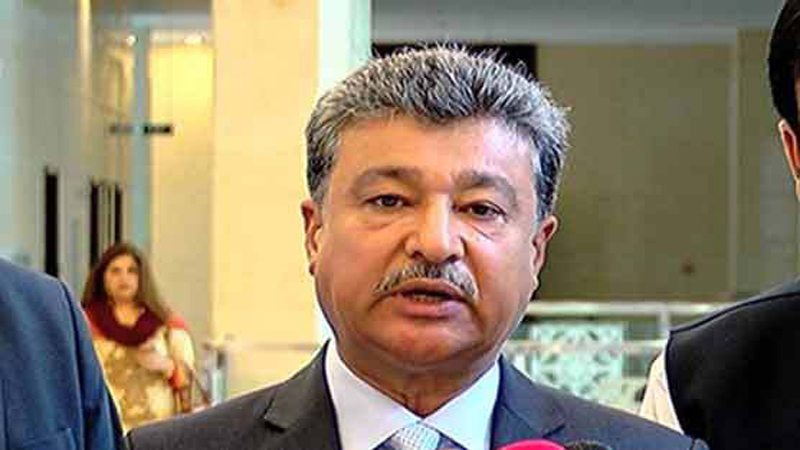 According to a PFA spokesperson, the spices were sold under the brand names: Iman, Machli and Mor. He added that sawdust, textile colour, and other contaminating agents were seized from the site during the raid.

PFA Director North Bilal Abro said that all tests conducted on the recovered substances were proven positive. In another raid at Naswari Bazaar, the authorities sealed a jam warehouse after dead rats were found at the production area.

According to experts, a large amount of trans-fatty acid and nickel are used in the industrial scale preparation of banaspati ghee.

According to PFA Director General Noorul Amin Mengal, the amount of oil and ghee that a Pakistani uses annually was 18kg. “Whereas, a European only uses a three percent of the said amount,” he said.

Emergency: Capital Development Authority (CDA) Chairman Sheikh Anser Aziz said on Friday that the importance of Emergency and Disaster Management (EDM) was increasing day by day as multi-storey buildings were also increasing in the federal capital. “Training of staff of EDM Directorate, in line with the modern standards, is among our priorities, while steps are being taken to further strengthen this formation with latest technology and equipment,” he said.

He expressed these views, while chairing a meeting held at CDA Headquarters. During the meeting, yearly progress of Emergency and Disaster Management Directorate was reviewed. The meeting was attended by the senior officer of EDM Directorate. On the occasion, the mayor was briefed that the formation was performing different duties including fire fighting, carrying out rescue operations and thirdly inspecting different premises in the federal capital for ensuring the implementation of Fire and Safety Regulation 2010.

The meeting was informed that during the period, 445 rescue calls about various other emergencies were also received. The meeting was briefed that 1,074 premises, occupancies were inspected across ICT limits and served with advisery reports / notices / checklists. A total of 89 show cause notices, reminders were also issued. A total of 28 NOCs/approval plans were also issued during the period. The department also organised 18 training sessions for imparting training to its staff.

Sheikh Anser Aziz said that in order to make this formation more effective, it would be equipped with latest technology. He said that steps were being taken for arranging training programs both at national level and international level.