Our TV industry is stronger than our film industry at the moment: Junaid Khan

‘Since my mother was an artist and a gold medallist in fine arts, I adopted the artistic skills from her’ 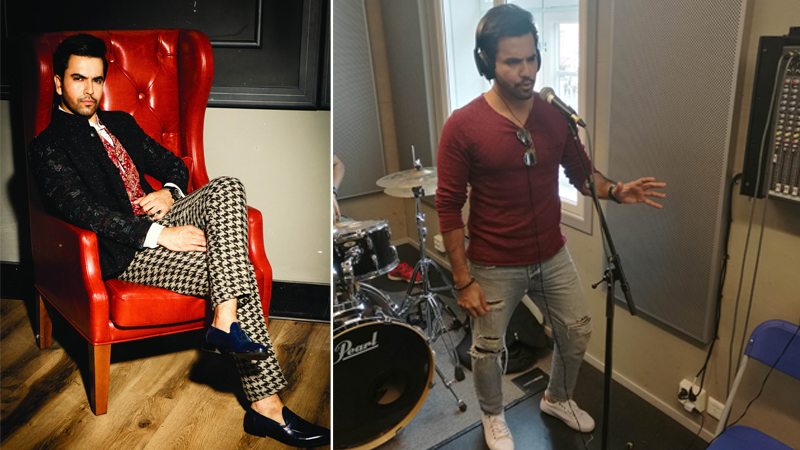 You are an acclaimed singer as well as an actor, having worked in many drama serials. Which do you enjoy doing the most? Singing or acting?

Though I acted in various dramas as an actor where you are canvassed to playing somebody else, expressing yourself as another character which is all scripted but being a musician I enjoy the most as I pen down expressions myself. Penning them down and expressing my heart out completely gives me great pleasure. So I would say that my own expressions are more favourable and stage performances are the best part of it.

Who do you consider your major competitors? How are you better?

Though being human you tend to notice characters of your league but I am a kind of person who is not driven by competition. Music and acting are my expressions utterly independent of others. I do take feedback from social pages and the audience admires both my acting and music. But I would never say that I am better, though I have a side-edge in industry for being both a musician and an actor.

What made you opt for the field for acting?

Since my mother was an artist and a gold medallist in fine arts, I adopted the artistic skills from her. Moreover, I would draw in my spare time, performed in the college theatre as well as the University of Engineering & Technology Theatre. Being an artist, it gave me a chance to express myself.

When are you the happiest?

There are various moments when I feel the happiest. First and foremost with parents, with the family, with the boys on stage and while playing with my son. I like to receive positive energies from others, like happiness and positivity. Moreover, I like cracking jokes though I look tough and have a serious tone.

Tell us about a memorable incident on set.

One of the most memorable incidents is when the audience appreciated me by a huge round of applause after the scene with Sheikh Sahib on the set of ‘Yeh Mera Deewanapan’. The scene showed a long conversation, which I had memorised and was appreciated greatly for that. The character which I was playing was of a young boy, a great challenge for me to dwell into, developing the body language, looks and vocal tone which I enjoyed the most playing. This incident keeps reminding me to work hard and improve myself in this field.

Tell us about a crazy fan moment.

There is not any particular moment. Fans are not crazy but loving. They are as much loud and expressive as much as they love and admire you. I don’t really mind my fans even if they are crazy because I have been a fan myself so I completely understand fans’ feelings. To have lovable fans is a blessing and I really enjoy it.

Which female co-star do you share the best camaraderie with?

It’s hard to think of anyone with whom I didn’t work as I worked with almost everyone and feel blessed that way. All are very good and have different natures so it would be unfair to talk about a few keeping aside the others. Saba is a brilliant actress, Sanam is humble and genuine and Mahira is pleasant and professional.

Would you encourage your child to join acting or singing?

It all depends on one’s taste. For me, when I was young, I was more inclined towards arts, music and acting but my parents were concerned that this inclination might not draw me away from studies. I kept balance between my studies and hobbies. Education is very important and one should keep everything going side by side. One should be encouraged positively. If children are not encouraged to follow their passions, this might have a negative impact on their temperament and approach to life.

How has Call’s comeback been fruitful and fulfilling?

Two years ago, we the band members were at an event where the fans saw us and insisted that we get back together and make more music. We do what we do for the love of our fans, as it’s their love, which motivates us to express more and more through our music. Our fans around the world also appreciated our recent performance at the ‘Pepsi Battle Of The Bands’. It’s their love, which keeps us going, and we hope to meet their expectations.

I am currently working on two projects. One is for ARY Digital, a drama serial ‘Khasara’ produced by Sana Shah Nawaz, the one who produced ‘Man Mayal’. The caste is entirely hardworking and renowned. Mikaal, Sarwat and Sonia Mishal star in it. Secondly, the script is amazing and I am enjoying every single second being on set. My other project is for Geo, which is directed by Wajahat Hussain. The cast includes Hiba Bukhari, Momal Sheikh and many more great artists.

What are your major goals in life?

To be happy and making others happy at the same time, are the major goals in my life. Staying satisfied and content is how I aspire to be. I also feel blessed to have a medium to express myself as an artist.