Sara and Aami are a newly-wed couple living marital bliss, when Sara is kidnapped by Sultan, the son of a governor. She is raped repeatedly during three days of captivity 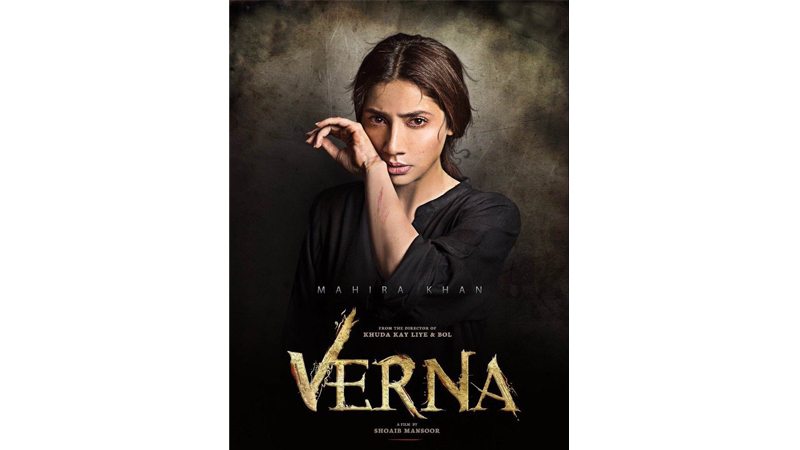 It is poorly written, horribly directed, shoddily shot, sloppily acted, incompetently dubbed, and clumsily edited but its real failing is taking on important, relevant issues – rape, VIP culture, the abuse of power, and the impotence of courts – plaguing Pakistan and making a mockery of them by presenting them in a pretentious, unconvincing and feeble manner. Shoaib Mansoor’s smug film is a turd that cannot be polished, no matter how hard the cast; crew and public relations professionals try.

Sara and Aami are a newly-wed couple living marital bliss, when Sara is kidnapped by Sultan, the son of a governor. She is raped repeatedly during three days of captivity and released unceremoniously one evening. One of Sultan’s goons stays in touch with Aami during Sara’s captivity, urging him not to report the crime to the police and assuring him that Sara will be returned safely after three days. His motives for doing so remain unknown. Once home, Sara finds her family unwilling to support her desire to report the kidnapping and rape and, occasionally, blaming her for her ordeal. After one of several unconvincing arguments with Aami, she leaves her husband’s home, enlists the services of Humi – an attorney experienced in dealing with rape, and moves to her parents’ home. It is too late by this time to do a rape-kit on Sara and she hatches a plan to fabricate the results of a rape-kit. The plan backfires and Sara faces a humiliating defeat in court. Publicly shamed, her father, a schoolteacher who lives in a palatial house with a huge basement, commits suicide. Sara, Humi and Aami then come up with a second plan to deliver justice. This time they succeed and the stage is set for the couple to live happily ever after.

Filmed, alternatingly, in the Shomingeki and Film Noir styles, ‘Verna’ is short-changed by both genres that are apropos for dark, menacing and fatalistic dramas but completely unsuitable for a film about rape and its aftermath. The crime jazz score diminishes drama instead of racketing up tension and, instead of helping the narrative, the screenplay’s haphazard structure highlights the inconceivability of events. Verna’s slow pace gives the audience enough time to ponder the total and absolute inanity of its plot. This is an irresponsible movie that trivializes the crime of rape, deals with the abuse of power using tired clichés, and presents the pervasiveness of corruption in the country without any insight, intelligence or authenticity. Verna is an ugly collection of unbearably vacuous, unrelentingly tedious, and horribly fatuous audience-insulting scenes, randomly assembled to give the movie a façade of depth, relevance and importance.

VJ-turned-actress Mahira Khan plays an Oxford graduate who does not have the bearing, sensibility and intellect of anyone with even a bit of education. Her plan to secure a rape-kit is simultaneously foolish and unbelievable; to make things worse it unfolds in a manner that takes implausibility to mind-numbing heights. Her character manages to emerge out of the trauma of rape within days, if not hours. In an unlikely scene with her husband and attorney, she announces her decision divorce her husband; inexplicably, in the very same scene, she tells him to stay away and wait for her to return to him. Her eventual plan to exact revenge is preposterous to a level that poking holes in it is pointless; the fact that actors went along with it with a straight face may be a testimony to their histrionic abilities, except that it is not. No one acts well in the movie, least of all Mahira Khan. She is the fearless warrior who never loses her make-up, never delivers a line convincingly, and never displays the rage and despair of a rape victim. Her hapless performance, may fit well with the audacious idiocy of Verna, but is disrespectful in its treatment of rape and its aftermath.

Haroon Shahid is, for lack of a more appropriate word, totally and completely awful. He plays a young man that exists only in Pakistani cinema and television: remarkably rich but without any real occupation other than dealing full-time with domestic familial issues. It is remarkable that a mummy-daddy burger kid in real life cannot convincingly play a mummy-daddy burger kid on film. He deals with the aftermath of his wife’s rape by playing really bad lead guitar and, throughout the unbearable length of ‘Verna’, uses one clueless expression to display emotions of happiness, sadness, anger, peace, fear, and relief.

Of course, blaming actors for poor performance in a film with a screenplay, direction and production as bad as Verna’s is a tad unfair. The best of actors would have failed to deliver well in Mansoor’s mess of a film. Instead of using dialog to help the narrative, ‘Verna’ forces its actors to deliver lines that justify the anomalies and errors of plot and storytelling to each other, the audience and, perhaps, to themselves. All of them deliver Mansoor’s embarrassingly corny dialogues in a lazy drawl that is both annoying and irritating. The villains in the film sit around laughing in a villainous manner. The parents of both the wife and husband sleepwalk through the film with inscrutable expressions trying – unsuccessfully – to make sense of their characters and the narrative. Supporting actors read their lines, making not even frail attempts to perform as actors.

The closing titles of ‘Verna’ reveal a curious fact. A polio expert was used, ostensibly, to add authenticity to the character of Aami who limps due to a childhood affliction of polio. Admirable though that is, it is a total exercise in futility because ‘Verna’ needed experts in direction, writing, cinematography, sound, music, lighting and acting way more than it did for polio. Oh well!