A shrunken head, a pointed unaligned forehead, with wide round jaws, a body of normal size moving arbitrarily. Screaming and speaking nonsense. These startling deformities suggest such a demeaning name. Rats, ‘rats of Shah Daula’, a name that relegates their individuality to ‘animal status’, resulting in a decline of human dignity and status. At the shrine, they are treated with great respect with a firm belief that they are touched by God. Pilgrims from all over the country come to the shrine in Gujrat with sick infants in their arms and hopes in their hearts. This site is considered the symbol of health and fertility for women.

Infertile women would come to the shrine and pray for children. Their prayers would be answered but in a terrible condition. The first child they conceive would be a ‘chuha’ and must be donated to the shrine, otherwise, any further child will be born with the same startling deformity. However, a much darker and scariest side of the story is that the criminals over the years have been creating ‘chuhas’ by kidnapping babies and placing an iron band on their head in order to restrict the growth of the skull, by this creating a retarded child with severe mental and physical incapabilities. These cruelly modified children are then sold and used for begging on the streets. A strong notion is inculcated in the psyche of people here that by ignoring these children, worst kind of luck will follow them so they fill their bowls with money and the begging proves to be dramatically lucrative for their masters. Generations of these children have wandered on the streets with begging bowls in their hands. 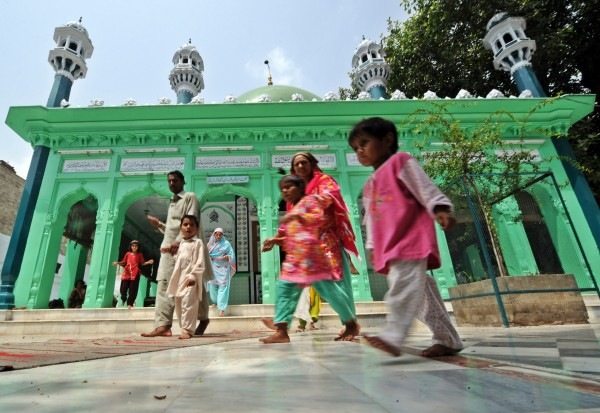 A question is there for decades, why this shrine is associated with ‘rat children’? Did their condition is a natural genetic disorder or is this a holy man’s curse? If we dig deeper the answer to this question lies in the history of this ‘Darbar’. Shah Daula was very fond of animals and was a very kind-hearted. He used to put helmets on the heads of his animals for decoration. It is also reported that he had a great love for the abnormal children. He did not take them as oddities and freaks, but considered them as human beings with a different level of ability. Shah Daula was known for his interest in helpless and needy. With the passage of time following his death people associated these children with him and fabricated a handful of stories in this regard. 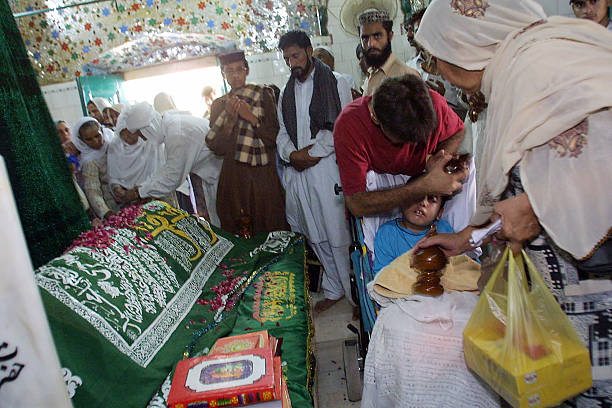 In the modern world, science has been very successful in breaking long held orthodox traditions. A scientific explanation of the “rat children” is well established. A medical condition known as ‘microcephaly’ is the root cause of these small head children. These children are found all over the world, but Pakistan again stands above in their number because of the high rate of cousin marriage. Due to lack of medical care and special institutions for these children, society that composes mostly of illiterate and ignorant people paved their way to the available alternative. Parents trapped between science and religion just wants their children to be normal and pray to God to take this so called blessing away.

When mixed with ignorance and orthodoxy, religion can be wild, loud and imperfect. Cruelty and fear mingle like milk and tea. Social practices deviated from humanity are fabricated and all of this happens under the banner of religion. Several versions of reality are dispersed in the society and people believe what they find more compatible with them.