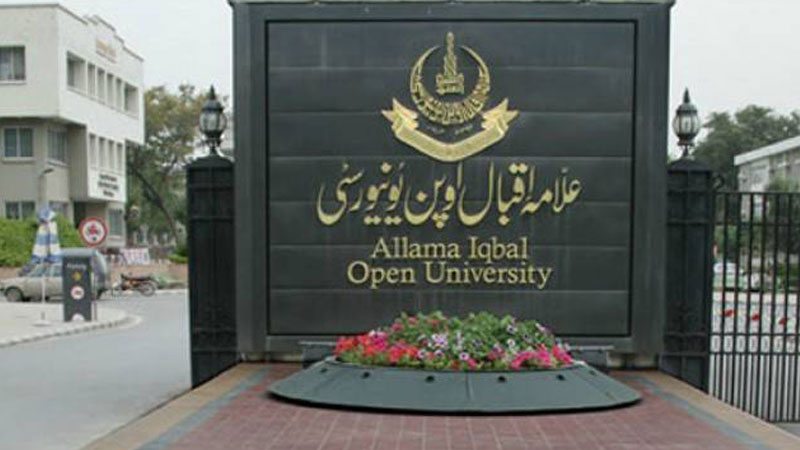 According to available information, the foundation stone of a 200-room Mera Bhegwal Technical College Islamabad was laid down by Prime Minster Shahid Khaqan Abbasi’s father Khaqan Abbasi back in 1985.

Currently, the Ministry of Capital Administration and Development Division (CADD) is responsible for overseeing the college’s affairs.

It was the only technical institute of its kind in the area and was hailed as a great opportunity for local students to get technical education in various disciplines. After the completion of the building, the academic activities in the college could not start due to various reasons.

After assuming charge as the CADD minister, Dr Tariq Fazal Chaudhry took personal interest in the matter as the college was located in his constituency – NA-49.

In 2014, a memorandum of understanding (MoU) was signed between CADD Ministry and former AIOU vice chancellor Dr Nazeer Ahmed Sangi.

Under the MoU, the government gave the responsibility to AIOU to run the academic activities in the college. Sources said that the university had also received around Rs 3 billion for the purpose.

Despite the passage of three years, the AIOU, however, did not take any step to initiate classes in the college.

Sources said that residents of the area had been heavily criticising Dr Tariq Fazal Chaudhry for the non-commencement of classes in the college. “He has held many meetings with the AIOU administration in this regard. However, nothing has been done in this regard,” sources said.

Eventually, CADD Ministry decided to place the college under the Construction Technology Training Institute (CTTI) Islamabad, an attached organisation of the Ministry of Communications. Under the new agreement, now technical courses training will be given by CTTI in the college.

“The CTTI will start technical courses in the college in the next academic session,” a senior CADD official said. In a recent official statement, the CADD also clearly mentioned that the AIOU had not launched training/ courses due to various administrative and financial problems.

Interestingly, when asked about the funds provided to AIOU under the 2014 MoU, the CADD Ministry’s media coordinator could not provide a satisfactory answer. Despite repeated attempts, Dr Chaudhry remained unavailable for comments over the matter.

AIOU VC Dr Shahid Siddiqui said that the university would run short professional courses. “We will offer short courses as per the previous signed MoU,” he said, adding that it was the ministry’s prerogative to make some sort of additional agreement with any other institution as it had done with the CTTI.

Last week, CADD Minster Dr Chaudhry had also inaugurated the college. As per the new agreement with CTTI, classes for technical courses will start in the upcoming academic session. However, surprisingly, the authorities have not given any statement about what happened to the Rs 3 billion provided to the AIOU.

According to details, short-term and long-term technical courses will be offered at the college. Students from the area will be given priority in the admissions process. However, several seats have also been reserved for students of other areas in the college.