Saeed Ajmal to hang up his boots after National T20 Cup 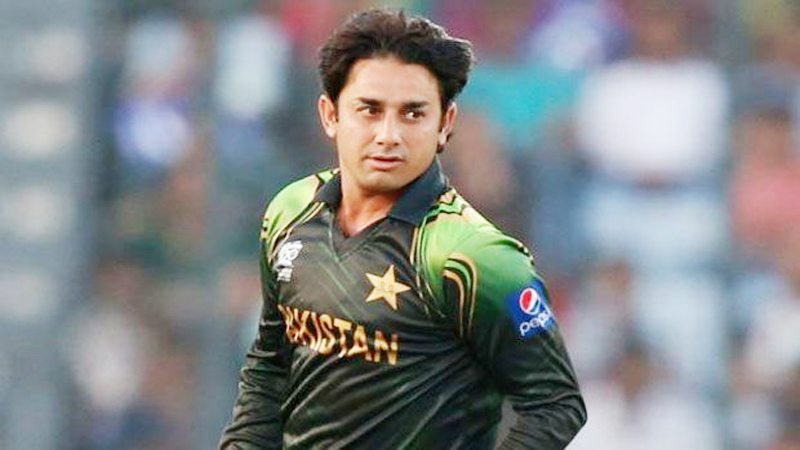 RAWALPINDI: Pakistan off-spinner Saeed Ajmal on Monday announced that he would be hanging up his boots after the last match of the on-going National Twenty20 Cup. Ajmal, who is representing Faisalabad Region in the T20 Cup, told media here that he had made up his mind about retirement after being offered a role as a spin bowling coach for the third edition of the Pakistan Super League (PSL) with Islamabad United. “I had decided this beforehand because I will be serving as a spin coaching with Islamabad in the PSL,” Ajmal said. “I will do a press conference at the end of this tournament and will announce my retirement officially. Only four to five matches of this tournament are left.” Ajmal, 40, is leading Faisalabad and news of his impending end came on a fitting day in which he played a lead role in a win over Lahore Blues. He took 3 for 26 from his four overs, including the wickets of Ahmed Shehzad and Babar Azam, and ran out Mohammad Hafeez in a seven-wicket win. He will hold off from making an official announcement until the end of the tournament.

When Ajmal leaves, he will do so as one of Pakistan’s most successful spinners. Though he made his international debut late, in the 2008 Asia Cup, it was under Misbahul Haq’s captaincy, from 2011 onwards, that he became a major all-format force for Pakistan. He ended, ultimately, with 178 wickets from 35 Tests at an average of 28.10; under Misbah, however, he took 141 wickets in just 26 Tests. He played a lead role in a number of Pakistan’s early successes under Misbah, not least his 24 wickets in the 3-0 whitewash of England in 2011-12. He was equally important in the white-ball formats, an important part of successful sides until 2011, and almost a solitary burden-bearer in the less successful sides thereafter. He ended with 184 wickets from 113 ODIs at 22.72 and another 85 wickets from 64 T20Is.

But for all the success, there was also the more problematic issue raised by his action. He was reported for an illegal action twice in his international career and it clouded somewhat the sheer potency of his doosra, a delivery he used to devastating effect. He was reported first in 2009, during an ODI series against Australia in the UAE, though he was cleared soon after. But it was when he was reported in August 2014, at the peak of his powers, that his international career was effectively over. Subsequent tests found that his elbow straightened well beyond 15 degrees when delivering both the offspinner and doosra.

Ajmal, who was considered a spent force after he remodelled his action following a bowling ban, said he didn’t retire because of any pressure. “I am not doing this under any pressure from anyone,” he said. “This is my own decision. I have turned 40 now, I had to leave cricket one day, so I thought I should announce my retirement since the matches are being broadcasted live.” He also lamented about Pakistan Cricket Board’s indifference towards legends. “The PCB won’t be doing anything special, so I thought I’d leave after this event,” he said.

At the time he was banned, he was the no.1 ODI bowler in the world, and in the top ten of both Test and T20 rankings. At that point, nobody had taken more international wickets than him in the preceding three-year period. It was suggested at the time that Pakistan’s excessive reliance on him – only one bowler had bowled more overs than him in that three-year period – had worn away his action and made it particularly ragged. Ajmal was able to remodel his action and return but he was never the force that he had been. He played just two ODIs and a single T20I in 2015 after the World Cup, but he was clearly a different bowler and a much reduced force. He has continued playing domestic cricket, and has been busy with an academy in Faisalabad since then.