India, Pakistan and Afghanistan need to realise that the region’s security and economic progress can only be achieved through mutual cooperation

The South Asian region — and the Af-Pak region in specific — is witnessing a major paradigm shift under US president Donald Trump. While his predecessor, Barack Obama, was quite subtle and kept major policy cards close to his chest, Trump, staying true to his persona, has remained rather vocal and explicit.

Not only has Trump — through Secretary of State Rex Tillerson — conveyed a strong message of new US inclinations towards India vis-à-vis Afghan politics, his administration has also threatened Pakistan of unilaterally acting against militant groups if Islamabad fails to do so. During his recent visit to Pakistan, Tillerson reportedly told the civil-military leadership in Islamabad that “If Pakistan failed to act against terrorists, US will get it done in a different way”.

In response, the Pakistani leadership conveyed to Mr Tillerson that not only was Pakistan less dependent on military aid and support, but Islamabad now wishes for ties with Washington based on ‘equal treatment’. This came especially after Trump announced that he considered India ‘US’s closest regional ally’.

Such statement and threats, coming from Washington, have surely taken Pakistan aback. The US, though, did send a high level delegation in October to mend tense ties, but anti-Pakistan statements coming out of Washington, from US military’s top brass, suggest the visit was merely a formality.

Making the situation worse for Islamabad, President Ghani of Afghanistan has already made his position clear on where he stands on future alliances and partnerships. Adding to that, the inauguration of Chabahar Port in Iran and shipment of first consignment to Afghanistan — a gift from India — also rang alarm bells vis-à-vis Pak-Afghan trade and Afghanistan’s declining reliance on Pakistan for transit trade. 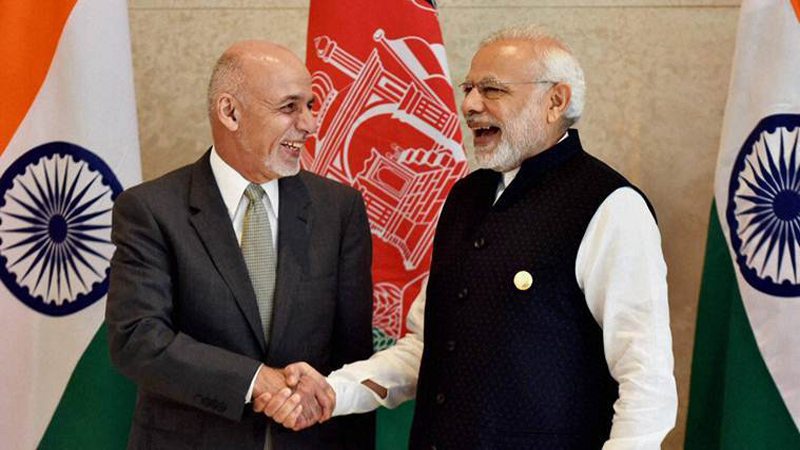 In order to pacify future repercussions resulting this changing situation and adhere to this new paradigm shift in the region, both the civilian and military leadership in Pakistan is scampering for new alliances and regional partnerships. With Khawaja Asif already making important state visits in recent months, especially that of China, Chief of Army Staff General Bajwa chose Iran for his high-profile visit. For Pakistan, General Bajwa’s Iran visit at least helped dispel rumours that Tehran was colluding with India and Afghanistan (read Chabahar) against Pakistan.

On the other hand, for India and its media, the South Asian battle for strategic importance has already been won. New Delhi believes that the US scolding and alleged abandoning of Pakistan is a ‘welcome change’. Also, the US position on CPEC — claiming the CPEC passing through disputed territory — has also brought unparalleled joy to India.

In order to pacify future repercussions resulting this changing situation and adhere to this new paradigm shift in the region, both the civilian and military leadership in Pakistan is scampering for new alliances and regional partnerships

Unfortunately for India, it is a bit too early to celebrate.

How can New Delhi assume that the US can seriously consider abandoning Pakistan at a time when its forces have failed to gain any ground in Afghanistan?

Also, can Trump risk isolating Pakistan, especially when his country alleges Islamabad of having ‘control’ over the Afghan Taliban, especially the Haqqanis?

It seems as if the whole Indian narrative is based on undermining China and its flagship China Pakistan Economic Corridor (CPEC). Chabahar Port’s inauguration has been boasted in the Indian media as the ‘next big thing’ for the region and that it can easily compete with CPEC’s Gwadar port. Sadly, though, it is such a narrative and approach that impedes regional growth, cooperation and development.

Where both Gwadar and Chabahar can work in sync — and bring together India, Pakistan, Afghanistan, Iran and China — India seems to be aiming for a zero sum game; taking joy in competing with an economy (of China) far greater than its own. The South Asia and Af-Pak region can’t afford such self-proclaimed chest thumping at such a critical juncture in time.

The Taliban, as per recent reports, control their largest territory in Afghanistan since they were overthrown from USA in 2001. Not only this, but a recent Guardian report also revealed how Taliban militants, previously based in Pakistan’s FATA, are now moving towards Iran because ‘they don’t trust Pakistan anymore’. Such transnational movements by a militant group bears major risk of destabilising the whole region.

Such groups should be seen as a mutual problem, rather than perceived as one proxy against the other. India, Pakistan and Afghanistan need to recognise that the region’s security and economic progress can only be achieved through mutual cooperation. Without such multi-lateral cooperation, with militant groups hurting most of the region, achieving peace would remain a distant and improbable proposition.

The writer is a PhD (Politics) Candidate studying at the University of Newcastle, NSW, Australia. He also consults Islamabad based Center for Research and Security Studies. He tweets @faruqyusaf