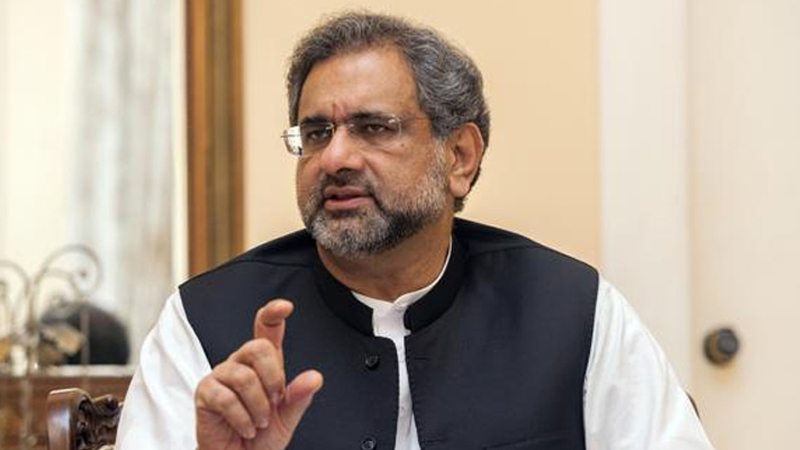 Stopgap Prime Minister Shahid Khaqan Abbasi, who flew to London on Friday, for the second time in a week, is finding it hard to continue his balancing act on the tightrope.

This rope is being pulled by the tough and demanding duties and obligations of his office at the one end and his disgraced political boss on the other.

Abbasi, a wildcard option picked by Nawaz Sharif to occupy the top office as he exited, has so far shown no aggressive decision-making power.

He has been unable to get any relief for his convicted leader or get an ‘NRO’ for the family in return for safe exit and a Musharraf-style self-exile. He has also failed to impress as a leader in his own right who could generate trust and confidence in the deep establishment, his own political party and the thinking classes.

Both the sides are battering Abbasi. Sharif is forcing him to extend illegal and unjustified protocols and protections, he is unable to replace or touch Ishaq Dar who has all but sneaked out in PM’s plane, probably not to return, he cannot even remove any bank president or executive even though courts have ordered their arrest. That paints him as a dummy. On the other side the state wants that a stable, credible civilian government should handle burning issues like the economy, terrorism and a fast changing regional and international situation but no one thinks Abbasi is capable of such big tasks.

Thus everything is by default being run by those who think they can handle it, no matter who the PM is.

Nawaz Sharif, who pushed himself into a blind alley, is now trying to use parliament to give him some relief but it is asking for the moon in the present day mess.

All political leaders, including Asif Ali Zardari, the Gujrat Chaudhries, MQM, some top bureaucrats and even Shehbaz Sharif, are feeling the heat of some type of across-the-board accountability and no one is ready to bail Nawaz out. Parliament is thus a lame duck, unable to assert in any way.

In this milieu Nawaz Sharif and even Abbasi fear that matters could soon hit a brick wall that may force the establishment to bring in a government of technocrats. Interestingly, only PML-N leaders have expressed these fears at the highest levels.

While options for Nawaz are shrinking by the day, notwithstanding the time his legal team can gain through legal manoeuvres, the D-day is not far off as ultimately the Sharif family will be confronted with the million dollar question that has not yet been answered – “where is the money trail”.

Abbasi recently aligned himself with Shehbaz Sharif and Chaudhry Nisar to persuade Nawaz not to go on the warpath too fast and too far but Nawaz believes this is his last battle and if he surrenders, he would be gone for good. So he has returned to fight it out, ignoring Abbasi.

Thus Abbasi’s options are now fast dwindling and his rush to London, where Shehbaz Sharif, Ishaq Dar, Kulsoom Nawaz and her sons are already present, may then be the ultimate consultation on how to push Nawaz away from a 1999-type suicidal policy. Nawaz is being told not to follow the slogan: “It’s my way or the highway”.

If Abbasi gets too frustrated with sheer stubbornness and the adamant attitude of Nawaz, he could either quit and let things drift where they may or he may join others to continue his role in national politics without Nawaz.

Both are difficult options – Abbasi’s rope is tight but not a long one.