When Kenya falters, its ramifications create an imbalance in the East-African region in several ways

An enlightening Kenyan proverb says: a man stung by a bee does not destroy all the beehives. Kenyan politicians need to take a cue from this ancient wisdom. In their unrelenting efforts to deprecate each other, President Uhuru Kenyatta’s Jubilee Party misused the legislative body and coerced the highest institute of justice rendering it subservient which let a highly questionable re-election go ahead. His arch political rival, Raila Odinga continues to be adamant in his efforts to be the first citizen and is considered to be equally responsible in severely maligning the geo-political goodwill and socio-economic confidence that Kenya has so painstakingly earned to become a regional powerhouse.

Opposition leader Odinga’s call for the boycott of products manufactured by companies controlled by hardliners associated with President Kenyatta sends out a wrong signal within business circles. It projects Kenya to be a country at war with itself.

When Kenya falters, its ramifications create an imbalance in the East-African region in several ways.

Trade wars could escalate, which neighbouring Tanzania is quite keen on but unable to initiate because Kenya is the pivotal regional economic powerhouse. Inland members of the East African Community (EAC) namely Uganda, Burundi, South Sudan and Rwanda would face trade and industry challenges since they are highly dependent on the Kenyan sea-port in Mombasa for its supply of consumer products and the import of industrial raw materials.

The Ugandan economy registered a sluggish first quarter. “We are more concerned with events in Kenya which is a key trade partner. The Kenyan route is a risk factor because it affects our exports, and collection of import duties and our growth projections depend how the events unfold” said Dr Albert Musisi, Commissioner at the Ugandan Finance Ministry.

Places as far as the eastern DR Congo feel its economic affect as the Northern Corridor, the strategic transport route in East and Central Africa provides a gateway through Kenya.

Economies in places as far as the eastern DR Congo are affected as the Northern Corridor, the strategic transport route in East and Central Africa, provides a gateway through Kenya

With the holiday season approaching, tourism is expected to take a beating as Kenya is the starting point for travelers preferring a ‘circuit package’ across east African countries. Ahead of the highly significant World Travel Market in London earlier next month, the political unrest in Kenya is expected to have an immensely adverse effect on the EAC’s tourism and the hospitality industry as a whole.

Kenya continuous to go through tempestuous moments even after two back-to-back elections. Kenyans, particularly the business community and trade unions need to push for reconciliation.

Bordering countries have resorted to using the port of Dar-es-salaam and the longer Central Corridor through Tanzania. It wouldn’t be long before other African trade blocs like the larger African Economic Community (AEC) and its pillar groups like the Common Market for Eastern and Southern Africa (COMESA) and the Regional Economic Communities (REC) would follow suit in search of feasible alternatives diminishing Kenya’s strategic advantage. 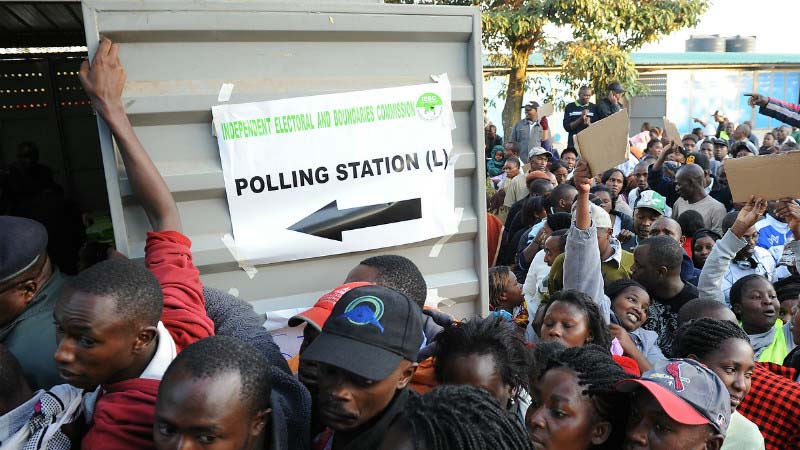