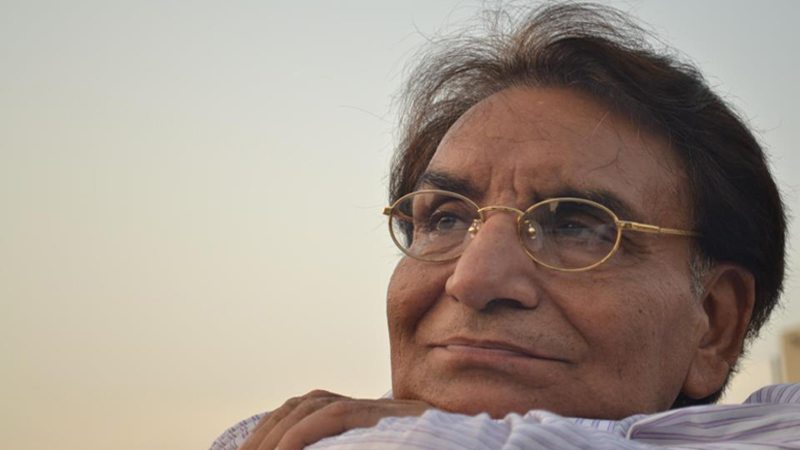 The author addresses children aged between 12 to 18 years of age, stating that he travelled back to the days of his childhood while writing this novel.

Hafeez Tahir is the most famous and experienced TV Producer & Director, Anchor, Poet, Novelist, Drama Writer, Column Writer, Copy Writer and Still Photographer of his times. Hafeez Tahir has directed the most popular and famous PTV serial “Ainak Wala Jin” which was recorded for five years and telecasted for fifteen years. This serial bagged six PTV awards including director of the decade, two Graduate and numerous other awards. His new novel ‘Manzil Manzil’ vouches for his love for children. He has written this novel for the youth between 12 to 18 years of age. The approach adopted is that of a drama script with various scenes dropping in and out. Two stories, one of a rural boy and the other of an urban boy develop in parallel.

Khalid’s mother reveals that her real son Ashraf had died in a motorcycle accident long ago. Khalid came into her life after he was left on the doorstep and adopted by Rasheeda and Ali Asghar

Hafeez Tahir is the author of two poetry books “Aathwan Rang” and “Zar-e-Zameen”. Initially, he worked for Nespak in the Publications Division headed by Farooq Zameer Ghory. He was later selected by Pakistan Television Corporation as Programmes Producer. He has also produced drama serials and live shows for PRIME TV channel in Pakistan and UK. Presently, he delivers lectures on Script Writing regarding documentaries, TV Dramas, TV shows, movies and short films in the University of Punjab and in the University of South Asia, Lahore.

The author addresses children in the introduction to the book under review, stating that he travelled back to the days of his childhood while writing this novel. In the flap cover, Mustansar Hussain Tarrer stated that all his life he desired to write a novel for children that he could not. According to him, doing so was a big challenge. He thanked Hafeez Tahir for accomplishing this feat.

We shall give a gist of the story first. The first scene establishes the character of mother Rasheeda and son Khalid, where the mother wakes up the son so he can take his breakfast. It is a poor house in a village where she cooks by the fireplace while burning the wood below. She has previously worked at various houses to save money to buy a cow. The next scene establishes the mother taking her son for admission in a school. Here, in the wake of bad company he gambles with friends while they play ‘Lattoo’ (Spinning Top). This toy has been in existence for thousands of years. Like many traditional games, such as marbles, the earliest tops are made from clay, and were discovered in the Middle East as early as 3500 BC, so it is likely that children would’ve been spinning small rocks long before. Khalid keeps on pestering his mother with questions about his father, and she is unable to satisfy his curiosity. One day Khalid discovers that his mother has sold the cow to pay back her loan. He also discovers that his father Khawer is due to return. Khalid is shocked to see a fortyish young man, Khawer entering the house, who does not greet him with love. He starts quarrelling with his mother and Khalid hears him say that he was not his father nor was Rasheeda his mother. Later, Khalid’s mother reveals that her real son Ashraf had died in a motor cycle accident long ago. Khalid came into their lives after he was left on the door sill and adopted by Rasheeda and Ali Asghar, his real father. Khalid rushes to school and enters his father’s real name in the registration form (Page 36).

One day Khawer abducts Khalid and tries to sell him. Unsuccessful, he brings them to a deserted house to find another buyer. Khalid comes across another abducted child, Parveen, a girl. Both beg to the guard to let them free, which he does. Both children run and pass through a jungle. Followed by motor cyclists they are rescued by a gypsy Karam Dad who earns his livelihood by his monkey’s feats. He promises both that he would help them locate their houses, as his profession took him to different places for his shows (Page 70). After great trial, Parveen’s house is located and she is returned back to her parents. Khalid keeps his show as number two to Karam Dad. Khawer and his accomplice Yawer reach Parveen’s house but come to know that the dwellers have left it for their journey to another place. Parveen’s parents have shifted to Sagheerpur.

A parallel story now develops in a large bungalow of Defense area, where a boy Salaar is hospitalized. The new servant Shahnaz has been feeding the child slow poison on a daily basis, because of which the boy often feels dizzy and gets out of senses. Shahnaz regularly phones her accomplice, ‘Big Boss’, that things have been going their way. In a scene, Shahnaz begs Salaar to sit in a revolving swing in the Mini Golf Park despite the landlady Hira’s instructions not to do so. Salaar loses consciousness and is taken by Shahnaz to the hospital with an accomplice driver (whom she gives a thousand rupee bribe to) without informing Hira, Salaar’s Mom. The boy’s mother soon gets suspicious of her servants. Shahnaz is instructed to double the doze of poison in Salaar’s drinks by Big Boss. Despite all of this, Salaar tops his exams at school. 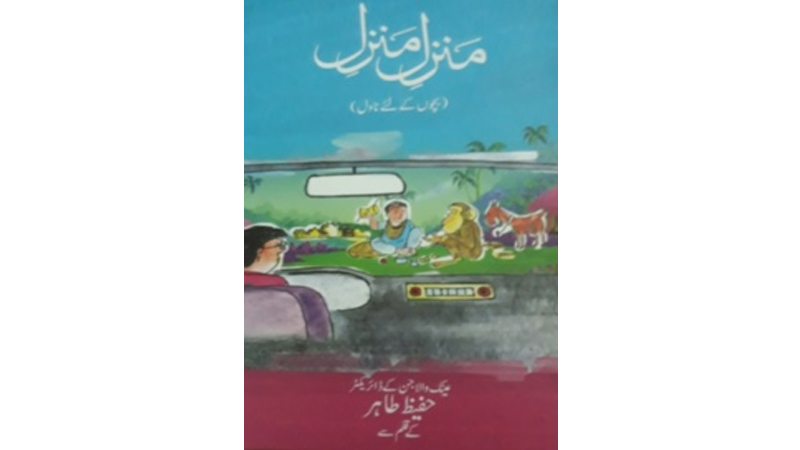 In a dramatic coincidence, Salaar meets Khalid on the roadside where Khalid is conducting a show with the monkey. Upon his insistence, Hira takes Khalid, and his monkey and goat to her house to stay (Page 109). Karam Dad is caught on a factitious theft case by the police, and Khalid sleeps in the servant room. Khalid and Saalar play with their manual and electric spin tops respectively. Shahnaz tries to scare Khalid by visiting his quarters in the disguise of a witch. In another scene, Ali Ahmad who is in the custody of Big Boss refuses to sign the property papers that go in the latter’s favor. Meanwhile Salaar and Khalid catch the witch who turns out to be Shahnaz. When the boys inform Hira, Shahnaz vanishes, leaving behind a bottle of poison in her quarters. Hira registers an FIR against her for attempted murder of her son, but Shahnaz is now kept captive by Big Boss in one of his basements. The story unfolds when Big Boss turns out to be the step brother, Arshad, of Ali Ahmad – his captive in the basement. Since he is number two to Arshad to know the story, he too is imprisoned in the basement. Meanwhile, Hira goes to the village and has Karam Dad released. Karam Dad begs for Hira’s leave from her house. The story takes many twists and turns with a happy ending and both families unite, while Arshad is sent behind bars because of his nefarious activities.

This novel, the way it has been written, can easily be made into a feature film. All chapters have been written like independent scenes. It has all the components of an entertainment formula: the jugglery, the smuggling, the good and the bad. The language used is simple and many episodes in the story shall serve as main attraction to the children aged between 12 to 18 years of age. In the language of Amna Mufti, this novel is a Magnum Opus!