From the time of independence, Pakistan’s foreign policy objectives have remained in fluctuation. Of course, there have been some constants, such as close cooperation with the US, deep security commitments to Saudi Arabia and highlighting the Kashmir dispute at international forums. Yet Pakistan is not oblivious to shifting ground realities when it comes to the changing regional as well as international geo-strategic environment. Meaning that in terms of bilateral dependency, Washington has been replaced by Beijing; aggression towards India by the pragmatism of appeals for dialogue; and, perhaps most importantly, profound efforts have been made to establish a balanced approach to both Riyadh and Tehran.

Today, Pakistan’s foreign policy may be said to have six priorities, including: softening the country’s image on the global stage; enhancing exports and access to major markets; internationalising the Kashmir issue; improving regional connectivity and pegging this to regional security and stability; developing cordial relations with major powers, particularly the US. These are the primary concerns of the country’s state institutions and intelligentsia.In practical terms, these have translated into the visit of the Foreign Minister to Washington, participation in Quadrilateral Cooperation Group (QCG), offering neighbouring countries access to the China-Pakistan Economic Corridor (CPEC), robust multidimensional military operations against terrorists, and proposing mediation between Riyadh and Tehran.

These, however, are not necessarily thought of by the citizenry as being of such paramount importance. For the ordinary individual, America, Israel and India are the usual suspects when it comes to finding someone to blame for all that is wrong with this country in terms of societal, economic and security related issues.

Generally speaking, Pakistani society views different regions through distinct prisms, which has given way to certain sensitivities impacting foreign policy; such as the ingrained belief that the security of Saudi Arabia is the responsibility of every Muslim, regardless of repercussions. This approach has served to hem in Pakistani institutions and intelligentsia, and it is proving almost impossible to reverse this.

Campaigns to convert non-Muslims to Islam, efforts to create ‘Good Muslims’, increasing
anti-American sentiment, a lack of any sense of concrete co-existence have placed numerous hurdles in the path to Pakistan realising its foreign policy goals

Similarly, Europe has long been the preferred hotspot for the elite ever since the country came into being. The region is known for its (comparatively) high standards of human rights and democracy, areas in which Pakistan traditionally falls short. Yet this Euro-centric fixation has not necessarily served us well. In other words, it has encouraged us to ignore our near backyard. Few Pakistanis know how many countries Central Asia is home to. This is a region of crucial geo-strategic importance with untapped economic opportunity. Yet South East Asia remains the closer-to-home elite playground as well as the region preferred by religious hawks to spread Islam. But even this has not paid off.  Not when one considers that despite the overwhelming trade potential with the ASEAN bloc — Pakistan still has a more than $5 billion trade deficit with this region. Moreover, growing extremism has meant that many in South East Asia now blur the lines between Pakistan’s religious class and Islamist terrorism. 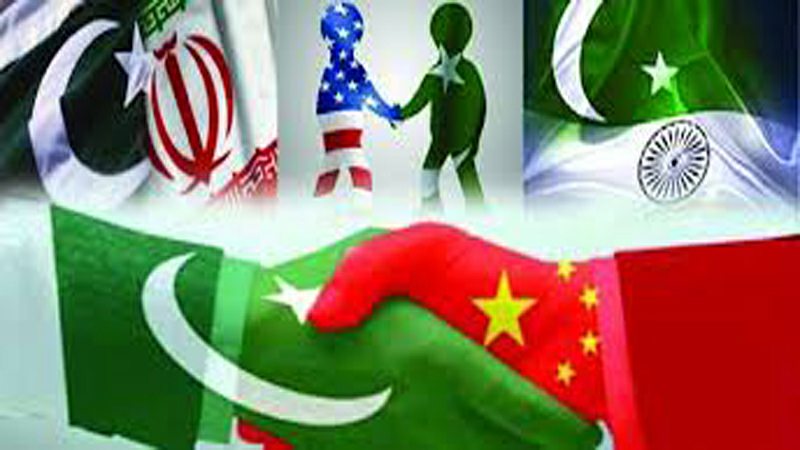 Campaigns to convert non-Muslims to Islam, efforts to recast those already born into the religion as ‘Good Muslims’, increasing anti-American sentiment, a lack of any sense of concrete co-existence have placed numerous hurdles in the path to Pakistan realising its foreign policy goals. Indeed, it just takes one single statement from certain quarters to frame what is going on in Kashmir as ‘jihad’ to undermine Islamabad’s determined efforts at internationalising the dispute. Thus one can observe a clear split between state and citizenry over foreign policy goals. On the one hand, we have an educated youth that is increasingly calling on the country to concentrate on putting its own house in order. While on the other, hawkish elements and religious extremists appear eager to encourage aggressive rhetoric towards India, the US and even, perhaps, Iran.

The key for Pakistan is therefore to strike a balance between state pragmatism and the citizenry in order to secure its long-term interests. A good place to start would be facilitating, where possible, the free flow of information regarding key foreign policy issues. Meaning that we need to go beyond social media. Nevertheless, it is hoped that the latter will join hands with an active civil society as well as an informed academia to promote the message of national interest first and foremost, thereby gradually silencing all the squawking the hawks.

The writer works for IPRI, an Islamabad-based think tank