Pakistan against all odds

There are many forces that have no desire to see the success, progress and prosperity of Pakistan and are engaged in a propaganda campaign to malign this great country. After all there should be no doubt that this is a country with few friends and many enemies

“The Story of Pakistan, its struggle and its achievement, is the very story of great human ideals, struggling to survive in the face of great odds and difficulties.” These words, echoed by Quaid-e-Azam Muhammad Ali Jinnah in Chittagong on 23 March 1948 remain valid even today.

The people of Pakistan must know that it has made a great number of sacrifices to get to the stage it is at today. However, against the backdrop of rapid development Pakistan is faced with serious external threats. There are many forces that have no desire to see the success, progress and prosperity of Pakistan and are engaged in a propaganda campaign to malign this great country. After all there should be no doubts that this is a country with few friends and many enemies.

Following United States (US) President Donald Trump’s 21 August 2017 speech on his new “Strategy in Afghanistan and South Asia”, Pakistan has come under the spotlight as the target of mudslinging by America and India for all that has gone wrong in Afghanistan. It is worthwhile to examine these baseless allegations and understanding the fitna (mischief) behind the recently witnessed scapegoating of Pakistan on the international stage.

The most absurd of these accusations is that Pakistan provides sanctuaries, funding, sponsorship and support to the Afghan Taliban, Haqqani network and other terrorist organisations that allegedly use Pakistan as a launch pad to commit acts of terrorism in Afghanistan. If this was true it would be akin to river flowing downstream to upstream. As the situation is the other way round. The flow of terrorism runs from Afghanistan into Pakistan.

Along with these accusations against Pakistan, often come mentions of the Quetta Shura and Peshawar Shura therefore it is of vital importance to introspect the validity of this claim. Denying that these Shuras ever existed is not going to win any narrative as there is overwhelming evidence of their existence however; this does not means that Pakistan is supporting the Afghan Taliban. In countering the claim that the Afghan Taliban operates from Pakistan, the first argument that must be presented is that the Quetta Shura has been weakened significantly since the killing of former Taliban leader Mullah Akhtar Mansour in a US Drone Strike in May 2016.

America and Afghanistan must realise that there is no logical reason why it would be in the national interest of Pakistan to support militants who kill US and NATO troops. It is also irrational to think that the Afghan Taliban are the puppets of the Pakistan Inter-Service Intelligence (ISI). The Afghan Taliban insurgency is an element of the Afghan Civil War and they have their own vengeance against the US led coalition forces which has absolutely nothing to do with Pakistan especially after coming under attack by the Americans. As the then Pakistan Interior Minister Chaudhry Nisar Ali Khanvery rightly argued that “you cannot expect them (the Taliban) to come to talks after killing their leader.” This thought is much in line with the Pakhtunwali tradition that is encapsulated in the code of Honour, Revenge and Hospitality. It appears very strange that after killing Mullah Akhtar Mansour, the Americans are wondering why the Taliban is fighting them in Afghanistan.

The act of the killing the Taliban chief exposes the shenanigans of the Americans in hindering peace talks between the Kabul government and the Afghan Taliban in order to keep a presence in South Asia. The justification of eliminating Mullah Akhtar Mansour was that he had been a hindrance to peace talks. This has been essentially refuted by Chaudhry Nisar Ali Khan who made the point that if this was the case the Murree talks between the Afghan government and the Taliban would not have been possible.

Assuming Pakistan offers safe havens to the Afghan Taliban then, South Asian analyst must ask the Americans; why if they can conduct such high precision surgical strike in Abbottabad on Osama Bin Laden, if they can have the audacity to execute drone attacks impinging the national sovereignty of Pakistan then, what is stopping them from eliminating these so-called ‘sanctuaries’ if they really exist?

Moreover, intuition will tell you that the Taliban would only need bases in Pakistan if they are unable to function in Afghanistan thus establishing shuras in Pakistan to attack Afghanistan would only be the second-best option for the Taliban. The Afghan Taliban now controls 40-50 percent of Afghanistan’s territory on which their grip is becoming increasingly stronger over time while they are rapidly expanding taking over new ground. The Islamic State (IS) also has its own territory in Afghanistan. In such a scenario, there is no need for the Afghan Taliban to set up camps in Pakistan as they would be safer in Afghanistan which is their own home ground rather than placing themselves at the mercy of Pakistan. 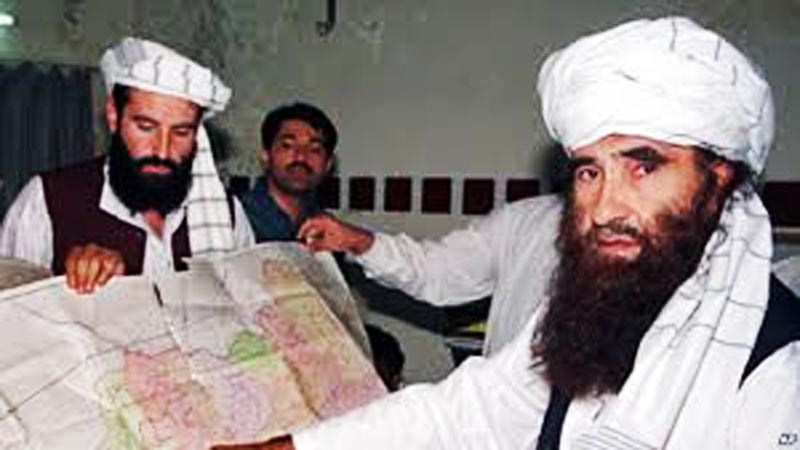 Pakistan also appears to have forgotten to remind the world that although the Quetta Shura existed and perhaps still has some degree of presence, it is Pakistan that had caused severe damage to the Quetta Shura in February 2010 when it arrested several members of the top leadership of the Afghan Taliban. At that time Pakistan received much praise, even from Washington! Hence, Pakistan should acknowledge that there indeed is a Quetta Shura but it has been almost destroyed as result of successful bilateral cooperation between the US and Pakistan. Trump says that “It is time for Pakistan to demonstrate it’s commitment to civilization, order, and to peace.” He must be informed that Pakistan has already done so!

Pakistan must also remain very firm on it’s stance that the Afghan Civil War cannot be fought on the sarzameen (sacred soil) of Pakistan. It should be observed that although Trump has called off the withdrawal of troops in Afghanistan, the Americans are famous for their flip-flop policies. The composition of both the US Senate and US House of Representatives changes every two years after mid-term elections. Also a new President comes into the White House after every four or eight years. If one day the US flips to decide to recall all its troops back home from Afghanistan then the Afghan Taliban is bound to overthrow the Kabul government and come back to power.

This would be virtually identical to how Dr Najibullah’s government was overthrown following the withdrawal of the Soviet Union in 1989. Thus conventional wisdom dictates that Pakistan should not antagonise the Afghan Taliban as they are sure to take revenge on Pakistan if they come back to power. The Afghan Taliban are citizens of Afghanistan and they are waging a war against the Afghan state not Pakistan. Why should Pakistan have any business in fighting the Taliban? It is only in the interest of Pakistan to build friendly relations with whoever comes into power in neighbourly Afghanistan and to play the role of a facilitator of the Afghan peace process which must be led and owned by the Afghans.

On the contrary, the continued presence of US and NATO troops is no blessing for Pakistan. In the “Strategy in Afghanistan and South Asia” speech given by President Trump he had explicitly stated, changing his approach on “how to deal with Pakistan” as a pillar of his new strategy. This was proclaimed while terming the development of America’s strategic partnership with India as a critical part of the US new South Asian strategy. To aggravate matters further Donald Trump has also articulated his desire for India to get more involved in Afghanistan.

Pakistan is accused of providing sanctuaries, funding, sponsorship and support to the Afghan Taliban, Haqqani network and other terrorist organisations who allegedly use Pakistan as a launch pad to commit acts of terrorism in Afghanistan. If this was true it would be akin to river flowing downstream to upstream

The US also has its own vested interests against the success of the China Pakistan Economic Corridor (CPEC). As US Defence Secretary James Mattis said in his testimony to the US Senate Armed Services Committee “The One Belt, One Road (OBOR) also goes through disputed territory, and I think that in itself shows the vulnerability of trying to establish that sort of a diktat” This was a clear reference to Gilgit-Baltistan, which the Indians do not treat as disputed territory but rather live under the illusion that it is an ‘integral part of India.’ Secretary Mattis also established that the “US opposed the One Belt, One Road policy in principle because in a globalised world, there were many belts and many roads, and no one nation should put itself into a position of dictating One Belt, One Road.”

It is rather ironical that America and India are so concern about CPEC passing through disputed territory but it seems acceptable for them to undermine the sovereign territorial integrity of Pakistan. This shows that Americans are now singing to the tunes of India, an outcome of the dedication and effectiveness of the Indian lobby in the US. It is also a key ingredient of India’s foreign policy to foster relations with their diaspora thus allowing India to mobilise them to advance India’s national agenda in foreign lands.

There has been overwhelming evidence to prove that India’s intelligence agency, the Research and Analysis Wing (RAW)is actively supporting separatist insurgencies in Balochistan as well as the TTP. The objective behind this is to distract Pakistan and the world’s attention away from human rights atrocities taking place in Indian Occupied Kashmir and to cause a shift in the deployment of the Pakistan military from its eastern border to the western border. CPEC, which involves both the enemies of India provides a greater incentive for them to destabilise Pakistan. Never mind if the Indians dismiss the confessions of Kulbhushan Jadhav but what about the statements of former TTP spokesperson Ehsanullah Ehsan who resigned from the TTP and surrendered to the Pakistan Army because the terror group was being funded by India.

The recent expression of opposition towards CPEC by US Secretary Mattis makes it seem possible that the American Central Intelligence Agency (CIA) could be encouraging India to continue what it has been doing and would be likely to provide India assistance in their shared nefarious intentions of sabotaging CPEC. The tremendous potential of CPEC in changing the destiny of Pakistan and the region threatens US Superpower status as well as India’s hegemonic ambitions in South Asia.

In this era of great uncertainty and dangers surrounding the nation, Pakistan can seek solace and courage in the words of Quaid-e-Azam Muhammad Ali Jinnah who said; “Do not for a moment imagine that your enemies can ever succeed in their designs. But at the same time do not make light of the situation… very grave and dangerous situations will be facing you. Search your hearts and whether you have done your part in the construction of this new and mighty State.” If Pakistan wants to emerge victorious against all odds then it must never forget the wise counsel of its Quaid.

The writer is an expert analyst on Pakistan’s Foreign Policy. He was a former Research Intern at the Institute of South Asian Studies (ISAS), National University of Singapore. His articles and papers have appeared in many prominent publications such as ISAS, The Daily Times (Pakistan), The Diplomat, The Japan Times, Eurasia Review, Hindustan Times, and Aman Ki Asha. He can be contacted at anishmisrasg@hotmail.com. The views and opinions expressed in this article are strictly personal