Rohingya refugees as pawns in a geopolitical game 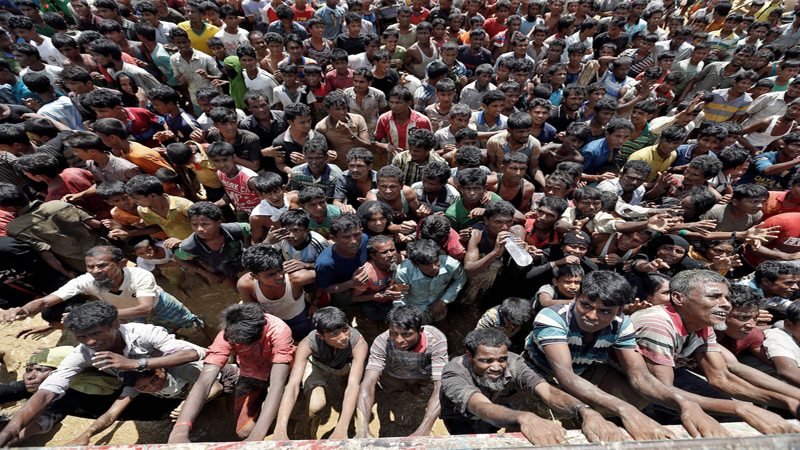 US ambassador to the United Nations Nikki Haley did not mince her words in condemning the Myanmar military’s brutal crackdown that has forced hundreds of thousands of Rohingya Muslim refugees streaming across its Rakhine state border into neighbouring Bangladesh.

The envoy said in a September speech that “the time for well-meaning diplomatic words” had passed and that “we must now consider action against Burmese [Myanmar] security forces who are implicated in abuses and stoking hatred among their fellow citizens.” She also called on Myanmar to “immediately remove and prosecute those accused of abuses.” Yet it is extremely unlikely that the US will take such punitive action, including a reimposition of the economic sanctions lifted last year by then president Barack Obama.

Delaying the planned restart of the US’ International Military Education and Training program, suspended after Myanmar’s military lethally crushed a pro-democracy uprising in 1988, may be as far as America is willing to go in responding to reports of widespread security force abuses against the Rohingya.

Indeed, fears that China may bid to capitalize on the humanitarian crisis to regain recently lost influence over Myanmar will likely restrain Washington from making anything more than symbolic gestures of displeasure. While the West and UN have criticized Myanmar’s “clearance operations” launched in response to Rohingya insurgent attacks, China has lauded Myanmar’s tough tactics to maintain stability in Rakhine state, where Beijing has budding commercial and strategic interests. On October 17, Myanmar Commander-in-Chief Senior General Min Aung Hlaing expressed his gratitude for Beijing’s support on the Rakhine issue in a meeting with Chinese special envoy for Asian affairs Sun Guoxiang.

On September 18, the paper noted that “despite being heavily criticized by the Western media over the Rohingya issue, Myanmar State Counsellor and former Nobel laureate Aung San Suu Kyi has gained popularity with Chinese netizens, who praised her defiance against ‘outside pressure while safe-guarding the people’s interest.'” The mouthpiece newspaper, quoting Chinese social media posts, went on to say that Suu Kyi, who “had long been seen as a proxy of the West…has won cheers…from Chinese online communities who are routinely indignant over Western pressure on developing countries over issues concerning national security.” That de facto official line suggests that China would likely block any US or European Union (EU) attempt to raise the Rohingya issue at the UN Security Council. When the US, EU and Japan imposed sanctions in 1988 to isolate the then ruling military regime, China moved in with counterbalancing trade agreements, official aid and military sales. In turn, heavy dependence on China prompted Myanmar to change political course from direct military rule to the introduction of a more pluralistic political system after elections rigged in favor of a military-backed party were held in 2010, a shift that helped to normalize ties with the US and West, capped by Obama’s visit to the country in 2012.