FPCCI warns of capital flight due to ban on high-rises 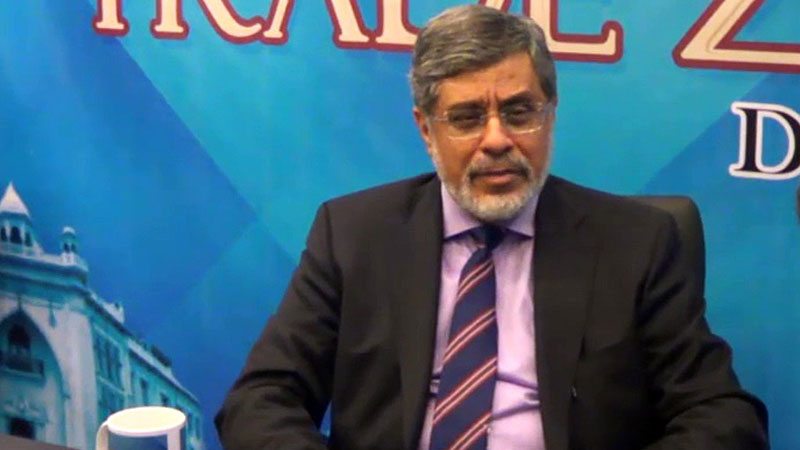 KARACHI: The Federation of Pakistan Chambers of Commerce and Industry (FPCCI) and the business community expressing their displeasure over ban on construction of high-rise and multi-storey buildings in Karachi due to inefficiency of the Karachi Water and Sewerage Board (KW&SB) have demanded to lift the ban as soon as possible.

Addressing a press conference at the Association of Builders and Developers of Pakistan (ABAD) House, FPCCI President Zubair Tufail and former TDAP chairman SM Muneer warned of capital flight due to the ban on construction of high-rise buildings.

They called for immediate lifting of the ban for the survival of the construction industry, which they said was the largest job provider sector of the country.

They announced complete support to the ABAD and observed that flight of capital had been started. “It seems that a conspiracy is being hatched against the provincial government,” they noted.

“The ban on construction of high-rise buildings in Karachi is not fair as this ban has come into force as a result of inefficiency of the KW&SB and other departments concerned,” they said, adding that government departments were hindering progress and development of Karachi.

Being a mega city, Karachi needs vertical construction, said Zubair Tufial, and added that the ban on the construction of high-rises in Karachi was a “wrong decision”. He said that the ABAD should be allowed to install reverse osmosis (RO) plants for their projects. He also advised office-bearers of ABAD to install desalination plants with the support of Chinese investors.

SM Muneer said that Pakistan was facing a shortfall of 12 million housing units and if new houses were not built, prices of existing housing units would increase manifold, “which was in no way acceptable to us”.

He said that the KW&SB had misguided the Supreme Court that high-rise buildings should be banned due to shortage of water. “Many countries, including Dubai and Saudi Arabia have no water, have they imposed ban on high-rises,” he questioned.

He said that how tankers were able to provide water in case there was a shortage of water. Replying to a question, he said that Prime Minister of India Narendra Modi had threatened to destroy the industries of Pakistan and now 80% industries of Faisalabad are almost destroyed.

Mohsin Sheikhani said that thousands of people would lose their bread and butter due to ban on high-rise buildings. The construction industry is on the verge of collapse, which will bring a flood of joblessness in the country, he added.

Arif Yousuf Jeewa said that more than 300 projects were waiting for pproval from the Sindh Building Control Authority. Resultantly, a huge investment of more than Rs 600 billion has stuck up. More than 2 million people will lose their jobs, if the ban on high-rise construction continues, he warned.