Earlier this week, the 50th death anniversary of the Argentine-born Cuban revolutionary was observed worldwide. The man, who was gunned down by the Bolivian army in 1967 while on a mission to spread socialism, is recognised as a popular symbol of revolution and socialism. He is regarded as a martyr in leftist circles across the globe, that associate him with resistance and anti-imperialism.

Born as Ernesto Guevara on June 14, 1928, in Argentina, he became commonly known as Che Guevara. He interrupted his medical studies at the University of Buenos Aires to travel and during one of his travels, he met the brothers Fidel and Raul Castro in Mexico. He joined Fidel Castro as a military advisor in the struggle to overthrow Fulgencio Batista, the US-backed dictator of Cuba. Che also became an active commander as he led troops in guerrilla warfare. 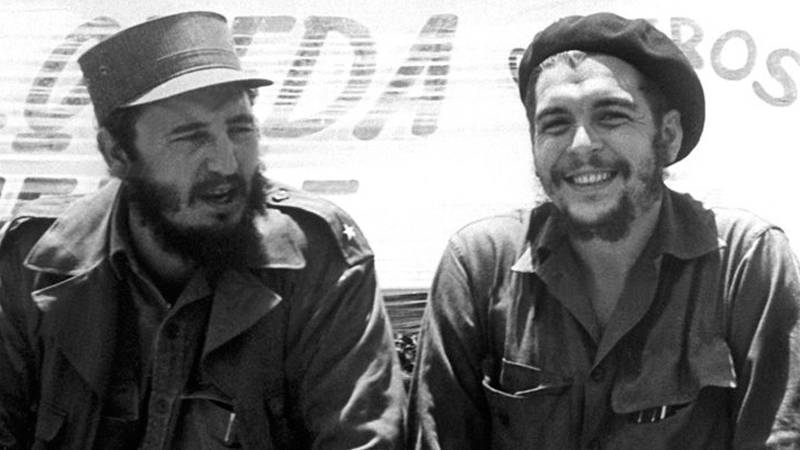 Following the revolution, he took up various positions in the newly formed Castro government. He became the in charge of the La Cabaña fortress prison where he ordered the execution of many prisoners without a trial. Ironically, the same happened to him later upon his capture by the Bolivian army. He expected a trial but was executed after the orders for his death came the day after his capture.

After leaving his post as the in charge of the prison, he went on to become the president of the National Bank of Cuba where he worked to end the dependence of the Cuban economy on the United States and initiated trade relations with the Soviet Union.

Che was passionate about spreading the revolution to the rest of the world but he somehow overestimated his ability when he pursued this goal in Bolivia with only a few guerrilla soldiers. He lost almost half of his military strength during their first encounter with the Bolivian army and the rest of them were forced to retreat to the Bolivian wilderness where they were eventually caught. Wounded and surrounded by the Bolivian army, he announced his name and reminded the opposition of his importance.

He was not afraid of death and only wanted a trial to ensure that his voice reached the masses. There are reports about the Bolivian locals being misinformed about his intentions. 50 years later, the same land where Che was killed, has turned into a tourist attraction and is visited by his followers and tourists alike. Many landmarks associated with him continue to exist as popular tourist spots including the schoolhouse where he was executed.

50 years later, Che’s legacy is interpreted differently by different groups. The leftists constantly refer to his ideology and his struggle and their political ambitions are highly influenced by his ideas. Politicians and activists refer to his speeches and activism time and time again, though not all of them are as enthusiastic as him when it comes to trans-national communism. Che was convinced that his struggle would not end until he could bring an end to the exploitation of the proletariat at the hands of the bourgeoisie. He was dedicated to his mission and was willing to go an extra mile to achieve his goal and died fighting for it. While many continue to remember him as a symbol of freedom and proudly wear t-shirts boasting his image, there are very few people who are actually willing to own up his legacy by engaging in the struggle to end inequality and poverty from the world. The times have changed and the circumstances have changed but inequality still exists, the class difference still exists and poverty still exists.