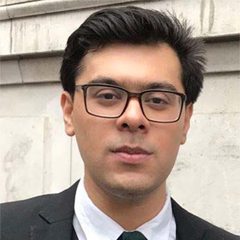 Justice Mohammed Munir is a forgotten name in the political history of Pakistan but perhaps his indirect contribution to political upheavals and legitimising military dictatorial rules is essential. A judge of the Chief Court of Pakistan in 1954 (presently known as the Supreme Court of Pakistan), Justice Munir invoked Henry De Bactron’s doctrine of necessity, a doctrine which is the basis on which extra-legal actions by state actors, in a bid to restore order, can be termed constitutional. While hearing the appeal on Governor Ghulam Muhammad’s decision to dismiss the constituent assembly, Justice Muhammad Munir regrettably and preposterously argued that the wellbeing of the people was the supreme law, hence it was reasonable under the doctrine of necessity to oust the entire constituent assembly of Pakistan because it was ‘unrepresentative’. As undemocratic as this decision was, little did the Judge, politicians, legal experts and the distinguished journalists of the time realise that this doctrine would be a tool that would be used by dictators to attain approval, constitutional cover and a legal umbrella for their illegal actions. Fast forward to 1977 and the same doctrine was utilised by singlehandedly the most devastating ruler the country has seen, Ziaul Haq, to ensure his regime was perceived legitimate as the Supreme Court exonerated Zia’s decision to remove an elected government.

22 years down the road, the Musharraf coup gained a legitimacy label from the court under the same law of necessity. The precedent set by Justice Munir had a deleterious effect on Pakistan as it played an instrumental role in the broader stratagem of dictators to acquire legal cover and consolidate their rule. It became the very vehicle by which they were given clean chits for unconstitutional activities which strengthened their resolve and provided acceptability in public.

But first, the decision itself cannot be left undebated rather it deserves to be put under the microscope. In the first place, Article 62-63 can hardly withstand criticism for if applied literally, the assemblies will fall short of a hundred members in no time. Putting things in perspective, the section 62 1(D) of the article allows only for a person who understands and has adequate knowledge of Islamic teachings, practices Islamic obligations and abstains from major sins is qualified. Now apply that to many parliamentarians, including Imran Khan no less and you won’t have many left behind unfortunately. Instead, the first head to roll might be the cricket legend himself. But the decision, irrespective of the comical aspects of Article 62-63, is hard to comprehend and controversial. So much so that the biggest English newspaper of the country has asked the Supreme Court to present a full review and scope of the judgement. Barrister Salahuddin Ahmed has encapsulated this accurately by arguing that disqualifying the Prime Minister on an account receivable which wasn’t listed in the assets section of the nomination papers is legally flawed. Dr Aamir Khan, a writer and business graduate from INSEAD highlighted the same legal flaw. This is primarily because the cash basis system is followed by individuals in Pakistan. In layman terms, any money that isn’t received yet is not registered as an asset until you actually receive it unlike the accrual basis of accounting in which companies register amount receivables as assets. Both the cash basis of accounting and accrual basis of accounting are acceptable under Pakistani law by virtue of precedents.

Legal matters aside, let us put this decision which will act as a precedent for times to come within the context of the institutional power tussle between civil governments and the military establishment

Legal matters aside, let us put this decision which will act as a precedent for times to come in context of the institutional power tussle between civil governments and the military establishment. Local and international media has already pointed to the fact that the inclusion of military officials in the JIT is a signalling of their influence in investigation. The significance of the establishment is such that without their backing and support, it would have been impossible to conduct a thorough investigation of this order. Just 3 years ago, Islamabad’s atmosphere was ripe with news about Imran Khan waiting for the umpire to raise his finger. Prominent journalists like Hamid Mir have pointed out that a conspiracy was being hatched by certain elements to pressurise the government through dharnas. During this term alone, there has been constant back and forth in the power corridors between Nawaz Sharif and the establishment over who gains most political space pertaining to foreign policy on the Indian front, control over development initiatives in CPEC and the Pervez Musharraf trial. In light of this power struggle, this decision can now possibly be manipulated in the future to take an elected Prime minister to court and be put under pressure through this precedent. The legal basis of disqualification is thin and eventually semantic while the overall argument is weak i.e. disqualifying a prime minister under Article 62 1(d). In country where constitutional loopholes like Article 58-2(b) and the doctrine of necessity have been manipulated, twisted and warped to overthrow civilian governments, another loose precedent set by this disqualification leaves another door open for ousting public representatives. In an institutional set up where the Supreme Court is actively expanding its remit to anything that is of public importance (seen by the very fact of entertaining of the case despite it being termed frivolous), a military establishment refusing to free political space for democratic politicians, this precedent has the prospect of upsetting the development of the institutions and norms that our democracy so desperately needs. This, in my opinion, forms the underlying logic to prominent legal expert Asma Jehangir’s statement that this decision will haunt the court in times to come.

Talking recently to a member of the Sharif family made it certain for me that there is a sense of victimisation and reservation over the Court’s decision. Some seasoned politicians like Asfandyar Wali and even Imran Khan himself, who claimed the article could not be implementable, have voiced their criticism. Only time will tell whether the precedent set by the honourable justices of the Supreme Court will prove to be as terrifying as the one set by Justice Mohammed Munir 63 years ago.