Violence in Charlottesville through the eyes of a Pakistani

Here I am sitting in a pedestrian mall of the downtown, Charlottesville. This is the place that attracted global attention in one day as #Charlottesville was trending on Twitter and Facebook. I am here a day after the gruesome incident that took place. There are people gathered on the 4th Street – the same street where a car rammed into peaceful demonstrators and killed 32-year-old Heather Heyer on Saturday. This street has temporarily been turned in to a memorial for Heather and people are assembled here pay their regards and show solidarity.

Being a Pakistani, déjà vu is what I am feeling right now. These scenes, devastating and sad, are not unfamiliar for me. There is sadness in the air. Charlottesville, a liberal college town, is immersed in grief due to a precious life lost. This is an unusual moment for an otherwise lively community. This transcending sorrow can be seen in the eyes of the community members; men, women, children of any race, caste or creed. 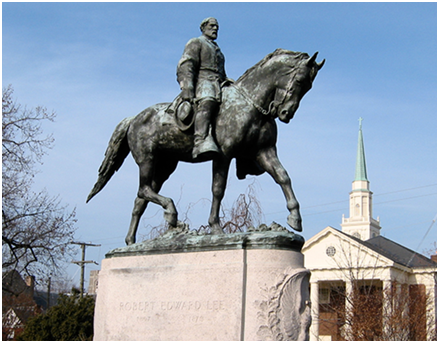 On Friday evening, I was going home after usual day at work and saw hordes of people bearing torches in their hands gathering at a local ground. There were a number of media vans to cover the protest. These torchbearers started marching around the city. They called it ‘unite the right’ rally and were chanting never-heard-before Nazi slogans. This rally was primarily organised by Ku Klux Klan (KKK), a white supremacist organisation that advocates xenophobia and banning the immigrants. The KKK was not that active in the US but a year ago they became energised due to Trump’s election campaign. This was its second rally in the city of Charlottesville. The conflict started over the statue of Robert Lee, a confederate general. The city council of Charlottesville, urged by some local residents, had decided to take down this statue. However, the KKK that romanticises the confederate general, gathered to protest against the decision of city officials. They organised one rally almost a month ago and last weekend they took out the second rally.

While these torchbearers of the KKK were marching and chanting ultra-extremist slogans, the counter-protesters started mobilising as well. The two groups confronted each other and a brawl broke out. A few people were arrested. Crowds dispersed and the activities ended for that night. While walking home, I saw a few Bengali kids playing cricket in a local playfield and a couple of alt-right activists were passing by. I was shocked to hear them uttering anti-Bengalis slurs, including “if they are not here, if we don`t see them then there will not be any racism. They are here that’s why there is racism”. 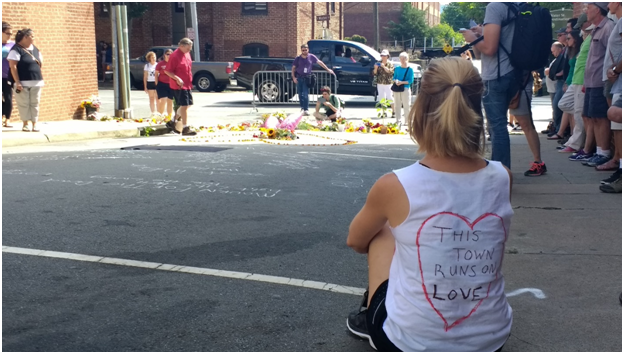 This was not the end, rather the beginning of something ugly that took place the next day i.e. Saturday. The bright morning in the city of Charlottesville was soon going to be the beginning of a gloomy day. The KKK again carried out its rally and it was resisted by a greater number of counter-protesters in downtown Charlottesville. An angry white supremacist plowed his car into the crowd killing Heather Heyer and injuring 19 others. Violent clashes broke out and emergency was declared in the state of Virginia with a countrywide condemnation from almost all circles of life. The ‘White’ House also issued condemnation but refrained from mentioning white supremacists.

The KKK members were using President Trump as their point of rallying – implying some sort of endorsement from the controversial president. People were expecting an unequivocal condemnation from President Trump but that didn’t happen. This act of Mr Trump reminded me of some Pakistani politicians who avoid naming terrorist organisations or individuals while condemning terrorist attacks. However, a majority of Republican senators unambiguously condemned this act of hatred and violence by white nationalists. 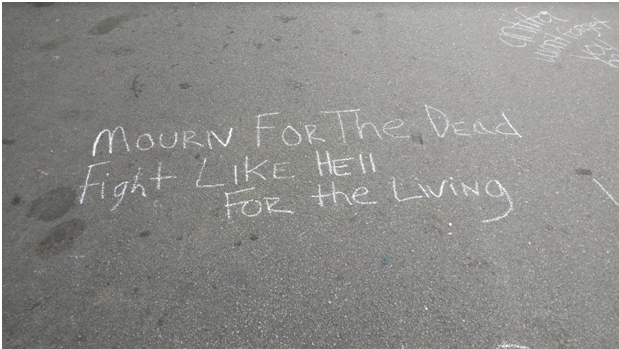 Such incidents are not in sync with the mood of this town. Charlottesville is a diverse locality where people of many religions, races and ethnicities coexist and form the larger community. This is the reason that people in large numbers came out today and showed their solidarity with the murdered woman. People were wearing shirts that had slogans on them in support of immigrants and African-American people.

Being a Pakistani, a person from a terrorism-ridden country, it was an interesting experience to witness these developments. The locals provided immense support to the victims and also assured the ethnic minorities. I as a person colour and a Muslim, like other foreigners, was afraid of the white nationalists who were chanting hate slogans.

I would like to tell my American friends that I don’t see a white supremacist in every White American. Similarly, they shouldn’t view all Muslims as extremists even if a few of us have been involved in acts of terrorism. There are many Muslims, like me, who have risked their lives by speaking up against extremism and are resisting, condemning terrorist organisations worldwide. Bigotry is our common enemy whether it comes in the form of the Taliban or the KKK. We have to fight this hate together, united and strong.

What impressed me the most was the activism by the community after the attack. I saw people mourning for the victims of this terror attack without any divide. This is the practice that is missing in my country. Being part of protests against extremism in Pakistan, I have seen apathy in people who don’t belong to the oppressed community. When I was sitting in the sit-ins for the Hazara Shia community, I was dejected to see only the members of Shia community protesting for their right to live while others didn’t bother to show any sort of affiliation. Similarly, I don`t see any reaction against that discriminatory treatment of Pakistani Ahmadis from other members of society. Pakistanis and people from other Muslim countries who are outraged (rightly so) at racists, Islamophobes and white supremacists should also protest and condemn the extremist organisations within our societies. Minorities like Hindus, Christians, Ahmadis and now to a large extent, Shia Muslims, also want their lives to matter like the minorities of any other civilised countries.

Selective activism is nothing but hypocrisy.

This was an unprecedented moment of my stay in the US. For the first time, I was far more interested in local news than the ones coming from Pakistan. The terror, however, is familiar but the location and people are different.

I am sure that Charlottesville will bounce back strong and more inclusive than ever.

The author is a graduate of King Edward Medical University and has studied journalism and sociology from Punjab University. He is currently conducting research in health in the US. He tweets as @Abbis_Haider