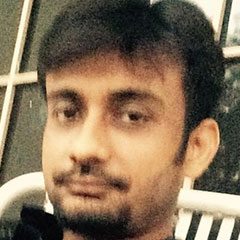 Plenty of ink has been spilled over how it’s in Pakistan’s interest to help US in its fight against Taliban, but little has been said about Iran’s interest in the situation. There are sufficient grounds to believe that peace in war-torn Afghanistan is high on Iran’s list — at least as high as Pakistan, if not more.

Iran, like America, has always been vocal about its defiance to Taliban rule. In 1998, it nearly went to war with Afghanistan citing a deadly attack by Talibans on an Iranian diplomat in Afghanistan. Things are no different today, Iran’s Anti-Taliban notions have only gained momentum as time has passed.

Over the years, several factors have contributed towards Iran’s defiance such as; the unwanted drug trade that fuels Taliban insurgency — being the chief destination of this trade, Iran suffers from a sweeping heroin epidemic.

Iran’s gripping interest in Afghanistan’s stability also stems from its active engagement in Afghanistan’s trade and commerce. Iran is a key economic player in the territory and exports a slew of goods that are critical to Afghanistan includingfood and medicine.Instability in Afghanistan can therefore have a knock-on effect on various fronts of Iran;rising instability can intensify drug trade, sectarian violence and refugee influx, which is all largely unwelcome in Iran.

Although Iran has historically opposed the presence of U.S troops in Afghanistan, it may be willing to accept some troops for security reasons if the region faces instability. Concerns about anti-Shia forces marching into Afghanistan and swarming the land makes one of the most compelling argument for tolerating lingering troops.

If the fear of Afghanistan being led by Sunni Taliban again is not crippling enough for Shia dominated Iran then sectarian concerns, impact on trade ties, and the drug crisis issue is debilitating enough to make it’s skin crawl.

Iran’s converging interests with America allude to the necessity of table talks. The two countries see eye to eye on several levels but if America is ever going to talk Iran into severing ties with Taliban, it needs to figure out, why Iran despite its vigorous opposition towards Taliban, so frivolously supplies arms? Though Iran denies material support to Taliban, international forces have uncovered extensive ties between the two and accused Iran of ferrying weapons like mortars, rifles, machines guns, and grenades. This not only validates Taliban activity but also sabotages the involvement of United States and NATO in Afghanistan.

The withdrawal of international troops from Afghanistan and the resultant uncertainty may have provided stimulus for Iraq to hedge its bets but Iranian aid could also be a result of Iran’s rational or irrational fear that America could someday use Afghanistan territory as a staging ground for targeting Iran’s nuclear facility. Another explanation — and the most plausible one — is Iran’s opposition of US troops,there is a fair chance that Iranian aid is fuelled by hatred for US-led invasion of Afghanistan.

Iran’s converging interests with America allude to the necessity of table talks. The two countries see eye to eye on several levels but if America is ever going to talk Iran into severing ties with Taliban, it needs to first figure out why the Iranian regime keeps supplying arms to the Sunni militia

America may be responsible for meddling a little too much with the affairs of Afghanistan, fuelling hostility and backlash from insurgents. As it winds down the Afghanistan war, the need for exit becomes more evident. Rapid exit, however, can be as detrimental as no exit; it can create an opening for anti-Shia groups, worsening the stability. The answer to the problem therefore lies in finding middle ground.

Iran is deeply engaged in the Afghanistan territory at a political and economic level. It wields reasonable power over Afghanistan, especially among the Shia sect, a sect practiced by comparatively fewer but a reasonable number of people. Iran’s funding of Afghan schools, media institutions, and NGO’s indicates cultivation of ties beyond just the Shia sect.

America needs to understand that Iran’s influence over the region can play a central role in bringing stability to Afghanistan and consequently, the region. Its influence over militant groups and other factions in Afghanistan can come handy in enforcing peace and stability by building cordial relations which will also put polarization to an end.

With the eventual goal of establishing conviction that Afghanistan can take full charge of its security, the war should come to a responsible end. Terrorism should be defeated through deliberations and co-operation between key stakeholders.

The writer is an author, blogger, and social activist. He can be reached at synergical@gmail.com and fb.com/talha.afzal.127