ISLAMABAD: The president has extended the Federal Investigation Agency (FIA) Act 1974 (VIII of 1975) to parts of Khyber tribal region, empowering the political agent with judicial powers and giving policing powers to the local force known as levies or Khasadar Force.

A notification from the Presidency stated that the president, under powers conferred by the constitution, is pleased to direct that the stated FIA act as amended from time to time and enforce in Pakistan shall apply to the area of Khyber agency’s areas such as Torkham Gates, village Bacha Mena, Shamshad Hill top water shed and Ayub FC Picket Kablo Mena in the Federally Administered Tribal Area (FATA), subject to the modification that in its application the said area the said Act shall have effect as if therein. The notification includes nomenclature changes to the office of the levies force, judicial powers for the Political Agent (PA) and that the police act to be implemented in the villages.

Similarly, sub-inspector has replaced Naib Tehsildar Torkham. The term ‘court’ as defined under the amended act would now mean the court of Assistant Political Agent or APA Landikotal.

In addition, the FATA tribunal will replace the high court while the political agent of Khyber agency will have the role of the district coordination officer.

Legal framework would be regulated by the Frontier Crimes Regulation of 1901.

The ‘Evidence Act of 1872’ would be replaced by the Qanun-e-Shahadat of 1984. Following issuance of the notification, the loose Torkham border crossing would remain no longer a loose border and travelling documents of the passengers and papers of loaded vehicles would be properly checked by the staff at the border.

An official working at the Torkham border pass confirmed that the law had now been implemented and they had received the instructions on Friday.

“We will now have the powers to execute our powers in accordance with the new law,” he said.

Now passports and other travel papers will be checked by the border staff. 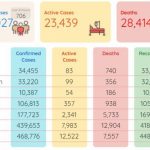