The Kashmir issue is one that does not receive much attention from the international community. One organisation trying to bring more attention to Kashmir is The Jammu and Kashmir Liberation Cell (JKLC). And it does so without the assistance of the local or any international government.The cell is worried that the fast-changing demographics of Indian Occupied Kashmir (IOK) will nullify the United Nations resolutions to see the Kashmir issue resolved according to the wishes of its people. Already, India insists on swapping the resolutions with a bilateral negotiation. However the reality is that whenever Kashmir is brought up, India either spins the topic to call it an indigenous matter or turns the tide against Pakistan by saying Hafiz Sayeed and the Lashkar-e-Tayyiba should be discussed first.

In his address to the UN General assembly, Prime Minister Khakan Abbasi declared Indian aggression at the Line of Control and inside IOK a violation of human rights.The Prime Minister warned, that if India acts on it’s ‘cold start’ war doctrine, Pakistan would give a fitting response. Perhaps it should be mentioned here that Pakistan has been developing Tactical Nuclear Weapons (TNW) as a counter to the Indian cold start strategy.There is nothing new in the Prime Minister’s approach here. The fact is that Pakistan needs to change how it deals with India and the international community if it wants to help Kashmir. And according to a conversation I had with senior members from the JKLC, condemnations and conferences aren’t going to cut it anymore. This is understandable because the phrase “Kashmir issue” has lost it’s meaning. It seems to have become a muddied concept put forward by India through intense lobbying in the US and at the UN. India has been able to internationalize the Kashmir issue as an insurgency instigated by Pakistan. Mere rhetoric against Indian atrocities at LoC or in IOK will get us nothing, just as it is getting us nothing in Afghanistan. In an interview in New York, our PM stated that India has had zero success in Afghanistan. India responded to this by announcing 116 high-impact projects in Afghanistan. The solution to this problem lies in carefully conducted and strategic diplomacy.

Juxtaposing Balochistan with Kashmir enables India to argue that since Pakistan interferes in Kashmir, it can interfere in Balochistan

India has also been able to exploit Pakistan’s trouble in Balochistan to strengthen it’s position in Kashmir. India has been propping up its allies in Europe and in the US to highlight Pakistani government’s effort to subvert the freedom movement inside Balochistan. As well as highlighting our own human rights violations in the province. Juxtaposing Balochistan with Kashmir enables India to argue that since Pakistan interferes in Kashmir, they too can interfere in Balochistan. This also includes the right to train and fund freedom fighters.Recently in Geneva ‘Free Balochistan,’ posters were placed along Rue de Fernery in the Grand Sacconex area. The posters were paid for by ‘Balochistan House’, an affiliate of the Balochistan Liberation Army (BLA).India has also repeatedly rejected the idea of an international mission from the UN visiting IOK to see the situation there for themselves. If it is simply a group of observers who are meant to verify Pakistan’s claims about human rights violations in Kashmir then why are they repeatedly rejected by India? 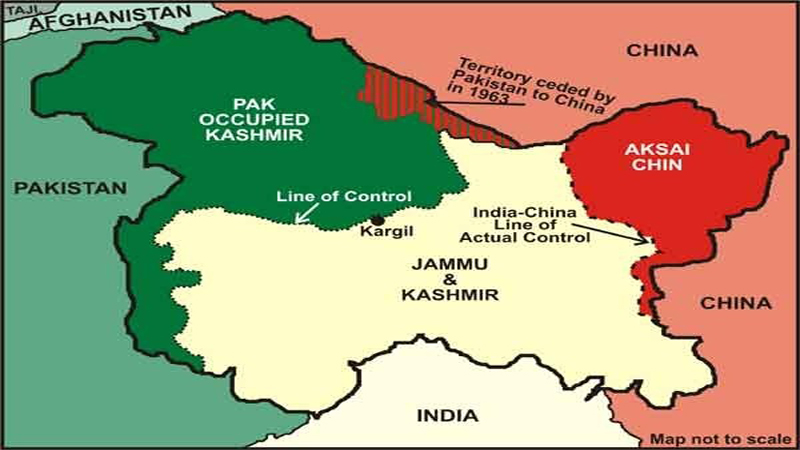 The irony is that United Nations Military Observer Group in India and Pakistan (UNMOGIP) is sitting dormant. Only Pakistan allows the mission to move around it’s part of Kashmir for fact gathering. India has stopped the UNMOGIP from visiting IOK. This one-sided reporting has prevented the UNMOGIP from being successful in it’s effort to restore peace.Though the JKLC has been expanding periodically, no action is taken on the reports it prepares for the changing ground realities in IOK. The national media does not highlight its research, seminars or reports. The JKLC media cell in Rawalpindi does not go beyond making documentaries on Kashmir. Had it wanted, the government could have performed much better in this regard.

The writer is a journalist; she can be contacted at durdananajam1@gmail.com