US gun laws after the Las Vegas terror

It was a cold morning in the year 1996 in Scotland. A middle-aged man, Thomas Hamilton, killed 17 pupils including one teacher at Dunblane Primary School near Sterling, Scotland. Later he committed suicide. It was the deadliest mass shooting, involving guns, in the entire British history.

The year is still 1996. A young Austrian man gunned down 35 innocent citizens and injured two-dozen others in Port Arthur in Southern-Eastern part of Australia. Martin Bryant had started buying guns years before the fateful shooting spree of April 1996. Documented proofs show the tale of his buying different rifles and shotguns, years in advance of the day of this mass shooting. It became a decisive event in the course of Australian gun laws history. 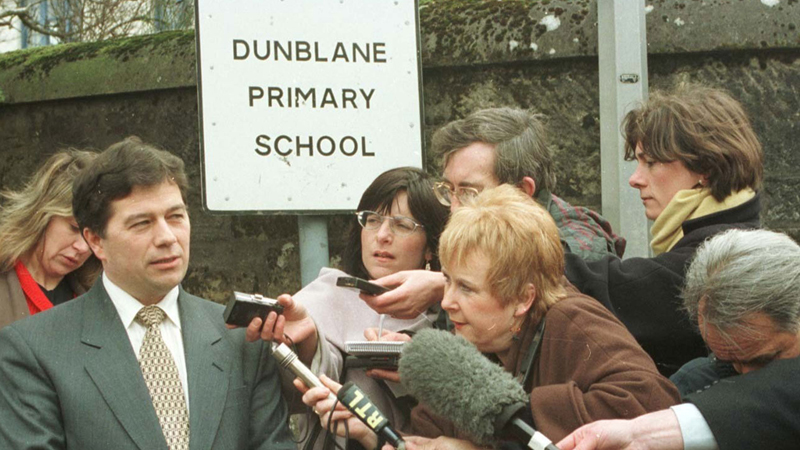 In Britain, Dunblane massacre led to a greater public and political debate. This galvanised a spirit in the political realm and in no time, new acts were passed which limited the private ownership of firearms in most of the UK. From then onwards, these laws have been getting stricter and stricter. Since then there has only been one major mass shooting incident in the UK.

In Australia, the then Prime Minister, John Howard, could not do anything but the introduction of stricter gun control laws in his country during his premiership. It took Australia one major massacre to learn the lesson. In twenty-one years, there haven’t been any major mass shooting but there were three separate events of gun-related attacks that claimed 12 lives in total in more than two decades.

The current gun control laws of Australia, being one of the strictest in the world, do not permit carrying firearms, whether open or concealed. It does simply not permit having guns for even personal protection (exceptional cases exist). While the laws are strict on the implementation side, they are equally strict on violation side with penalties as long as life imprisonment.

Within a year after the historic mass-shooting incidents in the UK and Australia, both countries had stricter gun laws in place. Now dwelling into the gun-related incidents in the USA and keeping 1996 as our base year, till date there have been hundreds of mass-shootings in the whole of US, 71 of them major. As per conservative estimates, a total of 600 lives have been lost while thousands injured in those major 71 events alone. (Just as a side note that Caucasian perpetrators committed half of them claiming half of the lives lost in major mass shootings thenceforth). While the total list of total gun-related incidents in the USA is beyond comprehension and mental tabulation. Only in the year 2017 till this date, there have been forty-seven thousand incidents where firearms were used. Yes, 47,000. Lives lost: more than 11,500. 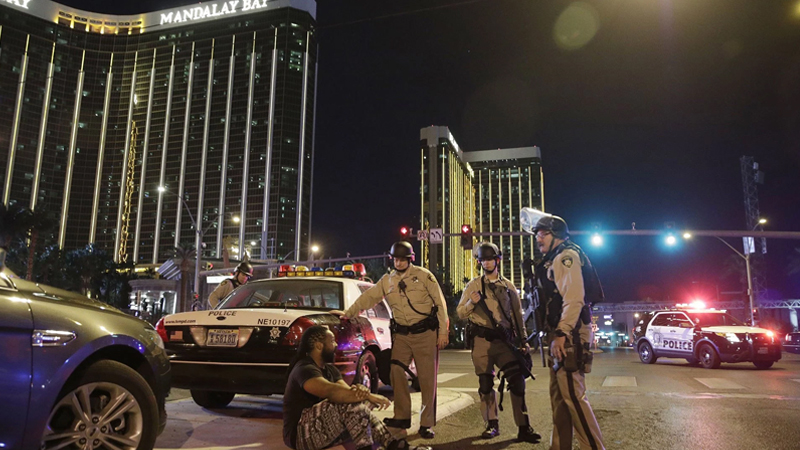 The carnage in Las Vegas on 1st of October 2017 alone has injured more than five hundred people while claimed 58+ innocent music-loving lives. By far the deadliest in US gun-related violence history, committed by Stephen Paddock who is now being termed as a ‘lone-wolf’.When he opened fire from a Las Vegas hotel room, he was equipped with at least 23 weapons and two tripods, set up and with two rifles aimed out of two different windows. It is believed that he killed himself before police squads busted into his hotel room in Mandela Bay Resort and Casino, Las Vegas.

There was a plethora of weaponry found in his hotel suite. There were 23 firearms, including handguns, rifles and hundreds of rounds of ammunition. In addition to the weapons at the hotel, the police have retrieved 19 firearms, as well as explosives, several thousand rounds of ammunition and “electronic devices” from Paddock’s home in Mesquite, Nevada. Obviously, he would have brought this ammunition into the hotel suite in several trips or if in one go, must it not have raised concerns at the hotel. Either way, he managed it without being intercepted, neither at the hotel entrance nor anywhere outside before making it to the hotel premises. While this incident does raise questions about the security standards in hotels, it must not deviate us from the core issue; gun laws.

America’s second amendment gives its citizens the right to own a gun for personal use; for the defence of hearth and home. It has been a rare sight when guns are used for defence purposes. While the gun-laws vary across the states in the US, they pretty much permit any rightful citizen to own and carry a gun.

The state of Nevada, in which the mass-shooting incident of Las Vegas happened, has pretty relaxed gun laws. By law one is not required to have a permit to buy rifles and shotguns. Carrying shotguns, nevertheless, requires a permit. The state of Nevada does not even require weapons to be licensed (with exception of a few counties in Nevada). Residents can buy guns from private citizens, gun dealers or even online. With the exception of government buildings, airport, school or children facilities, residents can carry firearms openly in public. Even bars, casinos, restaurants are not immune. To the surprise of many, there is not even a limit on a number of guns one can possess. Unlimited, it seems, if one wishes so.

In all such incidents, whether the perpetrator is a mentally disturbed person, a drug addict, a religiously motivated fanatic, an angry neighbour, a lone-wolf or a suicidal case; there is one thing in common – guns. By regulating the gun-possession we can at least reduce shooting incidents which have claimed thousands of lives.If we’re not able to overcome depression, substance-misuse, religious fundamentalism, personal grievances, anti-social behaviour and suicidal thoughts, we can reduce the violent incidents by implementing stricter gun laws. Not a bad start I believe. Strict gun laws will prove beneficial twofold. On one hand, where they will help prevent homicides and they will also account for a reduction in suicide rates.

It is never too late to take the inaugural steps in the right direction. The massacre of Las Vegas shooting should prove decisive in the future of the gun laws in the USA. It’s been a while we are trying but “thoughts and prayers” have not had any real positive effect.  Now is the time for the United States Congress to act to legislate stricter gun laws to put an end to the echoing menace of mass-shootings in the USA.

Eraas Haider is a free-thinker. His areas of experience and interest are human rights and human development. He tweets at @EraasHaider