Whenever Shaukat Ali’s name is mentioned among the fraternity of singers, musicians and music lovers, everybody speaks very highly of him.

He must have conducted himself with honour in front of them all for them to speak like that about him. I, for one know that he once climbed all the long stairs of Alhamra Hall Number 3 to pay tribute to my efforts on my book Melody Singers 1 on February 2, 2017 despite that he had a lot of pain in his knee. Not only that, he also performed on stage.

I am grateful to him and pray for his good health. I still remember that on July 14, 2016, the media had reported that renowned folk singer Shaukat Ali has suffered a cardiac arrest during flight while travelling to the United States. The airplane made an emergency landing in Abu Dhabi and Shaukat Ali had been shifted to hospital in critical condition. His son Mohsin Shaukat said that his father was out of danger and needed the nation’s prayers for a speedy recovery. Due to the prayers of the nation, he recovered and returned to Pakistan. I remember that many years ago, when he resided in Islampura, Lahore he used to regularly walk in the adjoining Nasir Bagh to combat diabetes problem. Shaukat Ali is a man of immense qualities. He flocks to condole with the family of his fellow artists the moment any bad news about them reaches him. He also joins them in their happiness. He came and attended my PTV live show ‘Nashist’ in 2006.

Shaukat Ali brings a lot of energy to his performances. His initial love was ghazal singing. He used to sing the ghazal ‘Soz-e-Ghum Se Ke Mujhe Uss Ne Ye Irshad Kiya’ in inter-varsity music competitions when we were also students during the late 1960s

Shaukat Ali, apparently with his rugged looks has given energy to his performances as a singer. His initial love was ghazal singing. He used to sing the ghazal “Soz-e-Ghum Se Ke Mujhe Uss Ne Ye Irshad Kiya” in inter-varsity music competitions when we were also students during the late 1960s. His ghazal “Jab Bahaar Ayi Tou Sehra Ki Taraf Chal Parra” caught the listeners’ ears. Then his Punjabi song “Kyun Dur Dur Rehnde O Huzoor Mere Kolon’ became an instant hit. His medley of Punjabi folk was appreciated on PTV’s Eid show in 1973/1974 where Ajays Band accompanied his performance. 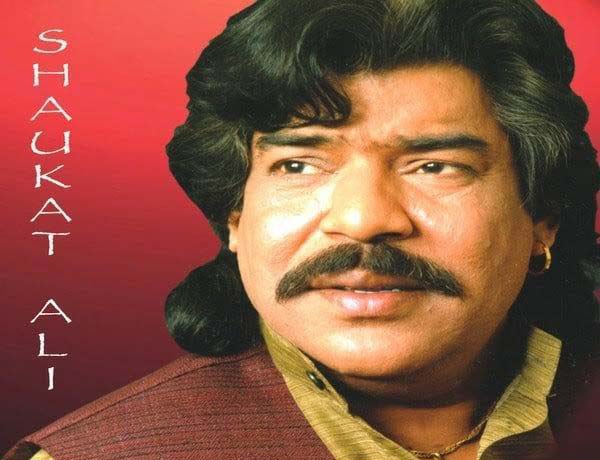 He was an artist full of exuberance whose voice was equally popular in Indian Punjab and in UK. In 1996, he performed in Mohali, Indian Punjab to hundreds of his fans. His rendering of Saiful Maluk and the Punjabi song “Kyun Dur Dur” were included among his performance. Before his entry on stage, he was introduced as, “Shaukat Ali Khan is the king of folk music performances,” at the Mohali International Punjabi Cultural Festival as all the Indian Punjabi singers were sitting just to hear him perform. A great legend, the voice of a koyal (nightingale) Surinder Kaur was seated there as well. It was a wonderful night. A fan observed, “Music and fragrance has no boundaries, as it makes its way into the heart of its lover without any visa or a permit. I hope one day boundaries around people will come down and we will meet, live and love each other like we have been doing for thousands of years.” Similarly during Shaukat Ali’s show in 2000 in the UK, he was declared as pioneer of Saiful Malook. He made this composition in 1965 and sang at the All Pakistan Music Conference. It was observed that before 1965, all folk artists sang with heavy orchestral support but Shaukat Ali changed this tune and gave his own style to the lyrics of Mian Muhammad Bakhsh. Singing Saiful Muluk is Shaukat Ali’s pride and identity. He often used to say that singing Mian Muhammad Bakhsh was neither an easy task nor was easy to digest.

Indian Punjabi singer Harbhajan Mann and Pakistani folk singer Shaukat Ali performed at the 25 Visions of Punjab in Canada. This function was hosted by Iqbal Mahal to celebrate the successful completion of 25 years of popular Punjabi TV programmes in Canada earlier known as Punjab Darshan and later as Visions of Punjab. Shaukat Ali had therefore contributed wholesomely to strengthen the relations between India and Pakistan. In 2008, when Shaukat Ali paid a visit to India, Harbhajan Mann paid heavy tribute to Shaukat Ali saying that all his life he had followed Shaukat Ali’s style of singing. 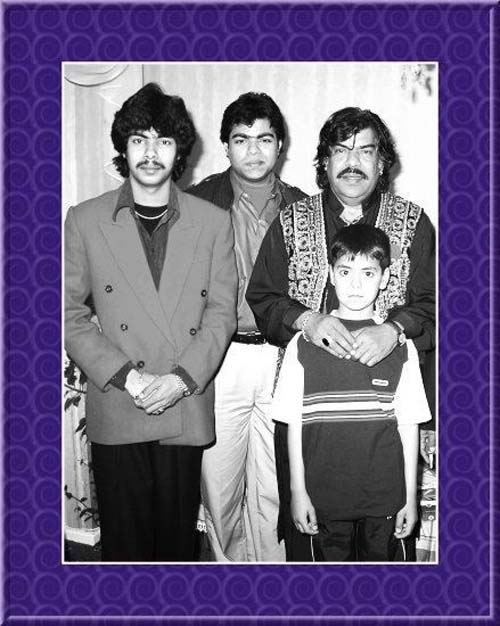 Shaukat Ali has been a patriot all his life. In 1971, he rendered a Milli Naghma with a strong chorus joined in by Bushra Ansari, a celebrated artist of today, Khushbakht Shujaat and Sumbal at Karachi PTV centre. Shaukat Ali thus is one of the best folk singers in the history of Pakistan who sung countless national songs; and is known as a true patriotic singer. One of his patriotic songs is “Aei Pak Watan Tu Rakhshinda Tu Painda” rendered for PTV’s colour transmission. Another memory of those days is Shazia and Shaukat singing “Apna Parcham Ek Apna Quaid-e-Azam Ek Hain”.

I have been listening to Shaukat Ali since his early days when he started singing for Pakistan Television Corporation. His performance of “Challa” was superb borrowed from his elder brother Inayat Ali, a folk singer and a flute player at Radio Pakistan, Lahore. Years later, Gurdas Mann copied it in Indian Punjab. Born into a family of artists in Malakwal, Punjab, Pakistan, Shaukat Ali began singing while still in college in the 1960s, receiving help from his elder brother Inayat Ali Khan.

Shaukat Ali was introduced into the Pakistani film world as a playback singer by the renowned film music director Manzoor Ashraf in the Punjabi film ‘Tees Maar Khan’.

Bollywood has copied many of his songs. “Kadi te hass bol vey” was used in the 2009 Indian movie ‘Love Aaj Kal’. He also released a track titled “Jagga”.

Shaukat Ali has been awarded with the prestigious Pakistani civilian award Pride of Performance in 1990 by the president of Pakistan. He is most famous for singing Sufi poems with great vigour and a wide vocal range like Heer Waris Shah and Saiful Maluk. He also performed at live shows on Pakistan Television. He has trained his son Mohsin Shaukat Ali to replace him. He still performs though the frequency is less and resides in his Johar Town residence in Lahore.