Rise of Fazlullah: Portentous implications for Pakistan  I

After the killing of Hakeemullah Mehsud in a drone strike, a council of Taliban leaders belonging to different tribal agencies and parts of Khyber Pakhtunkhwa (KP) selected Maulana Fazlullah as the head of the Tehreek-e-Taliban Pakistan (TTP). By elevating Fazlullah to the top position, the TTP has not only marked a break with its past but it has also sent signals that bode ill for peace in Pakistan and beyond its borders too.

Maulana Fazlullah, a ruthless leader from Swat, and an Afghan war veteran, is hiding in Afghanistan, according to some intelligence reports. The origins of his Islamic radicalism lie in the historical constitutional travesties of Swat and the Pakistani state’s entanglement in the Afghan war. The princely state of Swat had acceded to Pakistan in 1947, but retained internal autonomy, with its own laws and its own system of justice, army, police and administration. In 1969, laws and administrative machinery, as prevalent in the rest of Pakistan, were introduced in Swat. Bureaucracy conducted the administrative work and justice was provided through regular courts. However, the introduction of regular institutional structures and judicial system reduced the influence of the local elite. Thus acquiescing to the pressure of the local landed classes, Swat was granted the status of the Provincially Administered Tribal Areas (PATA), which was a mix of the old autocratic system and modern political institutions.

The Supreme Court quashed the PATA regulations in 1994, leading to a constitutional vacuum in Swat. As the constitutional crisis deepened in Swat, Sufi Mohammad — a hardline cleric who ran a madrassa in Swat where Fazlullah was educated and who later became his son-in-law — began an armed agitation for Tehreek-e-Nafaz-e-Shariat-e-Mohammadi (TNSM) or the movement for the imposition of sharia.

In the aftermath of the Afghan jihad, the power and prestige of clerics like Sufi Mohammad had increased in Swat because of the infusion of petro-dollars for the establishment of madrassas and their hobnobbing with civil and military officials. Not only were clerics giving the local people Islamic education, they also began settling decades-old disputes and initiated programmes — often, combat training centres — for jihadist indoctrination of the jobless, landless youth. Khadim Hussain writes in The Militant Discourse, “Maulana Sufi Mohammad of the TNSM had passed a decree that turned military training a must (Fard-e-Ain) for all the Muslims of the valley Swat.” And this training was provided through networking with sectarian and Kashmir-centric militant outfits such as the Jaish-e-Mohammad and Harkat-ul-Mujahideen.

After years of an armed movement for the enforcement of sharia, Sufi Muhammad took control of some districts through the use of force. The militant group was dislodged by the Frontier Corps after a month-long military operation. Besides agitating in Swat, Mohammad networked with the Afghan Taliban — with whom he shared Pashtun ancestry and an ideological mindset — and sent recruits across the border to fight on the side of the Taliban in their wars against other Afghan warlords.

After the NATO strikes dislodged the al Qaeda leadership in Afghanistan, Mohammad was arrested at the Pak-Afghan border in 2002 fleeing Afghanistan. During the period of his incarceration, Maulana Fazlullah assumed leadership in Swat, and styled his group on the pattern of the Afghan Taliban. By 2007, Fazlullah had managed to establish his stranglehold in Swat by manipulating the media and targeted killings of religiously moderate citizens of Swat. Earning notoriety as a bloodthirsty militant in Swat, he turned the Green Square of Mingora into an execution centre, where the bullet-riddled bodies of policemen and their so-called informers were hung from the poles and public floggings were held regularly. Apart from perpetrating mass killings, he established a parallel criminal justice system, apparently modelled on Islamic sharia, but extremely savage in its tone and tenor. To stop bloodshed in Swat, in 2008 the provincial government of KP reached an agreement with Fazlullah, dubbed the ‘Nizam-e-Adl’ (system of justice), which granted the Taliban virtual control over Swat to implement their interpretation of the sharia law.

However, the agreement fell apart when Fazlullah’s men attempted to expand their sphere of control to the neighbouring Buner district, and a military operation was launched against this brigand. After his eviction from Swat in 2009, Fazlullah escaped to Afghanistan; he orchestrated cross-border attacks against civilians and security personnel of Pakistan from his hideout in Nuristan. His faction claimed responsibility for some of the worst acts of violence in recent years: the shooting of Malala Yousafzai in 2012, and the killing of General Niazi in 2013.

Despite his proclivity for ruthlessness and ferocious attacks against the security forces of Pakistan, Fazlullah’s rise as the head of the TTP has surprised many analysts. For one, with his appointment, the leadership of the TTP has passed from the Mehsuds of Waziristan to militants of the mainland Pakistan. There are reports that Khan Said Sajna, a Mehsud militant, could not be elevated as the TTP head due to factional fighting amongst the Mehsuds. Prior to the death of Hakeemullah Mehsud, a faction led by Sajna was challenging the leadership of Mehsud, and his operational commander in Karachi had been slain reportedly on the orders of Sajna. Writing in a national weekly, Zia-ur-Rehman notes: “A source privy to a Taliban council meeting said a majority of Mehsud members of the shura want Sajna to be their new emir, but members belonging to the Hakeemullah faction, the Malakand faction led by Mullah Fazlullah, and the Mohmand faction led by Omar Khalid, opposed Sajna. They say he was involved in the killing of Sher Khan.”

The writer is a research analyst based in Lahore 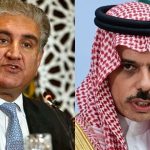