A non-conducive atmosphere for talks

The intense wave of modern day terrorism hit Pakistan after the US invasion of Afghanistan in 2001. Since then, thousands of Pakistani citizens and military personnel have been killed and injured. The economy has been paralysed by terrorist attacks while foreign investment is almost negligible. Public properties, schools and hospitals have been destroyed, creating panic in the country. For almost a decade now the debate has been, and is, ongoing between the political parties, military and the intelligentsia about whether to conduct dialogue with the insurgents or to wage a full fledged military operation against them, and, since 2001, various military operations and dialogue processes have been conducted to tackle terrorism in the tribal areas. None of them have been successful for a variety of reasons.

The current government has selected the option of dialogue to check the growing insurgency and, for that reason, a four-member committee has been formed to negotiate with the Tehreek-e-Taliban Pakistan (TTP). However, the main question is: will the dialogue process be successful? The government committee comprises of Irfan Siddiqui, special assistant to the prime minister on national affairs, Rustam Shah Mohmand, a former ambassador to Afghanistan, journalist Rahimullah Yousufzai and retired Major Amir Khan. Interior Minister Chaudhry Nisar Ali Khan will assist the committee. Of the four members in the committee, none is an expert in holding dialogue or knows how to get the maximum out of the negotiations; their only qualification is that they have ostensibly deep knowledge about Afghanistan. The TTP have nominated various leaders of political parties to constitute their committee and represent them in the dialogue process. One concern is the level of authority given to the representatives from the government’s side and the people on the Taliban nominated committee. It would have been better if the committees consisted only of people in the government and TTP, which would have created direct contacts while the level of acceptance of the proposals would also have been higher.

Negotiations with insurgents are a very complex process and usually have three main principles, which are trust, openness, and honesty. Reviewing these principles we can note that all of them are absent in this case. There is a lack or possibly no trust between the TTP and the government and the examples of this lack of trust can be observed over the last decade. Honesty is about authenticity in being who you are, both in your words and your way of being. Honesty fosters openness and trust, while dishonesty fosters mistrust. If the TTP are honest about dialogue they would not have conducted the recent bomb blasts in Bannu, Peshawar and Rawalpindi — the principle of honesty can be thrown out as well. Openness is both being honest about what you represent and being open to what the other suggests but since the TTP do not even recognise the constitution and are firm about implementing their brand of sharia, the principle of openness is also missing from the list.

The Taliban are obviously not serious about the dialogue and that is the reason they included various persons from the political parties in their dialogue committee instead of actually nominating people from within their own organisation. The people they have nominated will only have indirect communications with them, reducing the chances of actually coming to a viable solution. The TTP knows that the government is on the back-foot and under pressure, and sees an opportunity to further demoralise the people, which in turn will further pressurise the government.

To get the maximum out of the dialogue process, the government has to build pressure on the Taliban. Targeted military operations would help in squeezing the Taliban, creating fear in their minds and forcing them towards negotiations rather than the other way around. The TTP have their perfect hideouts and safe areas; it is only by targeting those areas that the terrorists can be brought to the negotiations table seriously. Right now, the Taliban are responding to the dialogue initiative from the government in order to claim a measure of legitimacy in the minds of the masses while buying time as US forces leave Afghanistan. That would give them a perfect situation; with a long porous border and the support of the Afghan Taliban, the TTP can inflict more damage in Pakistan and try to achieve their not-so-hidden agenda. The Pakistani government should realise the dangers that will follow the US’s withdrawal.

Of all the demands of the TTP, the implementation of their brand of sharia is the primary one; negotiators from the TTP side, Maulvi Samiul Haq and Abdul Aziz, have categorically said there will be no peace until and unless the Pakistani government embraces the TTP’s version of sharia, which is unacceptable to the majority of Pakistanis and to the government.

The Pakistani government should realise that there is no way the TTP will throw down their weapons and live according to the sonstitution of Pakistan. For that they would have to break relations with foreign militants and let go of the financial aid they receive from numerous sources. Reports show that the house in which Hakeemullah Mehsud was living was worth $ 120,000, while the same is the case with the other commanders of the TTP as well. The TTP enjoys power in a certain area and they enjoy the terror they have inflicted on the society of Pakistan. The real question is: will they agree to let go of all the power and authority they have, live like normal citizens and do normal jobs for a living? One demand that might come from the TTP is that they might want to have a control over a certain area and practice their brand of sharia there, a case that the government might not and should not accept. For achieving peace solely through dialogue the intentions of the government have to be clear and create an atmosphere where the TTP agree to a ceasefire as a pre-requisite, since it would take just one drone attack or one suicide attack by the TTP to blow away this dialogue process.

The writer is a research associate at the Regional Peace Institute 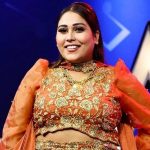 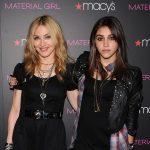 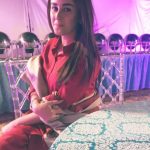 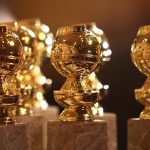 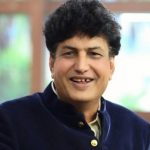