Rupee set for another fall 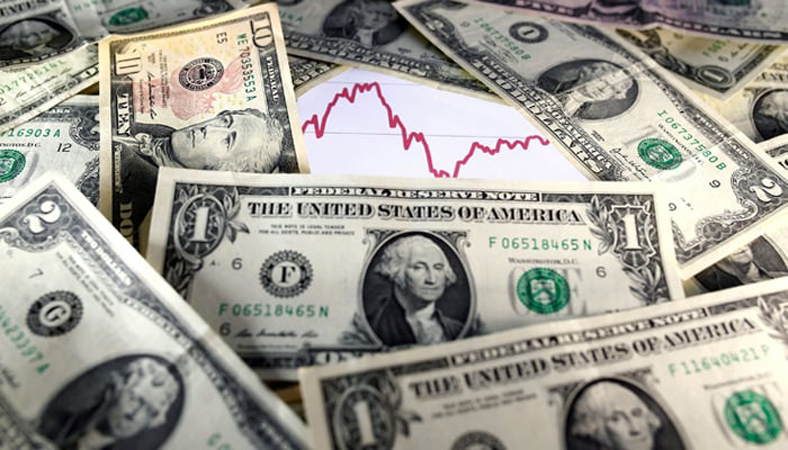 The Exchange Companies Association of Pakistan (ECAP) on Tuesday decided to remove the cap on the US dollar, effective from today to end the surging “artificial” demand for the greenback in the market and let the rupee-dollar exchange rate depreciate to its actual value.

The dollar is currently being traded at three different rates – the official rate of the State Bank of Pakistan, the exchange companies’ rate, and the rate in the black market. The domestic currency was available at Rs250-260 per US dollar in black market these days while the dealers had artificially maintained rupee-dollar exchange at Rs238 till Tuesday.

In a statement issued after a meeting of the ECAP members, the association said it was withdrawing the cap on the US dollar as the limit was causing adverse effects. “There was artificial demand in the market as people would buy the dollar from us and sell it in the grey market,” the association’s statement mentioned, highlighting the impact of different rates. As a result of the people opting for this, the business was shifting from official channels to the grey ones, hurting not only the reserves but also dealing losses to the exchange companies.

“People were buying dollars from open market (at Rs238) and selling in black market (at Rs250-260), making it a business to mint profit,” he said, adding no one was coming to the dealers’ counters to sell foreign currency which resulted into drying up supplies on the other hand. Explaining the reason behind the removal of the cap, the association said that once the dollar was allowed to trade at the market value, the customers would automatically shift from the grey market to the legitimate channels. ECAP General Secretary Zafar Paracha said the decision to remove cap on the exchange-rate would help eliminating the black market and bring back the foreign currency inflows into the formal system from illegal one.

In addition, the International Monetary Fund (IMF) has demanded of the government to end its control over rupee-dollar exchange rate in interbank market and let market forces determine the rate considering demand and supply of US dollars in the system. The local currency in interbank market stands at around Rs230. The government has accepted the IMF condition.Accordingly, the domestic currency is projected to reach at Rs250-260 against US dollar in inter-bank market as well.

Paracha said that as much as 90% of the demand was “fictitious” – people would buy dollars from official channels and sell them to illegitimate dealers. “Through this step, we aim to provide people with the actual value of their money. Supply of the dollar will increase and demand will come down; it will have a positive impact on the market.” Paracha added that although the rates would be determined by market forces, he foresaw the dollar being traded at Rs254-257 – close to the price in the black market. In response to a question whether he believes Finance Minister Ishaq Dar would remove the cap placed on the dollar, Paracha said: “I am hopeful that things will move in a better direction.”

The ECAP general secretary said that in the last 8-10 days, the dollar’s value had increased against the rupee – which closed at 230.40 in the interbank market on Tuesday. “Things will become better as all the forums, including the International Monetary Fund (IMF), are demanding the removal of the artificial cap,” Paracha added. He added that if this intervention did not work, the association would meet again later this week to discuss the future line of action. The ECAP secretary general noted that the remittances – which dropped 19% in December to $2 billion from $2.52 billion in the same month of 2021 – would also witness an increase after the cap’s removal.

ECAP Chairman Malik Bostan said that under the central bank’s directives, importers were being given the dollars received through workers’ remittances. He said that the central bank believed that citizens would sell their dollars to exchange companies, but added that this had also proved to be incorrect as citizens were coming to purchase the greenback instead.

Commenting on the SBP’s directive advising banks to “provide one-time facilitation” to importers in an effort to ease the ongoing crisis, the ECAP chairman said that this had also created “panic” in the market and increased the rate in the black market. He said that the black market needed to be curbed. The only way to do this is to remove the cap on the dollar rate, he said. “When people are able to purchase dollars easily, the rate of the greenback will automatically start to decrease,” the ECAP chairman said. “Remittances will also increase when the intermarket and the pre-market rate becomes the same.”

At the same time, Bostan also called on the nation to “boycott the dollar”. “Pakistan is going through a crisis and needs each and every single dollar. They should boycott the dollar, apart from those using the greenback to undertake necessary travel or fund their education and health expenses.”