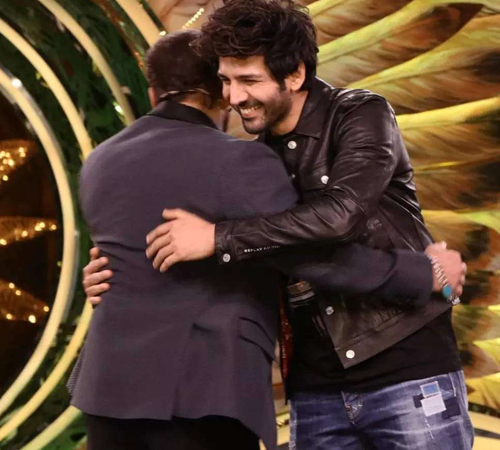 Actor Kartik Aaryan reveals that he once got a very good and unique advice from superstar Salman Khan after he delivered a series of hit movies.

Aaryan has polished himself in terms of acting skills from his first debut film Pyaar Ka Punchnama till his latest film Shehzada. He has managed to make his way through tons of talented actors and making a prominent name in the Bollywood film industry.

He has starred in some entertaining films namely; Pyaar Ka Punchnama 1 and 2, Luka Chuppi, Pati Patni Aur Wo, Bhool Bhulaiyaa 2, Love Aaj Kal and more. The actor is all set to star in another entertainer Shehzada directed by Rohit Dhawan. The film features Kriti Sanon as the leading lady.

Meanwhile, Kartik Aaryan will be next seen in Satyaprem Ki Katha and Ashiqui 3 next, reports IndiaToday.